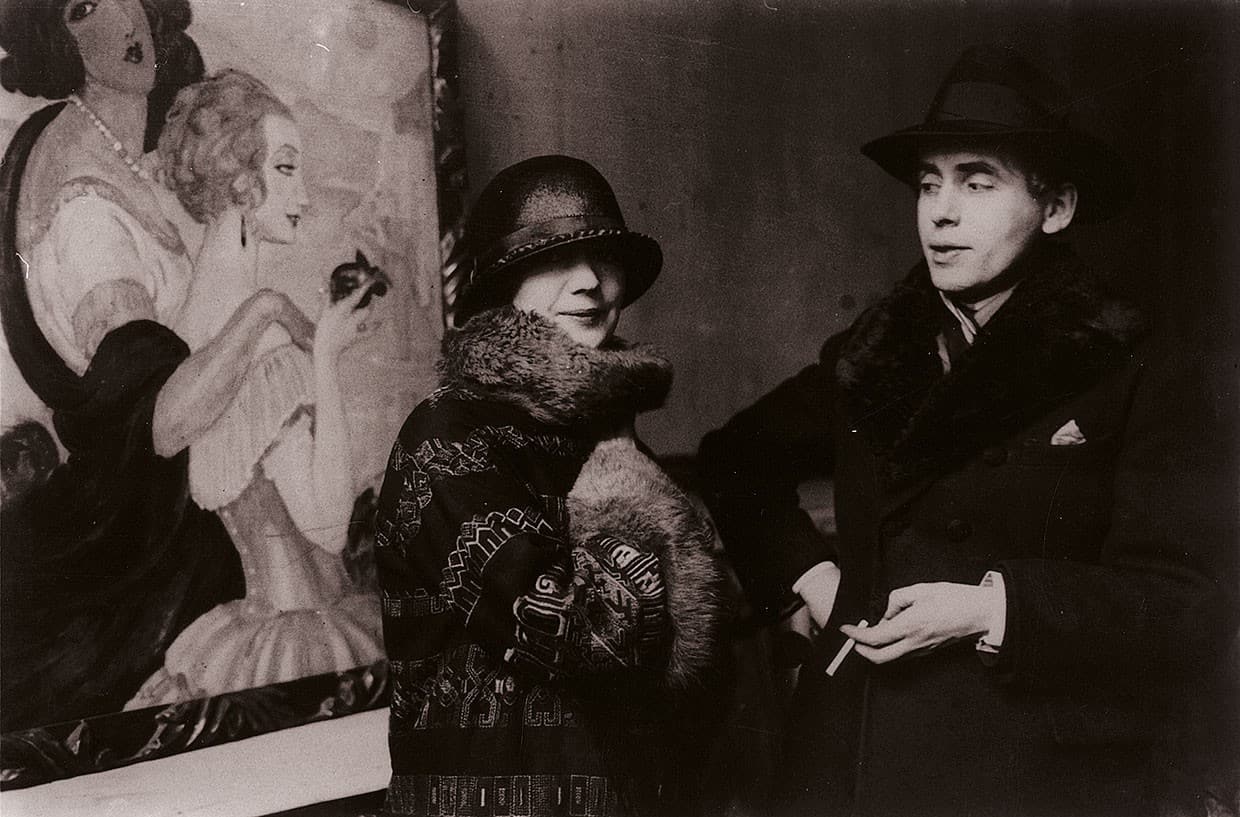 Famous Love: Past and Present LGBTQ Romances to Make Your Heart Melt

As Valentine’s Day nears, we reflect on romantic relationships of the those most influential figures in society. From the ancient times of monarchs and queens to modern day power couples, love in the LGBTQ community shows just how long-lasting love can be. And not just the ones that immediately pop into people’s heads when thinking of couples, such as Ellen Degeneres and Portia de Rossi or Neil Patrick Harris and David Burkta. Here are some couples you might not have heard about before:

Producer Jane Wagner first caught the attention of Lily Tomlin’s eye with an after-school special she wrote called J.T. After Tomlin saw this, she contacted Wagner and invited her to collaborate on a comedy album in 1971. After that, they were inseparable.

Their careers became so intertwined after this that they were given joint star on the Palm Springs Walk of Stars in 2012. The duo is very quiet about their relationship, but they’ve been together for forty-seven years! They officially tied the knot on New Year’s Day, just as 2013 was transitioning into 2014, and have been happily married and in love ever since.

James I and George Villiers

After the death of Queen Elizabeth I in 1603, her younger brother, James took over as England’s ruler. It was said that James had a great series of male courtiers during his reign, but none seemed to hold his heart until George Villiers.

Although King James was married to Anne of Denmark, it was no secret to anyone, including his wife, that he was in love with Villiers. They had a secret passageway that connected their bedrooms and wrote incredibly romantic love letters to each other. In one, James says, “I desire only to live in this world for your sake. I had rather live banished in any part of the Earth with you than live a sorrowful widow’s life without you.”

It was clear Villiers reciprocated these feelings, responding, “I will live and die a lover of you.” Despite the disapproval of the general public, the two continued their swoon-worthy romance for the rest of the king’s reign.

Good Morning America’s Robin Roberts and Amber Laign are very low-key about their relationship, but even with the little information known about it, one can’t help but feel touched by their relationship. In 2013, the news anchor revealed that she was a lesbian in a Facebook post reflecting on her treatment for myelodysplastic syndrome.

The two are perfect opposites, Roberts being incredibly extroverted and Laign being more reserved and quiet, but there’s no one else either woman would rather have by their side. In an interview, Robin said, “She’s been right there beside me every step of the way.” The two have been happily in love for sixteen years, and can continuously be seen traveling the world together on social media.

Wang Zhongxian was the ruler of a small state in feudal China. After hearing about a handsome scholar named Pan, he asked to read his writings, and upon meeting, the two were immediately entranced with each other. For the rest of their lives, the couple lived together, described in the text as having shared bed and pillow and “unbounded intimacy.”

When they died, they died together and were buried side-by-side on Mount Luofu, where the seeds for a tree was planted on their grave. As the tree grew, the branches came to intertwine and merge. Seeing this as a spiritual representation of their love, the locals referred to it as what translates to, “The Shared Pillow Tree.”

Lili Elbe (born Einar Wegener) fell in love with fellow painter Gerda Wegener met while attending the Royal Danish Academy of Fine Arts in Copenhagen, and married each other in 1904. At the time of their marriage, Lili had not yet transitioned. It wasn’t until Gerda’s model didn’t show up for her painting, and she asked Lili (then Einar) to dress like a woman in her model’s place. Lili confessed to Gerda that she had always felt that she wasn’t meant to be a man and that her real identity was trapped inside Einar’s body.

Lili began to dress in women’s clothes more often with her doting wife by her side. Gerda’s wife eventually became one of the first individuals to undergo sex reassignment surgery, the two of them selling paintings to gather enough money to afford them. They lived an incredibly successful and happy life together for many years as painters, and Elbe continued to model in many of Gerda’s paintings.

Unfortunately, the marriage between the two was eventually annulled by the king of Denmark in 1930, after Lili Elbe legally changed her name and gender since same-sex marriage was not allowed, though they parted amicably. Regardless, the romance between them will be remembered for years to come.

Drag queen and tv personality RuPaul himself gets much attention but his relationship with the Australian rancher Georges LeBar does not. The two met on a dance floor in New York City on Georges’ birthday in 1994, and have been together ever since. They are in an open relationship, which (in my opinion) takes two very trusting, open-minded people.

The couple married in secret on the anniversary of their first meeting, and LeBar’s birthday, two years ago. Although they married for practical reasons more so than out of a desire to be married, the two are incredibly in love and have been together for twenty-five years now.

Crazily enough, these two lovers met on The Bachelor: Vietnam competing against each other for the affections of Quoc Trung. When Minh Thu was left rose-less, she approached Truc Nhu in what will forever be an iconic scene as she professes her love for Nhu on live television, asking the woman to come home with her.

Nhu does but ends up coming back a few days later, as neither of them had been in a same-sex relationship before and felt they needed the space to figure out if their feelings for each other were real. However, as soon as they separated, the women knew their feelings were real. After leaving the show, the two started dating, and have been together ever since.