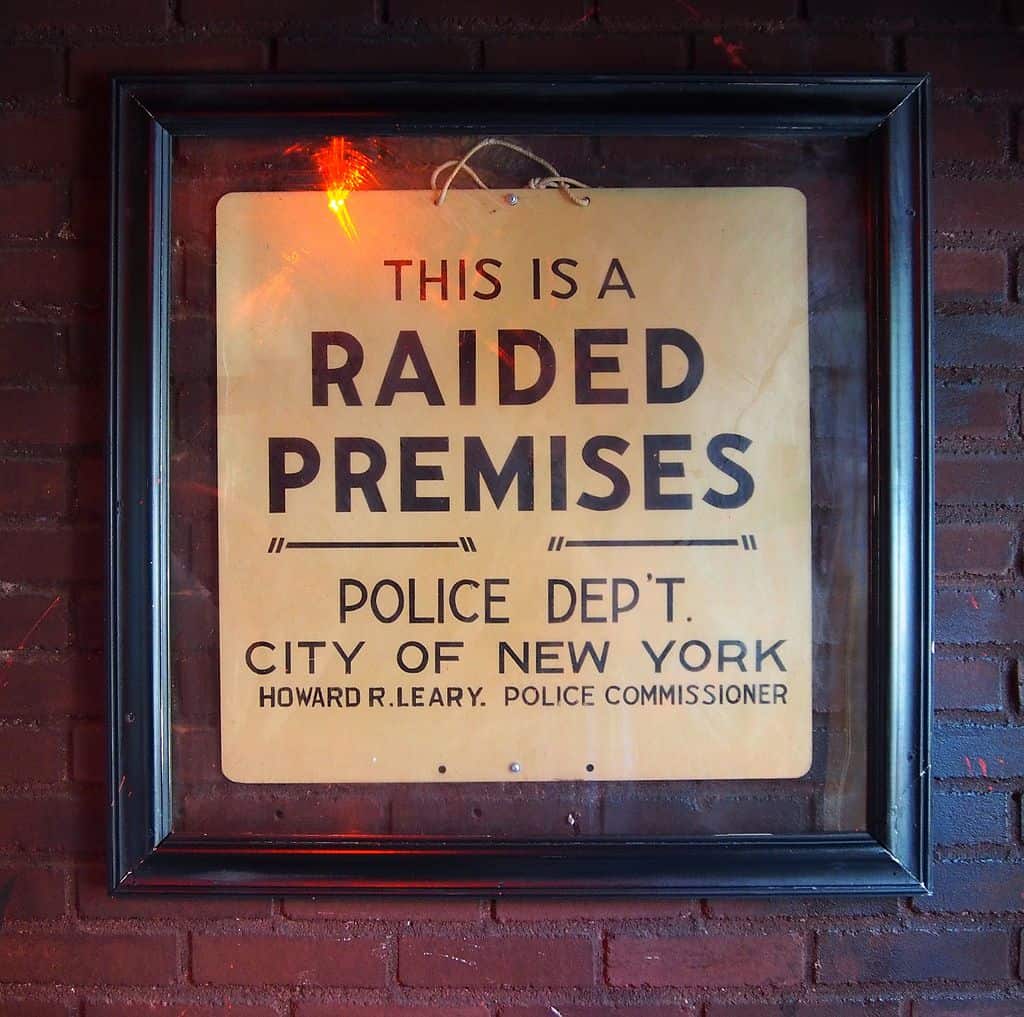 The Evil & The Triumphant of the Stonewall Riots

Morgan Fletcher
Community
June 8, 2018
In 1969, a group of people went to the Stonewall Inn to be themselves, drink, and dance in safety.  None of the partygoers could have known that as they headed out for fun one fateful night, the fight for LGBTQ rights would come out of the shadows and into the streets.
***
June is National Pride Month. Why? Is it because the weather is good, school is out, and summer is always a great time for a party? Nope. Think bigger: On June 28th, 1969, the fight for LGBTQ rights exploded in the early hours of the morning at the Stonewall Inn on the famous Christopher Street in New York City. This event was the catalyst for gay-rights organizations to mobilize and begin their fight for equal rights.
The 1950s and 60s were, in many ways, a dark time for our country. The Civil Rights movement was fully underway, and the infamous McCarthy hearings held America in an invisible prison of paranoia, shame, and secrecy. Most Americans know of these hearings as a witch hunt for communists, but these hearings included anyone and anything that could be deemed “un-American.” Among the suspected communists and anarchists, homosexuals were noted and tracked by the FBI and State Department. Senator Clyde R. Hoey, a Democrat from North Carolina, stated that, “It is generally believed that those who engage in overt acts of perversion lack the emotional stability of normal persons,” and that [government agencies], “are in complete agreement that sex perverts in government constitute security risks.”
In the wake of the Orlando Pulse massacre in 2016, many spoke out that gay bars are still one of the only places that the LGBTQ community can gather without fear of judgment. In 1969, however, police raids were commonplace using laws against gay people. Anti-sodomy laws and gendered-clothing laws, among others, legislated against what was deemed indecency.
The Stonewall Inn was founded in 1966 by the Genovese crime family. Though the bar did not have proper licensure, police were paid to stay away and for informants to notify the owners in the event of a planned raid. The morning of June 28th, that warning did not come. Police raided the bar and proceeded to arrest all patrons. In these raids, police would line up those inside, check for proper identification, and arrest those who did not have ID or were crossdressing. Drag queens and women not wearing at least three pieces of “feminine” clothing were the first hauled off to jail. That night, so many patrons were waiting outside to be transported to jail, that a large crowd of roughly 150 people formed. Tensions flared finally breaking out into full-blown violence. The crowd quickly grew to an estimated 600 people and the police were outnumbered. For approximately four hours, the riot continued. In the end, 13 people were arrested and four police officers were injured. The next night, hundreds of gay people, tourists, and, residents of Christopher Street gathered at the Stonewall Inn. Riots again broke out between 2am and 4am.
These events were what sparked the movement and the event known as Pride. Six months following the riots, activists started three magazines: Gay, Come Out!, and Gay Power. These publications brought the community together, and in December of 1969, the Gay Activists Alliance was founded. One year to the day on June 28th, 1970, the first Pride celebrations were held in New York, Chicago, and Los Angeles. Atlanta followed in 1971 with its own Pride parade.
It is easy to see the progress in same-sex marriage, the repeal of anti-sodomy laws, and an increase in the visibility of our community. But I implore you, 49 years after Stonewall, to remember those who merely wanted to dance and be themselves for a night. Those who unknowingly, with their own blood, sweat, tears, and bravery, initiated a battle that we continue to fight today. We can look back and be grateful that our lives are easier than those who rioted that night thanks to their sacrifice. But I also would remind you that history repeats itself if people don’t stay vigilant.
So remember: Pride is not just a parade — it’s our legacy.