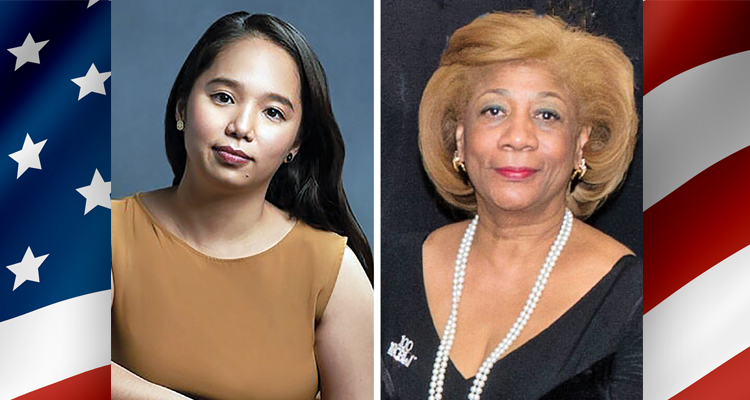 It’s been over two weeks since the October 7 Vice Presidential debate, but many people, especially women, are still talking about the events of the night between Sen. Kamala Harris and Vice President Mike Pence.

During the debate, Harris was poised and determined to make her points for the Biden-Harris campaign. It didn’t take long, however, for her to experience what many women are familiar with: overtalking and mansplaining by Vice President Mike Pence.

In an interview with Georgia Voice, Jane Kim Coloseus, Her Term executive director, said of the debate, “From a personal and professional standpoint, I was not surprised by Mike Pence’s ways of addressing her (Harris), talking over her and not adhering to the rules of the debate that they both agreed on.”

Her Term is a Georgia-based initiative created to recruit progressive women to run for public office at the state level. The organization’s goal is to see more women take on critical elected roles — and to see every branch of our government transformed by equitable representation.

According to Coloseus, the debate was an all-too-familiar display of sexism, microaggressions, misogyny and bias. For women, and especially women of color, Coloseus noted that as a candidate Harris had to a walk a fine line during the debate: be likeable and competent, but not too authoritative. “She had to tip toe that really fine balance,” she added.

Despite having Pence speak over her and talk past his allotted time, Coloseus said that Harris remained composed and didn’t respond or counterattack, but her facial expressions said it all. Harris’ piercing facial expressions and the steady tone behind her “I’m speaking” stuck with viewers long after the debate was over.

“They were simple expressions, but we all knew what they meant,” Coloseus added with a knowing smile. “I was really inspired by Kamala Harris taking back her time and standing up for herself.” Pence also often disregarded attempts from moderator Susan Page, the Washington bureau chief for USA Today, to get him to follow the debate rules.

Coloseus believes that it is important for the local female candidates to create their own narratives. Reflecting on the vice-presidential debate, she said the takeaway for women is to “amplify your voice. Take back your time and stand up for yourself.”

“That is the history with women, especially black women, when they move up the ranks in leadership,” Jones said in an interview with Georgia Voice.

The NCBW is a national 501(c)(3) nonprofit organization with 60 chapters represented in 28 states, one of which is Georgia. Through advocacy, the chapters work as change agents to influence policy that promotes gender equity in health, education and economic empowerment.

Jones, who was in executive leadership positions as a health care administrator for MetroHealth, said she always thought things would be different when that glass ceiling was broken, but she added that watching the debate was upsetting for her.

“It took me back to my own experiences dealing with males and in particular white males,” Jones said. “They automatically want to discount what you say or think you have no knowledge base … It’s just another form of discrimination that we are used to facing.”

Her Term recently published research it conducted on the value of electing women into public office. Although its research paper, “Reaching the Tipping Point: The Past, Present, and Future of Women in Georgia Politics” is focused on Georgia, Coloseus said the issues are faced by women in other states as well.

According to the Her Term research, “American politics is still very much a ‘good ol’ boys club,’ and women candidates face more criticism and scrutiny than their male counterparts when it comes to their political campaigns … Further, female candidates often struggle with the double blind effect, whereby they are often evaluated against a ‘masculine’ standard of leadership but a ‘feminine’ standard of likeability — and are left with limited and unfavorable options, no matter how they behave and perform as leaders.”

This is something Jones agreed with. Jones said Harris kept a smile on her face for good reason. “If you get upset visibly, it will be taken out of context,” Jones said. “You have to be calm and resist showing emotions and any kind of anger. She had a very calm presentation although [Pence] was methodically trying to goad her, but she kept a smile on her face and was pleasant until she had to put him in his place.”