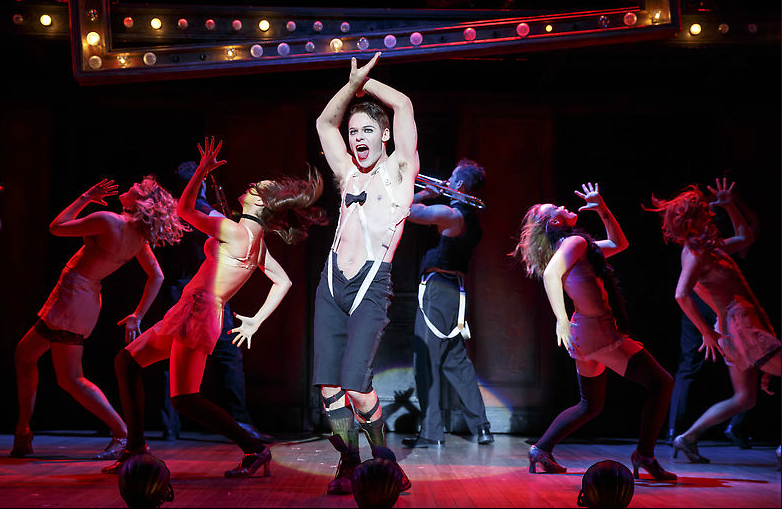 Two major theater offerings are on tap next week in Atlanta, one featuring a well-known gay actor and the other a prominent international gay couple. Broadway in Atlanta offers up a national tour of the musical “Cabaret” with “Queer as Folk” alum Randy Harrison while 7 Stages brings the erotic “Cowboy” to town courtesy of dancers Niv Sheinfeld and Oren Laor, who came to town for their acclaimed dance piece “Two Rooms” several years ago. In their new work, an all-male country line dance turns into something more evocative. We caught up with Harrison, Sheinfeld and Laor to chat up their new shows.

Hello, Randy. How did the “Cabaret” tour come about for you?

I auditioned for it. I knew the production really well. I had seen it a bunch of times and I knew about the revival so I went for it.

Any hesitation of doing a national tour?

I think I’ve auditioned for a national tour once or twice but it was a perfect time for me to do something like this. I was scared about how difficult it would be but I knew it was a rite of passage as an actor that I wanted to do.

How is the tour going so far?

It’s amazing. I love it. It can be exhausting but it’s an incredible way to see the country. What I like about this version is that it’s very stripped down and I think there is less separation between the audience and onstage.

Tell us about your version of the Emcee.

Why is this so iconic for gay audiences?

I think gay people are extremely used to being used as something that can motivate political fear and hatred. Much like the Jews were in Germany at the time. There are so many minorities or political factions that are used to turn into a talking point. We are aware of how that conversation can happen without calling it, ignoring the fact that something is happening

Hi Oren and Niv. What can you tell us about “Cowboy?”

Oren: It’s four men, the two of us plus two more. We started out playing with our masculinity, and what is examined from us as men with our gay sexuality. We were very influenced by American culture. We also took the cowboy image – the American icon. We saw “Brokeback Mountain” a long time ago but the influence remains, the aspect of the lone ranger, being secluded, being an outsider, having to prove masculinity. That is the area we were swimming in when we did “Cowboy.”

Is this the premiere of the show?

Niv: We premiered it in August of 2015 after a year of putting it together, but this is the U.S. premiere.

You two have never hesitated to include sexuality in your shows.

Niv: It’s out identity – that is who we are. It would be weird to create something that didn’t include that. But in the new piece we are doing, the gay issue isn’t really even a part of the show.