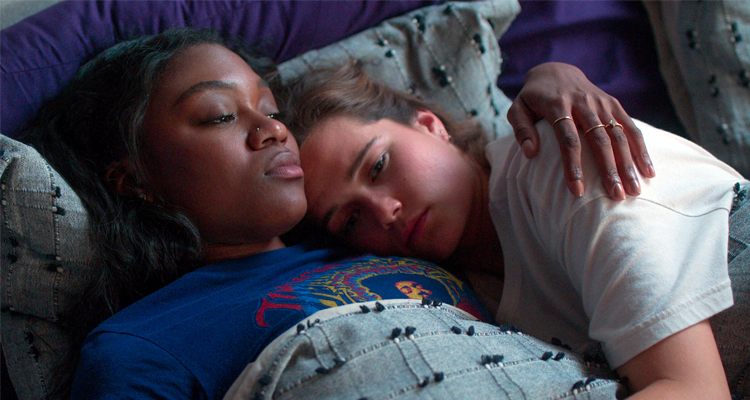 Based on a short story V.E. Schwab wrote for the anthology, “Vampires Never Get Old: Tales With Fresh Bite,” the teen lesbian vampire series, “First Kill” debuted recently on Netflix and has become a certified hit. It was filmed in Savannah and Atlanta last year.

It’s hard getting a project made, and Schwab was a little wary going in.

“There are several steps to getting a show made, and I am a skeptic at all of them,” she said. “I am a popcorn optimist. Once I can sit down with a bucket of popcorn and watch it, then it’s real and not a moment before. Netflix came aboard and bought the short story and had me write the pilot in 2020. I was not convinced it was going to happen. We got a green light for the series, we got a writer’s room. We got preproduction, production and post. I finally saw the trailer two weeks ago and I thought — maybe this show is going to happen!”

Writing the pilot was simple, she said, since it was based on the short story, but building past that was a challenge, as she was going to work in a writers’ room with many cooks in the kitchen. She grew up watching “Buffy the Vampire Slayer” and “Supernatural,” but didn’t see herself in those narratives — or she would only see LGBTQ characters in minor roles.

“I feel like we’ve come so far in terms of queer entertainment, but it still feels like the vast majority of it has to be about queerness,” Schwab said.

In the show, Sarah Catherine Hook plays Juliette, a vampire looking to make her titular first kill, and Imani Lewis plays Calliope, a vampire hunter. The two fall for each other, despite the fact that they are supposed to kill each other.

“I thought it was time for a show like that to put all these communities out front and let them shine,” she said. “The individual characters were also enough to wrap me in. They all have such great attributes to them.”

Hook fell in love with Juliette after the first audition and decided she had to play her.

“It’s quite a tumultuous time for Juliette,” the actress said. “She is going through vampire puberty and then she has this new chick in town she really likes. Her parents are expecting her to make her first kill and it is so against who she is.”

The new documentary, “Baloney,” looks at the San Francisco-based troupe of the same name, a gay all-male revue. The co-creator of Baloney is Michael Phillis, who started the troupe eight years ago with his husband Rory Davis, with Phillis as the director and Davis the choreographer. Previously they had been arranging drag performances and decided to do a show with their own set of backup dancers.

Phillis has been living in San Francisco for 18 years and at one point went to work for corporate America, until he realized that wasn’t for him.

The film’s director, Joshua Guerci, was familiar with the troupe already and had collaborated with Phillis. He saw firsthand that while it is a strip show, Baloney doesn’t shy away from going deeper and having an emotional aspect to the story. “I thought there was something special in Michael’s leadership and directing style,” Guerci said. “He has a collaborative approach and involves the cast.”

One of the performers is Will Tantra, who has been involved since 2015. Tantra came with a friend as a fan and found the show to be sexy, uplifting and funny. “For me, I wanted to be up there,” Tantra says. “The show represents all ages, races, sizes, colors, shapes of the gay community. I went to another show, took some dance classes, hit [Michael and Rory] up and joined the club.”

There was a real turning point when Tantra joined, setting an example of full self-ownership, sex positivity and comfort in his own skin. According to Phillis, “it unlocked something for us that we could be comfortable in our own skin.”

“Baloney” is now available on VOD