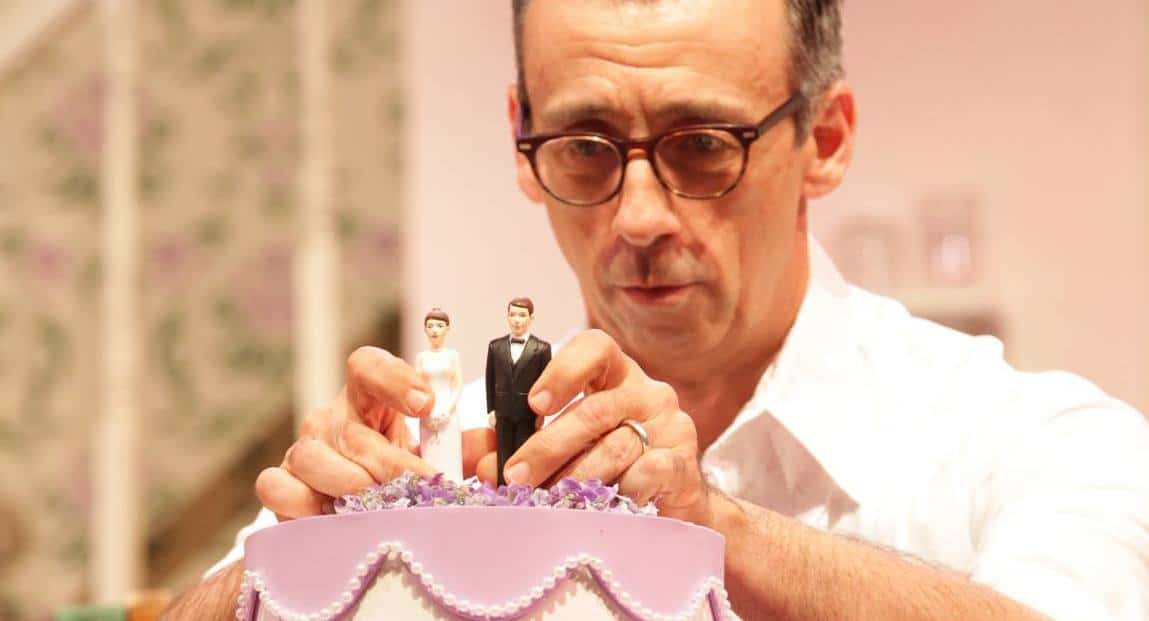 Alan Kilpatrick has been an active member of Atlanta’s theater community for a few decades now, dividing his time between acting, directing and administrative duties. He serves as the associate artistic director for the Atlanta Lyric Theatre and has had his hands in several prominent LGBT productions over the years, including directing both “Take Me Out” at the late, great Theatre in the Square and “Rent” at Atlanta Lyric Theatre. Kilpatrick is currently directing the comedy “One Slight Hitch” at Georgia Ensemble Theatre. We caught up with the out performer to ask about the new production and its unlikely playwright.

How did this gig come up?
Bob (Farley, artistic director of Georgia Ensemble Theatre) found the play and he was excited by the fact that it was written by (comedian and frequent “The Daily Show With Jon Stewart” guest) Lewis Black. Some people are taken aback to learn that Lewis has been involved in the theater for a long time. Lewis himself has written close to 40 plays. He founded a theater out in Colorado and then worked at another theater in New York. Bob gave me a call and said ‘come do it.’ I have done a lot of comedy at Georgia Ensemble. That is why Bob thought of me. It’s contemporary and I think I do better with contemporary plays.

Tell us about the show.
It’s about a family in Ohio, a typical American family. The dad is a doctor and the mother is a stay-at-home mom. They have three children—daughters who are almost grown. The oldest is in her early 30s. It’s the morning of the oldest daughter’s wedding. She has become engaged to a young man who is the antithesis of her former boyfriend, who she breaks up with. On the morning of the wedding the former boyfriend, who has no idea she is getting married this day, hitchhikes from New York to Ohio and shows up on their doorsteps. Hijinks ensue when he shows up. The bride is not entirely certain she is marrying the right guy.

This isn’t the kind of play you’d expect from someone like Lewis Black, correct?
It’s surprising. He himself has said if you didn’t know he wrote it, you’d never know from this. It’s not what he is known for. It’s not a political rant, a social rant, what he has now become famous for on television. This is a comedy of manners with some farcical elements thrown in.

How do you manage to help run a theater and still have time to act and direct?
Well I am trying to balance and juggle all three. I am fairly successful at it. I still push myself as an actor and director because I don’t want to give those up. And I’m more successful some years than others. There are years when I do one more than the others. But I still enjoy all of them. It’s my quest to try and keep all three of them on my plate.

Next projects?
I am about to start rehearsals for “Catch Me If You Can.” The show opens in February at the Lyric. I play the father of con man Frank Abagnale. Some of it takes place in Atlanta. He lived here during the swinging ‘70s. He had people convinced he was a doctor at Grady and a pilot for Pan Am but he was neither. He was just a kid when he was pulling these shenanigans. Then later this year in May I will be starting rehearsals for “Barnum” at Atlanta Lyric Theatre, which I am directing.