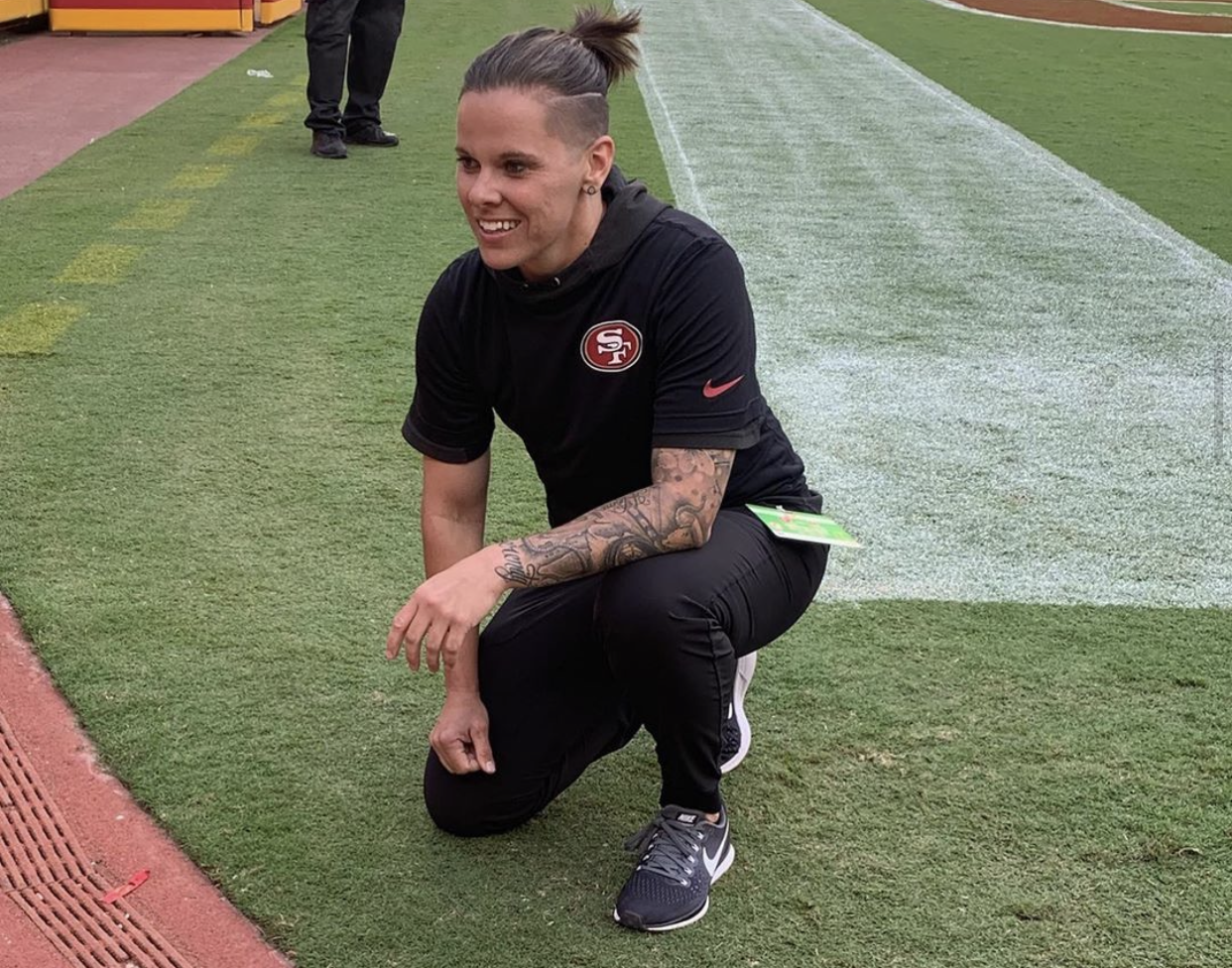 Katie Sowers will make history as both the first LGBTQ coach and the first female coach at the Super Bowl, according to Outsports.

Sowers, the second woman to coach in the NFL and the first out LGBTQ coach in the NFL, is the assistant offensive coach to the San Francisco 49ers. The team qualified for Super Bowl LIV after defeating the Green Bay Packers 37-20 on Sunday (January 19).

The 33-year-old originally played in the Women’s Football Alliance for the West Michigan Mayhem and the Kansas City Titans before retiring in 2016 due to a hip injury. She interned with the Atlanta Falcons before being hired by the 49ers in 2017—the same year she came out as a lesbian.

“There are so many people who identify as LGBTQ in the NFL, as in any business, that do not feel comfortable being public about their sexual orientation,” she said when she came out. “The more we can create an environment that welcomes all types of people, no matter their race, gender, sexual orientation, religion, the more we can help ease the pain and burden that many carry every day.”

Since coming out, Sowers has been incredibly open about her sexuality, frequently posting pictures with her girlfriend to social media.

“She’s been tremendous,” 49ers quarterback Jimmy Garoppolo said of the assistant coach. “[W]hat she does with the receivers, all the skill positions guys, how she interacts with them. It’s special… Katie is awesome out there.”

The San Francisco 49ers will face off against the Kansas City Chiefs at the Super Bowl LIV on February 2 in Miami, Florida.