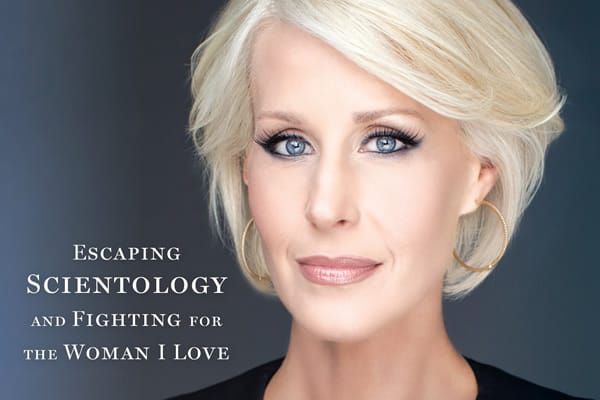 New Memoir Recalls Horrors of Growing up in Scientology

For most of her young life, Michelle LeClair was a worrier.

She had to be: her mother was somewhat of a free spirit who married often and “was gone a lot.” For that, LeClair grew up as the Independent Responsible Child; the one who, as a teen, wanted a job so she could pay for her own car, as she recalls in the new memoir “Perfectly Clear.”

And so LeClair’s mother helped her get a job selling L. Ron Hubbard training materials for Sterling Management, an organization run by Scientologists. It didn’t take long before LeClair surprised everyone, herself included, by excelling beyond expectations.

Her success and her mother’s influence led the Church to invite LeClair to one-on-one member counseling, ostensibly to determine her “purpose on earth,” but also to lead her deeper inside Scientology. Church members offered her their friendship, but LeClair noticed that she was asked nearly constantly for more money. As her career rose, so did the Church’s requests for donations and soon, she was writing astoundingly frequent five-figure checks to the organization.

And it might’ve continued so, if not for one thing.

As a teenager, LeClair fooled around once with a female friend, which she had to confess to a fellow Scientologist, information that went into a file. Even after LeClair married and had children, her long-ago fling was flung in her face repeatedly, particularly after she tried to divorce her abusive husband. Scientology has long considered homosexuality repugnant, she was reminded, and that nagged at her enough to make her question this faith in which she’d been raised.

She questioned even deeper when she fell in love with a woman named Charly.

Halloween is long over. The decorations have been put away. But if you didn’t get scared enough then, “Perfectly Clear” will finish the job perfectly.

It starts with the opening pages, in which author Michelle LeClair is arrested for a crime that never happened, fabricated, she says, by Scientology members. It’s a small story compared to what else follows, but its heart-pounding presence in the front of the book takes readers by the scruff and shakes us.

That leaves a lingering feeling of alarm that continues to run in and out of the rest of this memoir as LeClair (with Robin Gaby Fisher) lets readers see what she did not. We’re privy to the manipulation she recalls but didn’t notice then, the pressure she felt but dismissed and the dawning fear that she could never get away.

That makes for an excellent real-life love story wrapped up in a psychological thriller that’ll also make you pick your jaw off the floor about every third page.