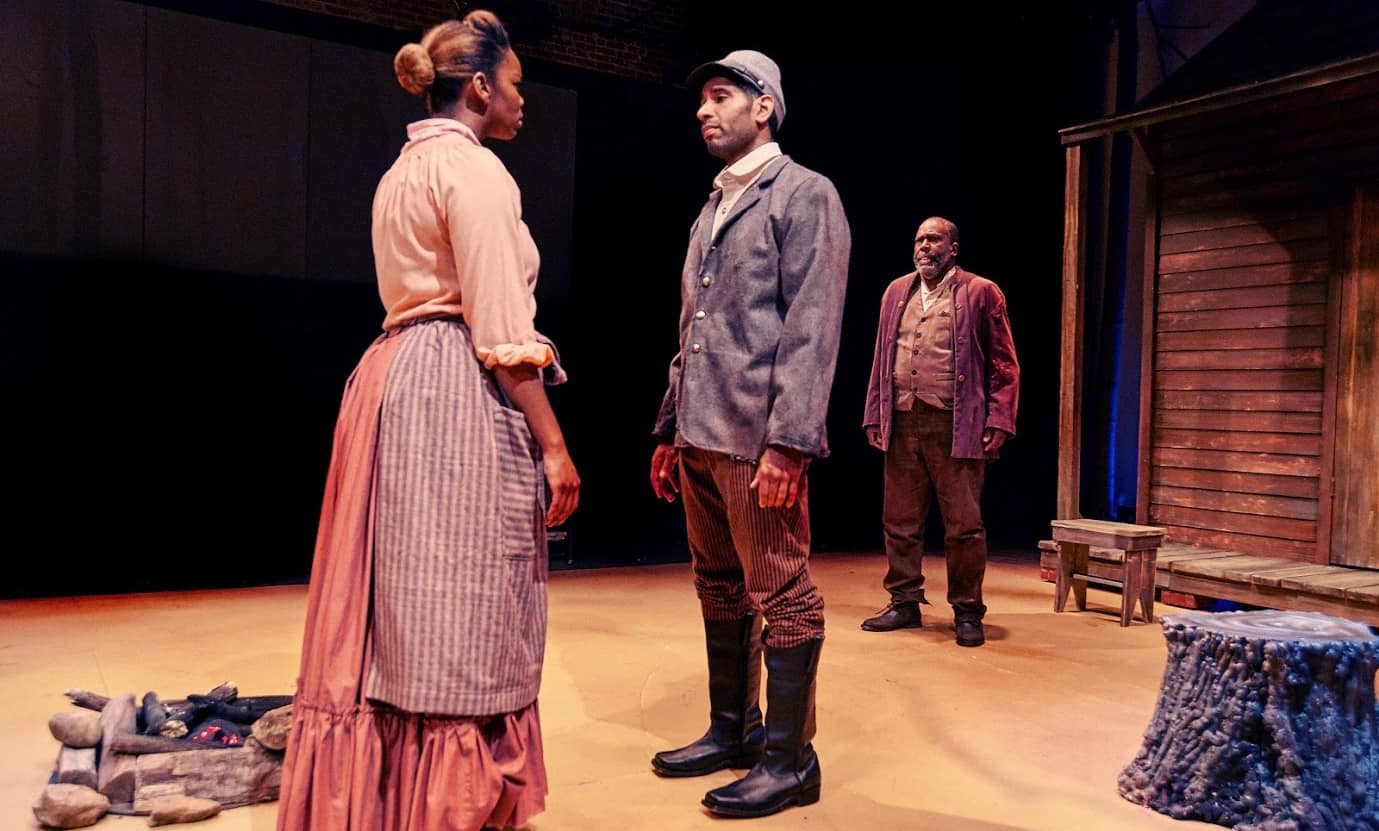 The works of Suzan-Lori Parks are not just thought-provoking and deeply layered, but highly decorated as well. Her “Topdog/Underdog” won a Pulitzer and “Father Comes Home from the Wars (Parts 1, 2 and 3)” was a finalist for that award as well. Actor’s Express is staging the latter, in which a slave (Hero) follows his master into the Civil War. We caught up with the production’s openly gay director, Martin Damien Wilkins – who grew up the son of ministers in Charlotte, North Carolina – to talk about the powerful themes of the show and how he came to stage it.

Hello, Martin. How did the directing gig come up?

Freddie [Ashley, Express’ artistic director] and I first met a decade ago when he was the literary manager at the Alliance [Theatre] and reconnected a few years ago when I earned a producing residency through the National New Play Network. He was also a part of the selection panel when I earned a competitive directing fellowship that aimed to provide development opportunities and a directing assignment to early career directors fortunate enough to receive it. After I had earned the fellowship, Freddie expressed his interest in hiring me to direct a project. When he first contacted me about directing this season, he didn’t tell me the name of the show because the theater was still working to secure the rights. I had my fingers crossed and was over the moon to learn that it was “Father Comes Home from the Wars.”

For those unfamiliar with the play, can you describe it?

Suzan-Lori Parks is one of the most brilliant playwrights writing for the theater today. She takes inspiration from Homer’s “Odyssey” to craft a Civil War-era story in three parts about an enslaved man who is offered his freedom if he agrees to fight alongside his master for the Confederates. As he embarks on this journey, Ms. Parks explores not only the political ramifications of Emancipation for the country. She crafts a narrative that looks at how people grappled with the personal ramifications of freedom in a manner that I hope resonates with audiences as having relevance to our current cultural and political landscape.

What themes of the show do you think are especially topical?

Throughout Hero’s journey, he is grappling with what his worth will be when he is free. He struggles to comprehend how his freedom makes him worth more if he doesn’t have a price. Although the play is set during the Civil War, audiences who are keen will see the allusions to the Black Lives Matter movement, which was coalescing when the play was being developed. I am also struck by the fact that in the play, there is also conversation about what will happen after Emancipation. Historically, we know that it led to the horrific rise of Jim Crow. However, I can’t help but think that in our own current political climate where following the successful completion of two terms by our first black president, we seem to be a nation struggling again with how to progress forward.

How does being a gay man influence your choices as an artist?

Being an openly gay man, I’ve had to learn to live my life boldly. My conservative church upbringing and the relentless bullying of peers really pulled me inside myself. Giving myself permission to be an artist is what ultimately gave me a deeper understanding of who I am. I often tell people that I’m still in the family business, it’s just that the theater has become my ministry. I’m finding my voice in my work when it reflects the bold manner in which I want to live. I’m really fortunate to be at a point in my career where I can choose the kind of work that really resonates with me. And as an artist who has worked regionally most recently, I am often directing in communities that are more conservative than cities like New York or Chicago. But, I enjoy the challenge.