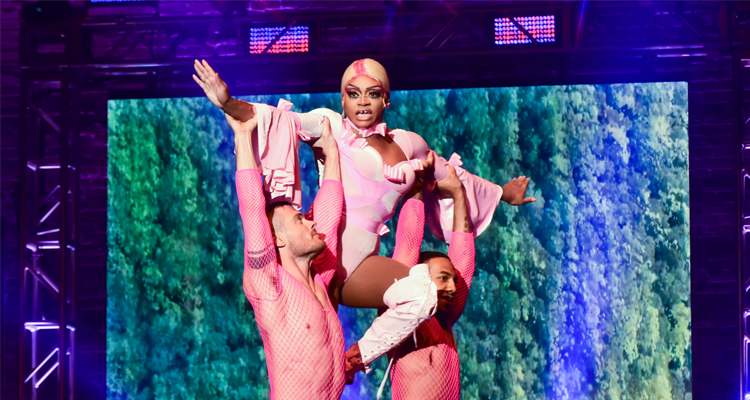 Calling all Drag Race fans! Icons from across the global franchise will be sharing the stage this summer in War on the Catwalk, a nationwide touring coming to Atlanta on August 10.

Hytes told Georgia Voice that fans who come to the show can expect “singing, comedy, dancing, and lots of shenanigans.”

The show in Atlanta will be at Center Stage Theatre on August 10. Doors open at 7pm, and the show starts at 8pm.

“I’m so excited [to come to Atlanta],” Hytes said. “Atlanta is a beautiful city, and I can’t wait to see more of it!”

There will be two other shows in Georgia with the same line-up of queens: one on August 14 at Johnny Mercer Theatre in Savannah and another on August 19 at Miller Theater in Augusta. All the shows are welcome to fans of all ages, and there will be a twenty-minute intermission in the middle of each.

Fans who purchase a VIP ticket for $199 will also have the opportunity to meet all the queesn before the show, take photos, and score autographs. The VIP ticket also includes an official tour poster and laminate with lanyard. If you purchase merch at the venue, the queens will autograph it during the meet and greet. Meet and greets start at 6pm.

For more information and to purchase tickets, visit dragfans.com.