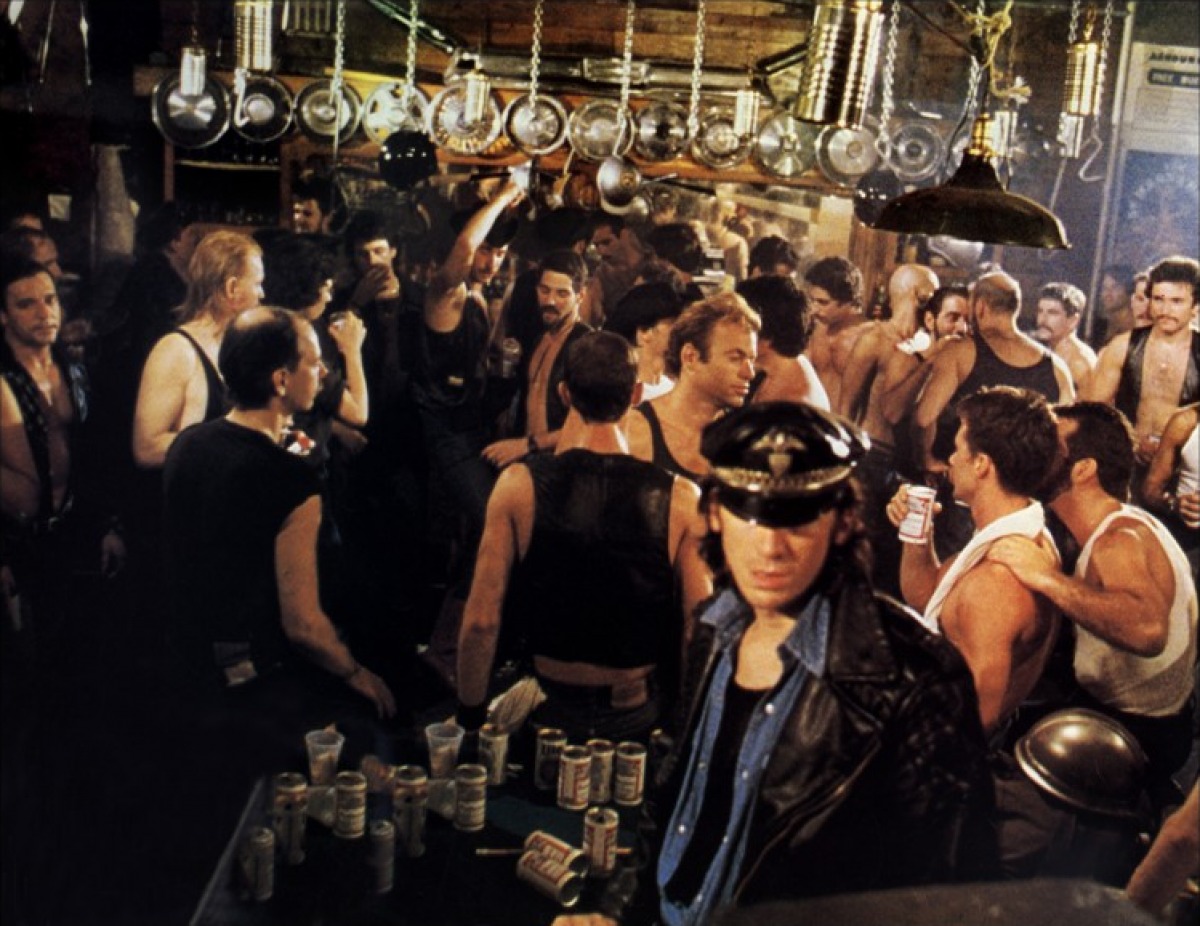 The Art of the Cruise

I rushed home eagerly one night in late 2009 after picking up a new outfit from the nearest retail store. I hoped it would be a hit for a night out on the town. I didn’t know who I’d meet that evening. I had to look my best. Would the bar be packed? Could I meet my soulmate tonight? What would my hookup partner be like? Too talkative in bed? Quiet enough to take in his groans and moans as we made our way through ecstasy? I think having more questions than answers upfront allowed me to create in my head, a world where there were infinite possibilities.

I think I just enjoyed cruising through the dimly light bar or club making eye contact with shadowy figures in the corners. I’d wait for a nod or smile to return a gesture. The mystery behind it all intrigued me to no end. I think it even filled my New Years celebrations with a sliver of hope. Maybe I’d find the one in 2010 or 2011, so on and so forth. I knew it was ultimately in my hands.

I checked my phone; the time was just after 10pm. Notifications on my phone were usually limited in the evenings. There were a few texts from friends discussing which bars and clubs we’d be hitting up that evening. There wasn’t a Facebook app, and Instagram hadn’t been created yet. Myspace was on a downward spiral, Manhunt was strictly for desktop computers, and gay apps were non-existent. Fast forward a decade, and it’s likely you have every social media app plus ten new ones on your phone.

It’s strange to look back on the past decade to see just how far we’ve evolved as a community when it comes to communication. Out of the handful of mobile apps geared towards dating/hookups, Grindr has been around the longest since 2009, and Scruff has made its way to the top of the mobile cruising world.

The ease of staying in bed and scrolling through dozens of men hundreds of feet away without having to go to a bar or club provides a layer of security. There’s no fear of face-to-face rejection, and if you’re not into someone else, silence can get your message across. But I can only imagine what older men feel when they look back on their days where the art of cruising superseded a profile pic or the perfect Grindr or Scruff bio. The challenges of having to formulate thoughts and conversation on a whim without the distance of a phone screen between two parties seems mind-boggling for some. There would be no room for long, awkward pauses or the chance to “block” someone who didn’t fit into our cookie-cutter ideals. I’d give up my phone for a day just to experience that face-to-face interaction without technology, without a phone to even jot down a number or email address.

Even though our community was fighting the devastating AIDS epidemic in the ’80s and ’90s, the bond between men was tight. It came in the form of safe places, clubs, and bars where cruising strengthened our vow to living as authentically gay as possible. I agree times have changed. There’s no need to escape to a bar or club where 99.9 percent of the clientele are gay men. Acceptance from the outside is now part of our culture. It’s why we’ve ultimately ditched those venues to meet new people for friendships or hookups. It’s why an overwhelming number of younger men spend about an hour of their day on apps like Grindr. According to We Are Flint, 42 percent of Grindr users in 2018 were between the ages of 18 and 34. Scruff users tend to fall into the older age bracket as the app is geared towards more mature clientele.

In an interview with Slate.com in 2018, Fiona Anderson, the author of Monks of the Dead River: Cruising New York’s Ruined Waterfront in the late 1970s and a lecturer of art history at Newcastle University in the United Kingdom, said the act of cruising is becoming an unknown term amongst young gay men.

“It’s interesting because I’ve noticed that with students recently, it’s kind of the first time where I’ve really had to explain what cruising is to them if I talk about a contemporary artist who looks at cruising in their work,” she explained. “I’ll give a brief description, and they’ll say, ‘No, I don’t quite understand.’ Then they would ask me, ‘Where would this happen? When would this happen? Does this still go on?’”

She also pointed out that cruising was not really about finding a mate, or even having one orgasm; it was more about “engaging with other people in an open-minded erotic way.” After that initial glance which Todd Verow, the producer, co-writer and co-director of the documentary, The End of Cruising, says persists for more than 3.5 seconds, there’s a connection, according to his interview with Slate. Whatever that connection may be; love, friendship or sex, it’s really all any guy ever wants. It’s the quickest way to boost our self-esteem and give us the confidence to own the rest of our night on the dance floor or on the bar stool until we start all over again the next day.

How do we get back to the seedy, mysterious performance of cruising? Can it be done with apps like Grindr and Scruff at the forefront of our social needs? It’s possible but only with persistence just like any other new years resolution one might work towards in 2019. It takes about a second to remove an app from your phone. No, you don’t have to delete your Grindr or Scruff but cleanse it from cluttering your social needs. Plan a night to go out to a bar, club or even dinner. While many guys pull their phones out on the dance floor, at the bar or at the dinner table to see who’s closest to them, allow yourself to be surprised when making glances around the room. See a hot guy? Make eye contact and begin reading his body language, his mannerisms, his smile, and laugh. Even a dick pic won’t compare to the mystery of the growing bulge in his tight jeans.

I leave you with this. Online hookup apps aren’t bad. I think it’s healthy to some extent when we’re looking for a quick orgasm to tide us over but don’t rely on it as your sole form of social communication. Cruising isn’t about being perfect, it’s about being human. Allow yourself to be vulnerable and open with who you are. Welcome others into discovering your life with just one glance. It’ll invigorate you.

As of 2017, Scruff had more than 12 million members worldwide in 180 countries, across six continents. The app has been translated into 14 languages including Spanish, Portuguese, German, French, Chinese and Arabic.

As of early 2018, Grindr has reported reaching 196 countries and has 3.6 million users online on a daily basis. It was the first gay geosocial app to launch in the iTunes app store.