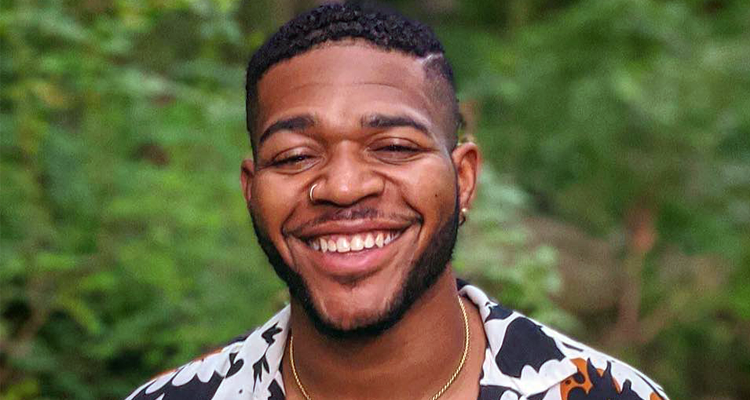 Devin Barrington-Ward has dedicated much of his life to advocacy and political work, from starting a political organization in high school to later relocating his advocacy work to D.C. He’s now returning to his hometown of Atlanta to run for office. This is a career path that makes sense for someone like Barrington-Ward, whose passion for civil service spans childhood and beyond.

“I probably always wanted to be an elected official,” he told Georgia Voice. “I would use my Legos and my Hot Wheels to create little cities, and there would be conflict, but we would solve it.”

The community organizer, frontline activist, and managing director of the Black Futurists Group announced his run to represent District 9 on the Atlanta City Council on May 26. For Barrington-Ward, this marks a return to the political arena after a previous loss. In 2020, he ran to represent District 38 in the Georgia State Senate, but lost in the Democratic primary to incumbent Horacena Tate.

Barrington-Ward’s political resume extends all the way back to high school. When he was not elected Class President, he took matters into his own hands and created his own political club. From there, he held a handful of roles on campaigns as well as political internships and then served as one of the youngest Chiefs of Staff in the history of the Georgia State Senate.

Many of the issues Barrington-Ward advocates for are particularly relevant to his own lived experience. He draws upon his own experiences being Black and queer to inform his activism and pushes for policy.

“As a queer person, my identity was not fully understood by my family, and so there was some family separation and distance because my family’s from the Caribbean and there’s some extra stigma that can sometimes be attached to a child coming out in the Caribbean household,” he said. “So, I got to see also the realities that Black LGBTQ people go through in this city at a very early age. I’ve had friends die of HIV … and I’ve been homeless myself, I’ve had friends who are homeless.”

Based on this personal experience and his wide breadth of political knowledge, Barrington-Ward hopes to turn the tide on policies that prove harmful, particularly to marginalized communities.

“I’ve had, you know, dual experiences,” he said. “I’ve seen politics and how it can work, and how bad policies and stigma and homophobia and transphobia can impact our lived experiences, and so I bring that to the full weight of my activism.”

With an overarching theme of “Wake Up Atlanta!,” Barrington-Ward’s campaign centers on the “three Ps”: public safety, public infrastructure, and poverty.

“It’s time to wake up and recognize that there are some issues that we have continued to collude with because we have adopted some old mindsets to old problems,” he said. “And we need some new ideas and fresh blood to come in and to transform these problems.”

He has many programs, changes, and developments in mind for the city, including the closure of Atlanta City Detention Center. His campaign also supports alternatives to policing in the form of mental health services and diversion initiatives, providing young people in particular with jobs that pay $18 an hour, including city support in the form of workforce development bonds, and funding for infrastructure, street repairs, and affordable housing.

The link between Barrington-Ward’s activism and his politics is strong, and he plans to draw from his knowledge and experience on the frontlines of protest and advocacy to enact policies that protests and people in the city of Atlanta have been demanding for months or even years or decades.

Barrington-Ward also seeks LGBTQ representation in Atlanta’s leadership, realizing the importance of the city on the national and world stage and the importance of having LGBTQ people in positions of power to advocate for their communities.

More information about Barrington-Ward’s campaign can be found at wakeupatlanta.org.