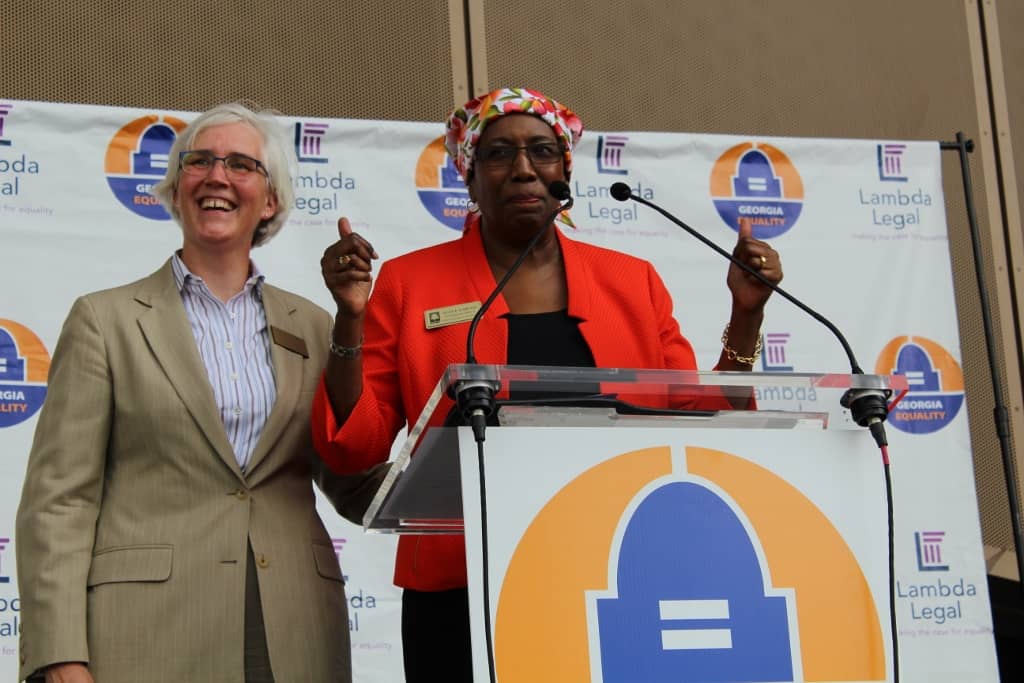 But Garner, the first openly gay person elected to the commission, wants to allay any fears about her health, saying she was given “a very favorable prognosis with a full recovery” when the diagnosis came in two months ago.

By all accounts Garner has not missed a beat since then, continuing to work and fulfill her duties on the commission.

“I feel that it’s something that really does not change my role at all,” she says. “I plan to attend all of my board of commissioners meetings, my staff is still 100 percent available. I am attending some meetings by phone. I don’t plan on stopping while I’m in treatment.”

Her colleague, Fulton County Commission Chairman John Eaves, spoke glowingly of how Garner has handled the situation, saying, “She’s a courageous warrior, if I can use that terminology, in terms of meeting head-on the challenges associated with fighting cancer, but at the same time not relinquishing or lessening her passion for the community. It’s a balance that she’s juggling but she’s doing a great job. She’s taking the battle head-on. She’s clearly not missed a step in terms of her obligation and her commitment to her constituents.”

‘This was something that I could not pass up’

Garner also reveals that she went straight from treatment to the June 26 rally at the Center for Civil and Human Rights to celebrate that morning’s U.S. Supreme Court decision striking down same-sex marriage bans nationwide.

“I’m supposed to limit how much I can be out in public because of the nature of treatment,” she says. “But this was just something that I could not pass up. Besides, my partner was marrying people.”

Garner’s partner is Fulton County State Court Judge Jane Morrison, who presided over the marriage of Emma Foulkes and Petrina Bloodworth that morning, making them the first same-sex couple in the country to marry following the Supreme Court decision.

The couple clasped hands as they stood onstage at the rally, noting that since they married in Massachusetts five years earlier, “Today in the great state of Georgia we are recognized as wife and wife.”

Garner says the diagnosis gives her a unique lens through which to address an issue important to her during her 2010 campaign and throughout her tenure on the county commission—health care. 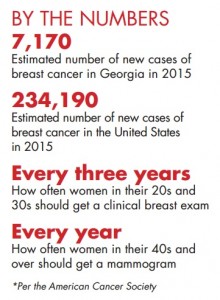 “It’s funny. I look at this like, I deemed myself the ‘health commissioner’ right? So I’m getting firsthand experience on what it’s like navigating through the medical system,” she says. “I am definitely aware of how people are treated and I hope through this experience it will also help my role moving forward as a commissioner who is focusing on the health and well-being of all citizens.”

“Joan’s story is the best of what we’d hope for anyone having to face a cancer diagnosis—to have it be discovered early, to be fully insured with access to quality medical treatment, and to be able to rely on a strong circle of support throughout the journey,” Ellis says. “She has spent her career, both in the nonprofit and public sectors, advocating for that same level of support and care for all of us, and I am glad she’s finding it around her now. It’s my hope that we can learn from her story, that an early diagnosis saves lives. Get screened now.”