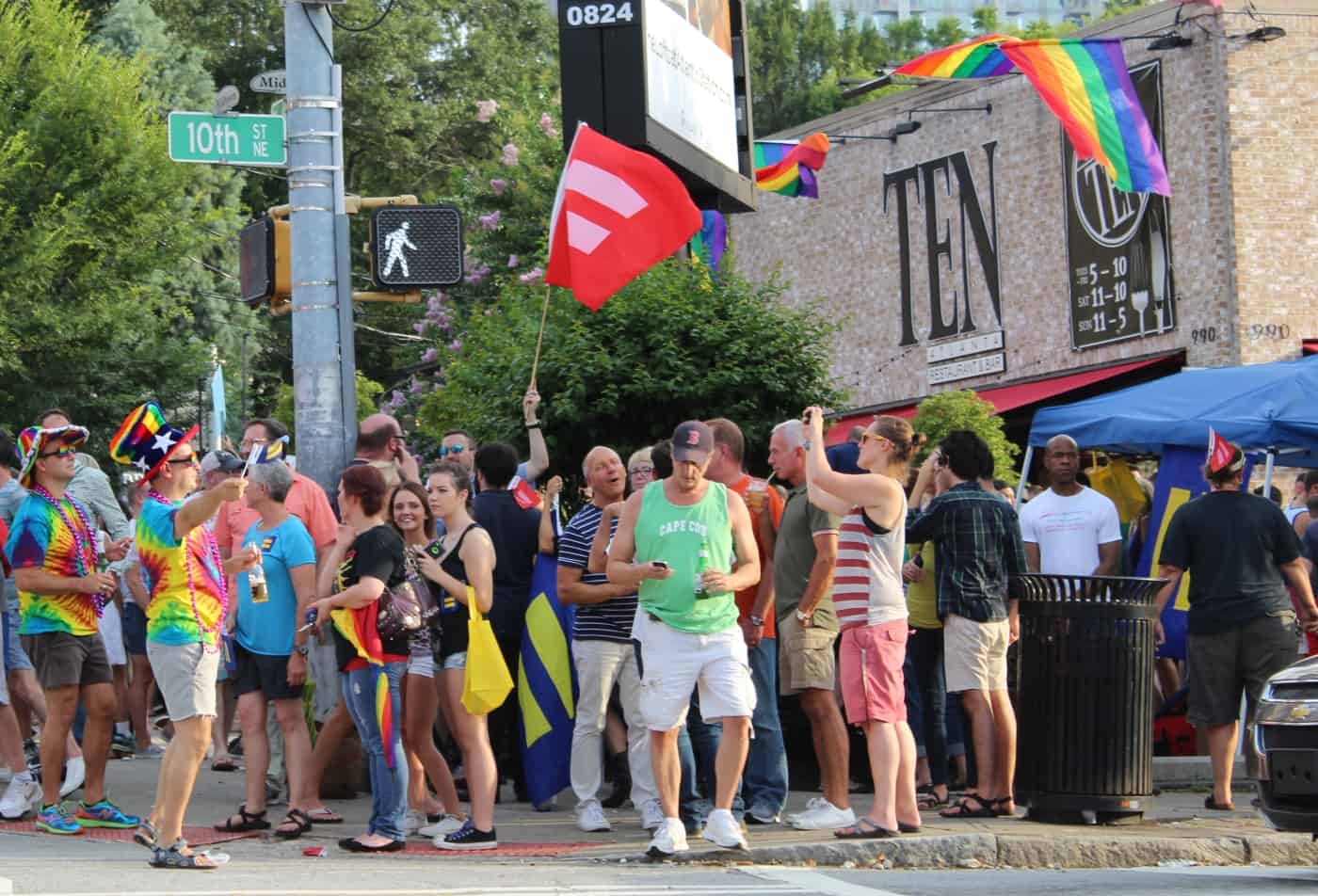 Atlanta mobilizing for local protest against anti-gay purge in Chechnya

Recent reports of over 100 gay men being arrested, detained and tortured in Chechnya have led two LGBT Atlanta men to organize a candlelight vigil and protest in response. The event, being held Tuesday, April 18 at 7 p.m. in the parking lot of TEN Atlanta, is one of several that have been held in cities around the world since a Russian newspaper broke the story on April 1.

Navaya Gazeta reported that there had been a “prophylactic sweep” of men “in connection with their non-traditional sexual orientation, or suspicion of such” by authorities in Chechnya, and that at least three of the arrests had reportedly resulted in murder.

“Russia must bring an end to this pogrom and protect the rights and dignity of its LGBTQ citizens—not just in Chechnya, but throughout the Russian Federation,” the Facebook event page for the Atlanta protest states. “Stand with us and tell the Russian government that the world is watching.”

Organizers will have a limited number of candles available, so those in attendance are encouraged to bring their own, as well as to bring signs and posters to the bar at the corner of 10th Street and Piedmont Avenue, a spot considered by many to be the center of the city’s LGBT community. Recent gatherings there have occurred after the Supreme Court decision on marriage equality in June 2015 and after the Pulse nightclub shooting in June 2016.

The incidents in Chechnya led the 50 members of the Congressional LGBT Equality Caucus to issue a letter on April 10 to Secretary of State Rex Tillerson urging him to condemn the reports and to pressure the Russian government to investigate and stop the violence and arrests. And former Vice President Joe Biden on Friday issued a statement to CNN condemning the anti-LGBT violence and calling on President Trump’s administration to raise the issue directly with Russia’s leaders.

U.S. Ambassador to the United Nations Nikki Haley issued a statement on Monday regarding the reports, saying, “We continue to be disturbed by reports of kidnapping, torture and murder of people in Chechnya based on their sexual orientation and those persecuted by association. If true, this violation of human rights cannot be ignored – Chechen authorities must immediately investigate these allegations, hold anyone involved accountable, and take steps to prevent future abuses. We are against all forms of discrimination, including against people based on sexual orientation. When left unchecked, discrimination and human rights abuses can lead to destabilization and conflict. Tomorrow, the United States will lead a first-ever meeting on human rights in international conflicts in the UN Security Council to underscore our commitment to addressing human rights abuses wherever they threaten international peace and security.”

Ben Nicoara and Matthrew Hro Lehosit organized the Atlanta response to the events in Chechnya.

“I feel that this is important because their lives are just as important as those lost at Pulse in Orlando last year,” Nicoara told Georgia Voice. “Mainstream media in this country is largely ignoring this story, and it is unacceptable. This is a human rights violation. We are working to continue raising awareness for it, to push the issue into the hands of our leadership. Former VP Joe Biden recently made a statement about it, and now Hollywood celebrities like Mark Ruffalo are posting about it on social media. We want to stand in solidarity with our LGBTQ family around the world and demand that these camps be shut down.”

Lehosit also gave his thoughts on the matter, telling Georgia Voice, “Hearing the accounts of what is happening to queers in Russia is a harsh reminder of the level of hatred and intolerance that exists in this world, and in a time when so many of us are feeling powerless in the new political climate here in the US, it’s also a humbling reminder of what we have here that so many others could only wish for. The Russia propaganda machine is not only denying these atrocities are occurring, but also denying that queers exist in their communities at all. We cannot be quiet. We must have a voice for ourselves when we are feeling angry and helpless and sad and uncertain. And we must have a voice for those that are being silenced. I don’t know what this vigil and protest will do in the long run, but I do know that when we come together and are united, we are stronger. Solidarity with queers in Russia. Solidarity with Black Lives Matter. Solidarity with trans rights. Solidarity with equality for women. And maybe that’s a catalyst for something greater.”