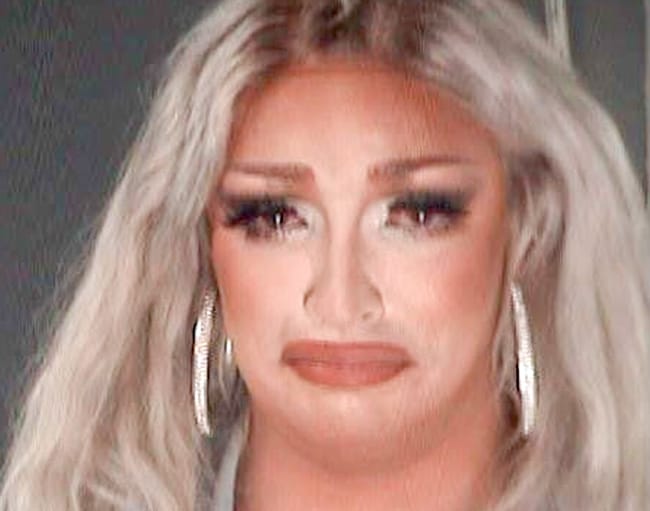 The drag queen was arrested on Sunday (October 13) at Midtown gay bar Ten Atlanta on the grounds of disorderly conduct. Tatianna reportedly verbally assaulted an employee after not being allowed in an employee-only area in the bar.

According to Project Q, Tatianna screamed at an employee of the bar, calling him a “white racist.” Police tried to quietly remove her from the bar and she refused, resulting in her arrest.

Tatianna has since been released and tweeted a statement regarding the situation.

“I wish it didn’t happen… people make mistakes,” she wrote. “There was no violence or ridiculousness.”

im fine! It was a dumb situation that I wish didn't happen but shit happens and people make mistakes. There was no violence or ridiculousness. I'm crying in the picture because I was scared and had never been in that position before. wish I would have just smiled. https://t.co/36Oxb0tsvn

The Drag Race season two and All Stars alum has poked fun at the incident by releasing a line of merch with her mugshot splayed across called the “Disorderly Conduct Collection.”

You asked so you shall receive! The Disorderly Conduct Collection with @dragqueenmerch Buy yours today!