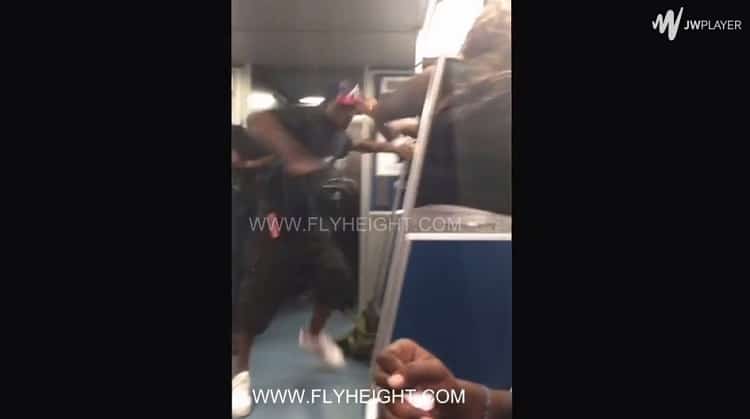 Video of an attack on two transgender women on MARTA went viral.

The Atlanta Police Department has released details of 12 separate hate crimes due to anti-LGBT bias that have occurred so far this year.

The GA Voice obtained copies of the police report following a story on the FBI’s annual Hate Crime Statistics report, which stated that about one in five hate crimes are due to anti-gay bias. While there is no hate crime law in Georgia, the APD does keep track of the incidents.

The crimes range from assault, to making terroristic threats to armed robbery and more, and in most instances the suspect was unknown. Only one arrest had been made in the 12 cases, and the APD’s LGBT liaision unit was notified in six of the incidents.

Details on each incident are below and are taken from APD police reports.

Feb. 2
Charge: damage to private property
Location: 250 10th Street (Georgia Tech)
Suspect: Unknown
Arrest: No
The victim parked his car at approximately 10:45 p.m. and returned an hour later to find that someone had written the word “fag” and “douche” on the white vehicle with permanent black ink. There were security cameras in the area. “The GLBT unit was not notified as they do not regularly work morning watch hours,” the report states.

Feb. 3
Charge: Simple assault and battery
Location: 48 Broad St.
Suspect(s): Allen Schaffer and Demashion Mahan
Arrest: Yes
An officer was on patrol in the area when two women notified him that there was a fight outside. He approached the victim, who said that Mahan called him a “niggra, sissy, ass nigger.” The victim said he walked away but the man attacked him and the victim fought back. Two men with Mahan joined in the fight, as all three punched and kicked the victim. The men fled when a MARTA police officer approached, but Mahan and Schaffer were caught and arrested.

March 7
Charge: Simple assault and battery
Location: 136 11th St.
Suspect: Unknown
Arrest: No
The victim told a responding officer that he was standing on the corner holding hands with a male companion when a BMW with two men inside started honking at them. One of the men jumped out of the car and called the victim a faggot and started punching him in the back of the head, sending him falling into oncoming traffic on Juniper Street.  The companion got in-between the two and helped the victim out of the street, as the suspect screamed “I’m a Mexican, I’m a Mexican” over and over then got back in the car and left the scene. The victim received cuts to his hand but refused medical attention. The LGBT unit was called about the incident but the report says nobody answered the phone, so a copy of the report was faxed to them. The incident was captured by a Midtown Blue camera.

March 20
Charge: Vehicle impounded, not stolen
Victim: N/A
Location: 543 Seminole Ave.
Suspect: Unknown
Arrest: No
The officer was dispatched to a report of an abandoned vehicle per an anonymous 911 caller who did not wish to speak to police and said the car had been there a week. All four tires were slashed and the words “fuck you Fag boy” were scratched into the paint. The officer looked the vehicle up and found it was not stolen and was registered to a Herbert Woods, Jr and it did not have insurance. The vehicle was impounded.

May 23
Charge: Simple assault and battery
Location: McGruder Street on the Beltline
Suspect: None
Arrest: No
The victim told a responding officer that he was riding his bicycle on the Beltline just past the skate park and the suspect was running in front of him. The victim had to make a sudden stop due to pedestrian and bicycle traffic and the suspect turned around and yelled to him “I know you saw me there faggot!” The victim didn’t respond and allowed the suspect to keep running in front of him, but further down the victim told the suspect he shouldn’t use homophobic language and took a picture of him “just in case” per the police report. The suspect responded “I don’t give a shit, I’m not going to apologize!” then turned around and continued running. The victim, who had ended up taking video of the suspect, continued behind the suspect as it was his direction home, and the suspect turned around and punched him in the head and body multiple times with a closed fist, causing him to fall from his bicycle. He received several lacerations to his hand from falling on a metal barrier. The suspect then jogged off. There were two witnesses and the video was logged into evidence, but the suspect remains at large. Officer Knight from the LGBT liaison unit was notified of the incident a copy of the police report was faxed to her.

July 12
Charge: Robbery with a gun
Location: 755 Magnolia Way (Magnolia Park Apartments)
Suspect: Unknown
Arrest: No
The victim and a witness told the officer they were walking back to their apartment when they were approached by several men who made reference to the two being gay then one of them pulled a gun out and demanded everything they had. The victim says he emptied his pockets and gave everything to the man, but as the witness was about to empty her purse, the man said “I don’t rob females, but you pussy ass, I should shoot you.” The victim says the man cocked the gun and pointed it at him, but the other male stopped him and the suspects ran off. The leasing complex said that they have security cameras on the property but that they don’t work. No injuries were reported.

Aug. 22
Charge: Threats of assault
Location: 75 Ponce de Leon Ave.
Suspect: Greg Phillips
Arrest: No
The victim said that while getting out of his car, a man began yelling “faggot!” at him several times. The victim approached the suspect to talk to him and the suspect pulled out a small bat, pointed it at him and yelled “Why don’t you faggots move out of the building!” The victim went to his work location and reported it to his employer, and they were able to establish from other residents that the suspect was Phillips, who’s a white male in his early 60’s. The victim was given information to file a restraining order against Phillips. There is no mention in the report of the LGBT liaison unit being notified.

Sept. 13
Charge: Strongarm robbery
Location: 2151 Lenox Rd.
Suspect: Latoya Jackson and Darrell Brown
Arrest: No
The victim stated he was with Jackson on a roadtrip to Alabama to get money from Jackson’s family and they were on their way back to Georgia with $500 that the victim received. The victim said he fell asleep in the car and when he woke up they were at Jackson’s apartment, where Jackson told the victim they were picking up her cousin Brown to go buy marijuana. When they got to an apartment complex, Brown got in the car and sat behind the victim, when all of a sudden he grabbed the victim around the neck and pinned his arms down while Jackson went through his pockets. The victim says Brown kept saying “Give me the money or you’ll be sorry.” Brown found the money and took off running. The victim says Jackson then drove him back to his apartment and dropped him off. The victim called police and they took him back to the apartment complex. They could not locate the suspects but the victim said he knew that Brown’s girlfriend, Brianna Whiteside, was a stripper that worked at Onyx and she lived with the suspects. The victim stated that he felt the suspects targeted him because he is transgender.

Sept. 16
Charge: Aggressive assault with other weapon
Location: 286 Joseph E. Lowery Blvd.
Suspect: Unknown
Arrest: No
An officer was called to the scene due to a report of an active dispute, but the suspects had fled by the time the officer arrived. The victim said he had left from the Vine City Market after buying some chips when several men started following him. They jumped him, striking him with a pipe, a shovel and an unknown weapon, leaving minor abrasions on his face. The victim says he walked off but the suspects followed him and tried to jump him again. A witness, who wanted to be left out of the report, came outside and the suspects fled. The victim said the suspects did not take anything and that he felt he was targeted because he’s gay. The officer asked why and the victim couldn’t provide a reason. The suspects were males between the ages of 14 and 16. SPO Brian Sharp, the LGBT liaison, was advised of the incident.

Oct. 11
Charge: Simple assault
Location: 1008 Lindbergh Dr.
Suspect: Unknown
Arrest: No
The officer was dispatched due to reports of a dispute. The victim told the officer he was talking with a man who was with a group in a parking deck around 3 a.m. on Oct. 11 when he left to go back to his apartment. When he came back out to get something from his car, he overheard an argument from the group and the victim asked if there was a problem. The victim says a man walked up to him, got in his face and said it was none of his “fucking business” and hit him in the face, then either punched or kicked him on the arm while the victim was on the ground. After the incident, the victim says the man shook his hand and a woman from the group gave him her contact information if he needed anything. The victim says he did not want to report the incident or press charges, but after speaking to his father, decided to do so. The victim stated he had gone to Atlanta Gay Pride that weekend and had rainbows painted under his eyes, and he believes that fueled the attack that happened to him. LGBT liaison SPO Brian sharp was notified of the incident.