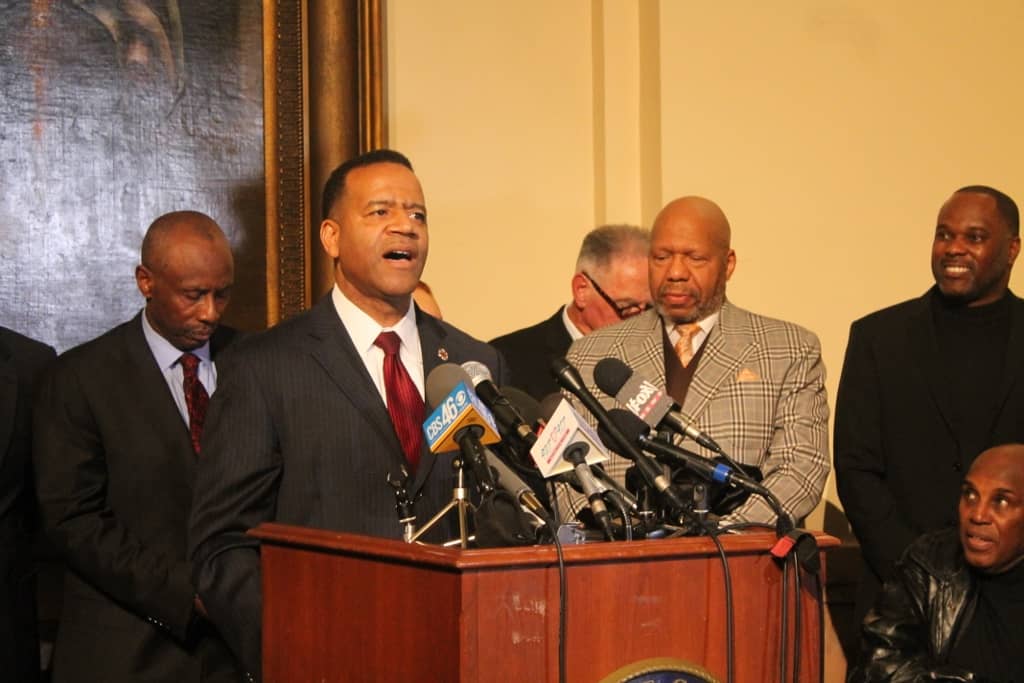 Kelvin Cochran at a rally at the Capitol organized by evangelical leaders. (file photo)

The expected next step in the case of former Atlanta fire chief Kelvin Cochran has been taken. Conservative legal group Alliance Defending Freedom has filed an Equal Employment Opportunity Commission complaint against the city of Atlanta on behalf of Cochran, alleging he was discriminated against based on his religion after writing an anti-gay book.

Cochran filed the complaint Wednesday, as first reported by Fox 5 News. An EEOC complaint is the first step in filing a federal lawsuit claiming discrimination.

The saga started with the discovery last November that Cochran self-published a book called “Who Told You That You Were Naked?” in which he compared homosexuality to pedophilia and bestiality, as well as made anti-Semitic and misogynistic remarks.

Mayor Reed suspended Cochran for 30 days, then terminated him on Jan. 6, citing Cochran’s failure to follow employee protocol. Cochran’s supporters held a rally the following week at the Capitol and marched to City Hall to deliver roughly 40,000 petitions to Mayor Reed asking him to reinstate Cochran.