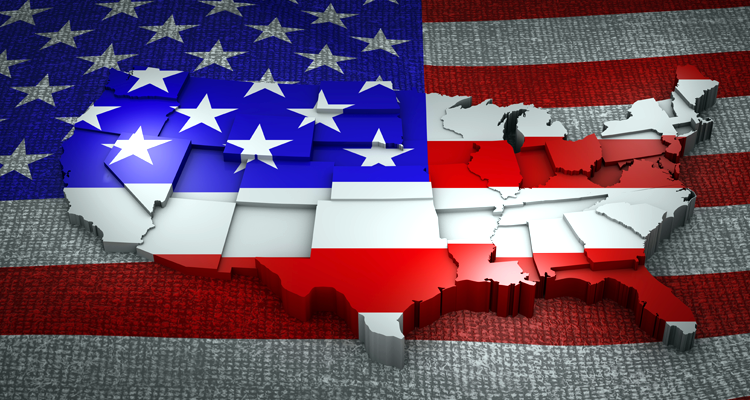 In 2012, CNN decried Super Political Action Committees as “dangers” and “a disaster for democracy.” Gearing up for the 2020 race, a hefty portion of the more than two dozen candidates seem to be taking a stand against them, too.

“No corporate PACs — just people, like you,” claims Sen. Kamala Harris’ (D-California) presidential campaign website. “We don’t have to accept a system that drowns out your voice. We can do better.”

Sen. Elizabeth Warren’s (D-Massachusetts) splash page claims it’s up to the voters, as she “doesn’t accept contributions from PACs of any kind or federally registered lobbyists.”

“Running a grassroots campaign means running a campaign of, by and for the people. It means totally rejecting the influence of billionaires, corporations and lobbyists. A grassroots campaign is one that thinks beyond election day and strives to build a base of support that will last for decades,” Nate Knauf, co-founder of the Georgia Tech Young Democratic Socialists of America chapter, told Georgia Voice. “Grassroots organizing is the history of the Civil Rights, feminist, labor and LGBTQ movements, and it’s a critical component of any political force that strives to make lasting change.”

Sen. Bernie Sanders (D-Vermont), a democratic socialist, is the candidate Knauf’s organization endorsed for 2020. His website footer tells visitors it’s “Paid for by Bernie 2020 (not the billionaires).”

Knauf referenced the 2018 win of democratic socialist member Rep. Alexandria Ocasio-Cortez (D-New York) as a demonstration that “organized money can be beaten by organized people.”

“For too long, a small billionaire class has dominated politics through the campaign finance system, which is essentially legalized bribery. Under the current system, politicians are wholly accountable to wealthy donors instead of their working-class constituents,” Knauf said.

According to The Center for Responsive Politics, in 2016 now-President Donald Trump accepted less than $150,000 in PAC contributions, and Democratic opponent Hillary Clinton slightly more than $1.7 million.

PACs, which originated in 1944 to raise money for President Franklin Roosevelt’s reelection, are allowed to give $5,000 to a candidate committee per election. This includes primary, general and special elections. They’re able to give up to $15,000 a year to a national party committee, and an additional $5,000 to another PAC.

They’re different from Super PACs — these became a reality after a 2010 US Court of Appeals decision. Super PACs don’t contribute to campaigns but are able to make “independent expenditures” in federal elections, according to The Center for Responsive Politics. These can include advertising and mailing campaigns either for or against a particular candidate.

On his website, O’Rourke has a lot to say about PACs, and if elected, aims to call for legislation that ends their “inappropriate influence.”

A spokesperson for his campaign told Georgia Voice “Beto is working at a breakneck pace to ensure we mobilize the largest grassroots effort this country has ever seen.”

The spokesperson pointed out that O’Rourke spent the campaign thus far visiting communities nationwide that are “too often ignored or forgotten by those in power.”

Former Pennsylvania Sen. Joe Sestak, whose late brother Richard was gay, feels that’s precisely the issue at hand. He told Georgia Voice he believes the next president needs to be willing to be accountable to people above party and above special interests.

“Trust is the biggest deficit we have,” he said. “The president is not the problem; he’s the symptom of the problem. We have to change the structure. The people at the top, for too long, abided special interests … [Americans] know that something is not right down there — something happened to where leaders are not listening to we the people.”

Though there don’t seem to be any campaign offices in the metro yet, supporters are gearing up to volunteer. Several candidates promoted debate watch parties in Georgia, and Knauf said both the Metro Atlanta and Georgia Tech democratic socialist groups are working on efforts to get Sanders in the White House. Warren has an Atlanta organizing event coming up July 15.

Pete Buttigieg, mayor of South Bend, Indiana, and the first openly gay presidential candidate told Washington Blade in February that “we will need help on the ground getting known, making introductions, winning people over.” As support grows, the next step would be establishing “more of a field organization that will have all kinds of roles for people.”

He added that the amount of “grassroots financial support” received is one way of “showing we belong at the table.”

And for those who want to support a candidate, but aren’t ready to commit to volunteer duties of canvassing for votes and hosting watch parties, there’s the option to wear their vote on their sleeve. Candidate merchandise and promotional items this year are even geared toward specifically harnessing LGBTQ support.

Warren, Booker, Buttigieg, Sanders, O’Rourke, Inslee, Klobuchar, Sen. Michael Bennet (D-Colorado), former Vice President Joe Biden, former Obama cabinet member Julián Castro, Sen. Kirsten Gillibrand (D-New York), Rep. Seth Moulton (D-Massachusetts) and entrepreneur Andrew Yang each have at least one Pride-themed piece in their online stores. Some are the traditional rainbow, but others include the transgender pride flag and the diversity inclusion rainbow. Gillibrand is the only candidate to have bisexual pride merchandise, and even Trump has Pride-themed T-shirts and hats available this year.