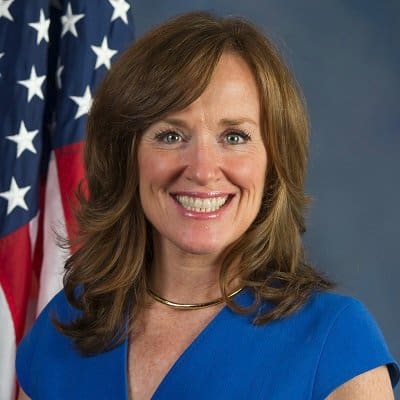 In 2015, the hashtag #travelingwhiletrans went viral after an individual named Shadi Petosky live-tweeted an invasive and humiliating airport screening experience which ultimately caused her to miss her flight. Three years later, critics say that the screening process for transgender individuals hasn’t gotten any better. That’s something Representative Kathleen Rice hopes to change.

On Monday, the Democratic representative from New York announced in a press release that she will be reintroducing legislation that, if passed, would improve the screening of transgender persons at airport security checkpoints. The bill, called the Screening with Dignity Act, was first introduced on December 1st, 2016, according to GovTrack, but died in Congress and was not enacted.

Currently, the TSA’s imaging technology requires officers to identify a passenger as either male or female. When one’s body doesn’t conform to the binary gender system, as many transgender individuals’ don’t, an alarm sounds, the area of the body is highlighted, and they will be flagged as an “anomaly.”

This process has been described by trans individuals as humiliating and time-consuming—and, what’s more, critics say the procedure seriously runs the risk of outing the passenger as transgender to officers and fellow travelers.

“Before my bottom surgery, having to endure airport security as a transgender woman was what I considered the scariest part of every plane trip,” journalist Dawn Ennis told Them, an LGBT news site.

“TSA agents frequently called me ‘sir’ – and once at Hartford’s airport, ‘it,’” she said.

Under the proposed Screening with Dignity Act, the TSA would be required to develop new procedures and officer training protocols on how to appropriately and respectfully screen self-identified transgender passengers, stated Rep. Rice’s press release.

The act would also require the TSA to conduct two studies in the next 180 days. The first study would assess the cost and feasibility of retrofitting screening equipment, or of developing new equipment, to operate in a gender-neutral manner. The second proposed study would evaluate the impact the TSA’s screening has on transgender and gender-nonconforming passengers versus the general population.

Steph White, the executive director at Equality Michigan, is a cisgender woman who is masculine in appearance. She told Them that she’s genderqueer enough to have her gender confused often and gets flagged approximately ninety percent of the time.

“It used to be anxiety-producing, awkward, annoying, and unjust,” she said. “Now it’s still unjust, of course, but I plan some extra time for it and I am used to strangers running their hands along my crotch and inside my waistband,” she said.

Rep. Rice said “No one should have to go through airport security scared they might be humiliated, discriminated against, or outed. But unfortunately, many transgender and gender-nonconforming individuals worry about this every time they get in line at a TSA checkpoint,”

She continued: “The transgender community deserves to be treated with fairness and respect in all aspects of life, including travel.”

The Rice bill has fifteen original cosponsors and has been endorsed by the National Center for Transgender Equality, the American Civil Liberties Union, the Human Rights Campaign, the Transgender Law Center, and the National LGBTQ Task Force Action Fund.