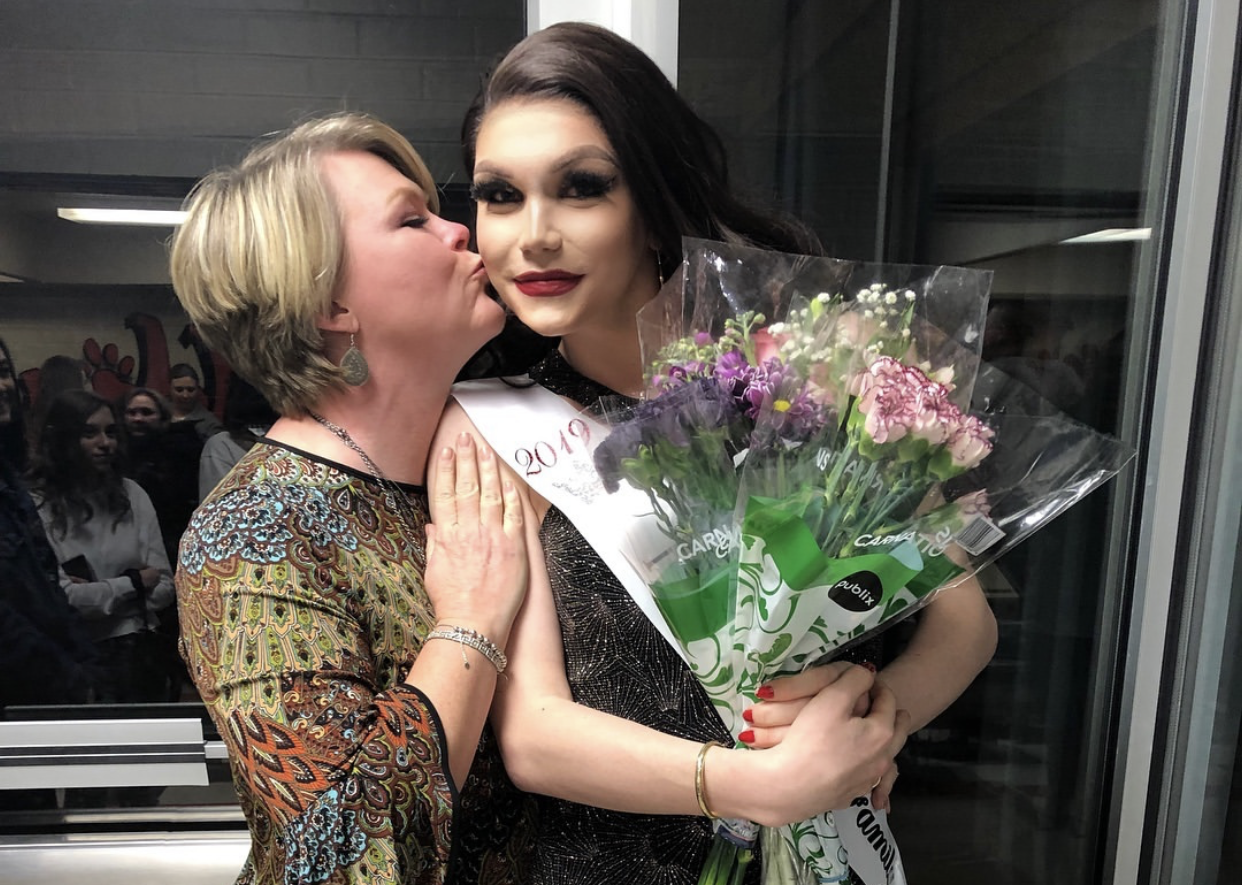 The teenager told PinkNews that, although she won homecoming queen, she had experienced “death threats and plenty of public humiliation” at school because of her gender identity. She said her whole perspective about school changed when she was nominated by her friends.

“I went from feeling ready to get out of high school so that I could be normal and just feel like a normal girl – not so much of an oddity or outcast – to feeling like there was a majority of students who supported me,” Baum said.

“Once I was eligible [to win homecoming queen], I was hellbent on taking the crown, not just cause I like looking pretty, but also for the LGBT community,” she said.

Despite her school’s support of her, she said that going to school in Forsyth County was “scary.” Forsyth is the same county where white supremacists and Ku Klux Klan members marched against the societal acceptance of gay and black people in the 80s.

“This year, in particular, I spent the first semester not out as trans but instead going to school regularly with crazy dramatic makeup,” the queen told PinkNews. “This angered plenty of people, some to the point of harassment.”

Baum received death threats and was bullied. “One time, in a group of 600+ people, I was bluntly asked, ‘Do you have a dick or a vagina?’” she said, while she was also called anti-gay slurs.

Despite the harassment, Baum stayed true to herself and came out as trans on Instagram last December.

The teenager said she hoped her win inspired other trans people.

“I hope it helped normalized and humanize trans people,” she said. “I want trans individuals’ stories to be heard, and visibility is everything. I want to inspire other trans youth to know that you can do it. Break boundaries! Make history! Rock that sash!”