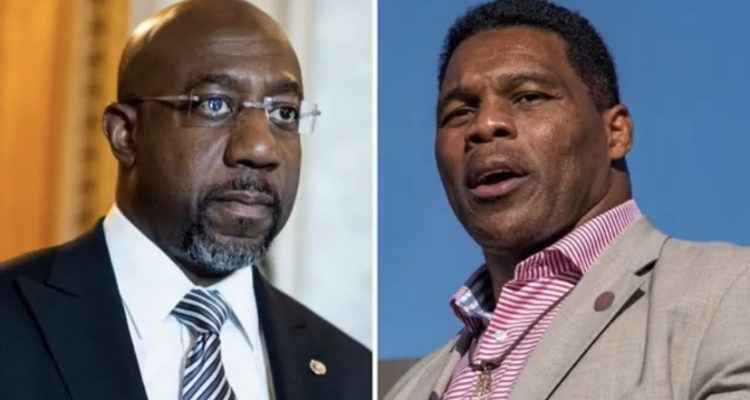 Georgia Democratic Senator Raphael Warnock and his Republican opponent Herschel Walker faced off in a live debate in Savannah on Friday, October 14. The candidates discussed abortion access, voting rights, the 2024 election, nuclear threats, student loans, health care, inflation, the minimum wage, and the Atlanta Braves, but LGBTQ rights were missing from the debate.

The only time LGBTQ people were mentioned was in a transphobic remark in Walker’s opening statement in which he accused Democrats of allowing “men in women’s sports.”

Notable moments in the debate included when both candidates agreed to accept the election’s outcome no matter the result and when Walker confirmed that he believed Biden won the 2020 election. Walker had previously made claims that Biden did not win the election and that there was widespread election fraud.

Warnock and Walker butted heads a few times, including when Walker accused Warnock and Democrats of bad-mouthing police. Warnock then explained that he supports police before calling out Walker’s past.

“I’ve never pretended to be a police officer and I never threatened a shootout with the police,” Warnock remarked to applause.

In response, Walker brandished a flimsy badge in an attempt to prove his previous campaign claims about working for law enforcement. This resulted in a scolding from the moderator for using props and laughter from the audience.

During the debate, Walker continued to deny allegations that he paid for an abortion and attempted to encourage another and explained that his diagnosis of dissociative identity disorder contributed to his past violent actions. In the past, Walker has threatened shootouts with police, threatened to murder his then-wife while holding a gun to her head, and according to his son, caused his family to move several times trying to escape his violence.

Walker spent much of the debate accusing Warnock of abandoning Georgians’ needs in favor of Biden’s agenda, regularly citing the claim that Warnock voted with Biden on policy “96 percent of the time.”

In some of his responses, Walker accused Democrats of wanting an open border and accused immigrants of contributing to higher crime rates, both of which are untrue. He also suggested that getting rid of cash bond would set violent criminals loose on the streets, which is a gross misrepresentation of the fact that less than five percent of U.S. arrests made in 2018 were for violent offenses, according to arresttrends.vera.org/arrests.

He also seemingly made up a claim that 70 percent of all drugs illegally trafficked through the southern border end up in Atlanta. It should be noted that a 2010 report from the U.S. Department of Justice determined that Atlanta is a high-intensity drug trafficking area.

Several times in the debate, Warnock avoided answering questions directly, like when asked about adding seats to the Supreme Court and backing Biden in a 2024 run. Walker used this to his advantage, receiving applause after calling out Warnock’s avoidance.

At one point, Warnock was asked by a moderator about an IRS complaint filed against Ebenezer Baptist Church by a “conservative watchdog group,” according to the AJC. The historic church that Warnock preaches at was discovered to have ownership in housing properties that moved to evict tenants during the COVID-19 pandemic. One such tenant only owed $28, again according to the AJC. At the time, Warnock was publicly calling for a freeze on evictions. Walker seized the opportunity and said that he would pay the rent balances of the tenants.

Still, the group that filed the evictions stated that Warnock and Ebenezer Baptist have no involvement in the management of the property and that nobody had been evicted since June 2020. Warnock accused Walker and Republicans of inflating the story to try to damage his and the church’s reputations.

Abortion: Warnock called attention to the fact that Black women are at a higher risk of maternal mortality and said he believes that God gave humans the right to choose. Walker walked back previous claims of not supporting exclusions for rape and incest and spent much of the conversation denying multiple claims that he paid for an abortion.

Minimum Wage: Neither candidate supports a federal minimum wage. Walker said wage increases hurt business and Warnock said that he believes in working with businesses and unions to set wages and that workers deserve to enjoy the fruits of their labor.

Inflation: Walker blamed Democrats for inflation, said that the defense budget should not be cut, and suggested the U.S. stop relying on other nations for oil. Warnock pointed out that while he voted for the Inflation Reduction Act, Walker said he would have voted against it.

The entire debate can be viewed on Fox 5 Atlanta’s YouTube page here.