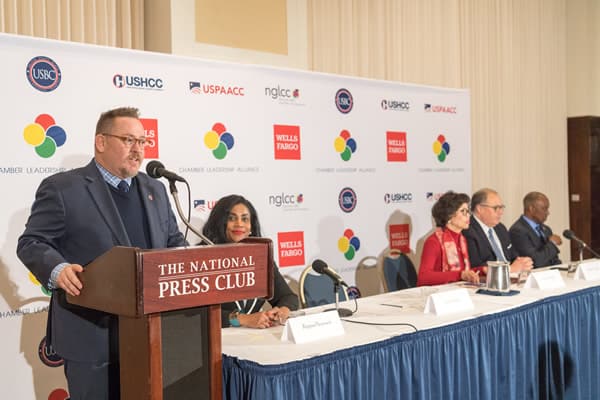 The National LGBT Chamber of Commerce is among the chambers of commerce that have launched a new initiative that seeks to provide additional support to business owners around the country.

A press release notes the initiative “is aimed at educating and developing leaders of diverse state and local chambers of commerce to support diverse entrepreneurs.” The press release also says the initiative will work with universities and target “more than 400 chamber leaders through innovative programming designed to empower chamber leaders to better serve their local communities of diverse businesses.”

Wells Fargo has made an initial investment of more than $800,000.

NGLCC President Justin Nelson on Tuesday said during a press conference at the National Press Club the initiative plans to work with groups that represent women, veterans and people with disabilities “so that all of our chamber leaders have the skills that they need to be the best they can be and to empower their businesses and their communities.”