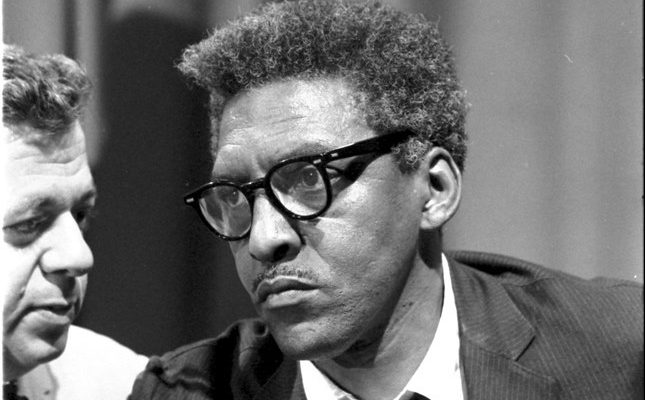 When researching the Civil Rights Movement for my novel, “The Last Good Republican,” I became fascinated with one particular figure from that turbulent era who is often overlooked. Bayard Rustin, besides being a Black American, was also gay and a socialist during a period when any of those three traits could easily marginalize one to the sidelines of society. Instead, this complex figure rose to the summit of 20th century America’s struggle for full rights.

He grew up in West Chester, Pennsylvania, and knew at an early age of his same-sex attraction. Fortunately, his family was supportive, and his Quaker grandmother (who raised him) had commented that if he liked spending time with other boys “I suppose that’s what you need to do.” By his early adult years, his time at college had exposed him to leftist political ideas, which guided him in the decades to follow, synthesizing with his pacifist Quaker upbringing into a global worldview of humanitarianism and egalitarianism.

Rustin actively began organizing protests in the 1930s, and by 1941 he along with other Black activists met with President Franklin Roosevelt to push for racial desegregation in not only the armed services (where Black troops were commanded by white officers), but also in employment.

Cognizant of the risk in resisting the racist strictures of Jim Crow, Rustin was arrested and beaten by police in 1942 for refusing to move to the back of the bus. But, undeterred, he continued to fight for justice, not only for Blacks, but also the Japanese Americans who were interned during World War II.

In 1948, Rustin traveled to India, where he became a disciple of Gandhi’s techniques of nonviolent protest. The Indian independence leader had just led his nation through years of resistance to the century-long British colonial rule, and despite Gandhi’s assassination, his techniques for pushing his adversaries to change became the model for other independence and reform movements worldwide. Through Rustin’s coaching, Martin Luther King Jr. learned the tactics of nonviolent resistance during King’s Birmingham years in the late 1950s, which led to the successful Montgomery bus boycott.

It was in 1952 that Rustin was again arrested, this time in Pasadena, California, but not for protesting America’s segregation. Found in a car having sex with two other men, the arrest thrust Rustin’s homosexuality into the open and would tarnish his reputation within the larger civil rights movement in the years that followed. Undaunted, he continued to organize, advise, and play pivotal roles alongside King and the Southern Christian Leadership Conference. He became a favorite target for critics of the Black civil rights movement, in particular the senior senator from my home state of South Carolina, Strom Thurmond.

Leading up to the famous 1964 March on Washington, which Rustin was instrumental in organizing, Thurmond railed against Rustin, calling him “a Communist, draft-dodger, and homosexual.” Entering Rustin’s Pasadena criminal record into the official U.S. Senate record, Thurmond also exhibited a photo of Rustin talking with King while King was taking a bath, implying that King had some sort of same-sex relationship with the openly gay Rustin.

In his later years, Rustin continued to work for the oppressed, organizing on behalf of labor unions and also supporting African nations’ right to self-determination. Despite his socialist philosophy, he became an ardent anti-communist and recognized the colonialist aspect of Soviet support for various independence movements in the Third World. When he passed away in 1987 at the age of 75, President Reagan praised Rustin for his work in fighting for freedom around the world.

Bayard Rustin’s life and life’s work will finally get the recognition they deserve with an upcoming biopic from Barack and Michelle Obama’s production company, Higher Ground. It will star openly gay actor Colman Domingo as Rustin.