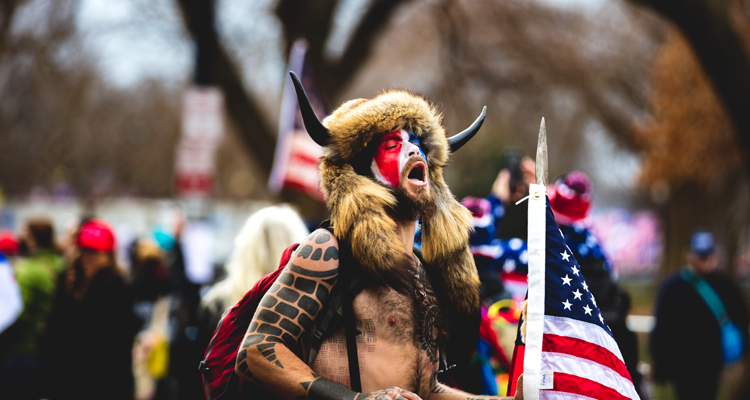 BLM Protests and the Capitol Siege Aren’t the Same

Equating the actions of those peacefully protesting the systemic and enduring oppression and violence against Black Americans by police forces following the horrific murder of a man and the violent actions of white supremacists supported by a president falsely claiming his election was “stolen from him” is simply wrong.

On November 16, 2020, Michelle Obama posted a photo of her and her husband with a caption stating that when Donald Trump won the 2016 election, she “was hurt and disappointed — but the votes had been counted and Donald Trump had won. The American people had spoken. And one of the great responsibilities of the presidency is to listen when they do. So, my husband and I instructed our staffs to do what George and Laura Bush had done for us: run a respectful, seamless transition of power — one of the hallmarks of American democracy. We invited the folks from the president-elect’s team into our offices and prepared detailed memos for them, offering what we’d learned over the past eight years.” She added that both she and her husband had to put their pride aside in order to help educate the new president-elect and his wife (who spread racist rumors about the Obamas) to prepare them for their term. She says it’s what they had to do, because that’s what the duty of holding office entails.

This obviously contrasts with the actions of President Donald Trump. After multiple recounts and calls for legally cast ballots to remain uncounted, he continued to claim that Joe Biden and his fellow Democrats stole the election. His digital tantrums culminated in the events that unfolded in Washington on January 6, 2020.
Trump spoke at a rally in D.C. around noon near the White House. He again claimed that the same election process that named him the 45th president of the United States in 2016 produced a fraudulent result four years later, saying, “This election was stolen from you, from me, from the country.” NPR reported that Trump then called “on his supporters at the rally to march on the U.S. Capitol, saying he [would] walk with them. Instead, he [returned] to the White House.”

Directly following his address, his loyal followers did as they were told. They marched on the U.S. Capitol. They stormed the scaffolding set up for the presidential inauguration and broke into one of the nation’s most significant buildings on the same day Congress was meant to solidify Joe Biden’s election through peaceful democratic processes.

Four protesters and one police officer died as a direct result of the Capitol siege, and another police officer present at the Capitol during the siege died by suicide four days later. Photos and footage from inside the Capitol show rioters and police officers standing off at gunpoint, an image that remained wholly absent from the Black Lives Matter protests.

Footage from inside the Senate chamber during the insurrection shows men in military gear and even a shirtless man wearing American flag face paint and a Viking helmet casually walking from desk to desk, rummaging through official government papers. A uniformed Capitol police officer casually strolls among the men and politely asks them to leave the Senate chamber, stating it’s “the sacred-est place.” When rioters claim they won’t leave but “won’t disrespect the place,” he idly stands by as the men file through. The man wearing the Viking helmet prays through a bullhorn, thanking God for “being the inspiration needed to these police officers to allow us into the building.”

Despite warnings in advance from the FBI and NYPD that there may be violence on January 6, the Capitol police did nothing to increase security, and the vast majority of the rioters left that day free and unharmed.

The same couldn’t be said when crowds gathered across the nation this spring and summer to participate in Black Lives Matter movements. The National Guard and police were present when they arrived. They came dressed in riot gear and armed with rubber bullets and tear gas, which they used freely. People were arrested on flimsy charges like “being out past curfew.”

The President labeled these protesters as “thugs” and supported their shooting. He did not sympathize with them and tell them that he “felt their pain” as he did with those that stormed the Capitol.

The vast majority of the Black Lives Matter protests were organized and registered through the appropriate public offices. They were filled with people chanting for justice because their brothers and sisters were being murdered. They were not breaking into a government building with the hopes of sabotaging a peaceful democratic process. They were not stalking the halls of the Capitol with guns while senators hid under desks, fearing for their lives. They were not applauded by a president who continues to be a sore loser.