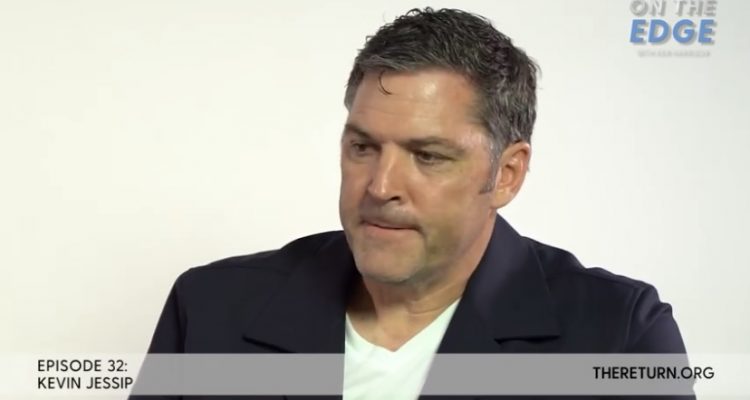 Creep of the Week: Ken Harrison

I haven’t thought about Steve Bannon in a hot minute. Best minute of my life, now that I think about it.

But all good things must come to an end. And so, Bannon is back in my newsfeed, specifically promoting the Promise Keepers on his “War Room Pandemic” podcast. I spent about 15 minutes of my life listening to it, and I am painfully aware that I will never get that time back.

Do you remember the Promise Keepers? Back in the ’90s they filled football stadiums with men who didn’t get enough hugs as kids and tried to cope through building a relationship with Jesus that depended on a simultaneous embrace of toxic masculinity.

Well, they’re back, baby. Mark your calendars, because on July 16 and 17, the Promise Keepers Men’s Conference is coming to AT&T stadium where the Dallas Cowboys play. For the low, low price of $86.75 you, too, can pack into a stadium of men taking advantage of one of the only opportunities they get to cry without being called a little bitch. Also, judging from the many polls taken that show that Evangelical Christians are likely to be Republican, and Republican men are the least likely to get vaccinated — you’ll likely have the chance to catch Jesus fever and COVID-19! Praise be!

Bannon’s guest on his April 23 show was Promise Keepers’ President Ken Harrison who wasted no time calling out Christian men for sitting back and letting LGBTQ+ rights happen.

“If [the global media] can get Christians, especially Christian men, to sit down, be silent and be passive, then they can be effective, and it’s working,” Harrison says. “Christian men are not standing up for what’s right. You think about how quickly we went from homosexual marriage to now men putting on dresses and being called women and playing on women’s basketball teams. And where are the Christian men?”

Oooh, oooh, I know! The anti-LGBTQ Christian men are introducing legislation all across the country to stop the non-existent threat of transgender women playing sports! So, you know, it kind of seems like the men he’s criticizing here are actually busy doing the thing he says they’re not doing.

Bannon asks why Christian men are so passive, Harrison answers, “We taught cheap grace. We taught that if you repent of your sins, Christ will save you and then we said, ‘Oh, and that’s it.’ So now you’ve got yours, you’ve said the magic prayer so now you’re just gonna go to heaven and so why try? Just sit back and enjoy your life.”

That, he said, isn’t what Jesus wanted.

Exactly. Jesus did not want you to enjoy your life. What Jesus wanted was for those Evangelical Christians in power to use that power to feed the hungry and heal the sick… Oh, wait. I always get that wrong. What I meant to say was punish transgender people for existing.

Harrison also tells Bannon, “We’ve got 10,000 underprivileged boys coming [to the Promise Keeper’s conference] that we’ve scholarshipped who don’t have fathers. This’ll be their first chance to see what men look like—real men.”

Lol. Wut? This immediately made me think of that scene from “Airplane” when Captain Clarence Oveur asks a young boy named Joey Hammond, “Have you ever seen a grown man naked?”

This idea that there is only one way to be a “real” man is harmful. To everyone, not just men. This “ideal” of “warrior Christian men” that Bannon praises Harrison for perpetuating is gross and dumb. The fact that anything resembling “gender nonconformity” makes a “real” man need anger management is evidence that he is not well. It’s literally a cry for help. Or a yell for help, if you will.

“We are all sinners. We have all done bad things,” Harrison says.

And because this is a podcast I can’t say for sure, I pictured Bannon’s head nodding up and down vigorously.

“But through the grace of Christ He forgives us. So we can get out of this complacency that we’re in.”

Wait a minute, I thought this whole “Christ forgives us” thing was the “easy grace” that made Christian men so lazy that they didn’t fight to the death to stop gay marriage.