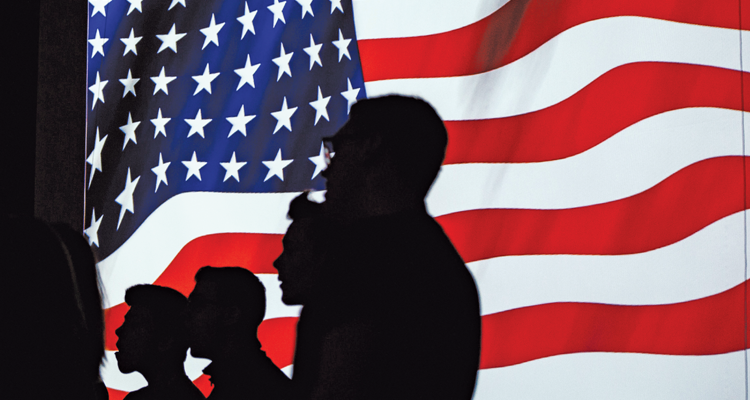 We’ve all been part of a troubled relationship. There comes a point where you realize there seems to be more differences between you and your intimate partner than the commonalities that brought you together in the first place. That is the place where you make the decision to stand back and either commit to repairing the damage or say goodbye and give up on the whole thing. This is where we are as a nation now that the election is over. Regardless of who you voted for, there are damaged relationships left in the wake of that dramatic contest. Even if the other man had won, we’d still be in this predicament.

It doesn’t have to be a bad romance that suffered during this contest. Maybe the tragic debris is from a relationship with a relative, former school buddy, or co-worker. Regardless, the focus should be on healing rather than giving up. That’s why I sought out advice for a troubled marriage that could translate to the work of healing our community. This is what Psychology Today recommends as a rescue plan:

Make a list of all the issues about which you have disagreements. This includes those issues that you stop short of talking about out of fear of arguing. If you fight about everything, it’s likely that your manner of talking with each other needs major improvement.

Fix your focus solidly on yourself. Attempts to get the other person to change only invite defensiveness. Use your energies and intelligence to figure out what you could do differently. What would get you to stay loving and good-humored even if the frustrating parts of your partner never improve? If both of you are seeking to facilitate your own upgrades, the relationship will blossom.

Cut the crap. Negative muck that you give each other is totally unhelpful. That means no more criticism, complaints, blame, accusations, anger, sarcasm, mean digs, snide remarks. Stay in the calm zone. Exit early and often if either of you is beginning to get heated.

Learn how to make decisions cooperatively. Win-win decision-making aims for a plan of action that pleases you both. No more stubbornness designed to “get your way.” Instead, when you have differences, quietly express your underlying concerns, listen calmly to understand your partner’s concerns, and then create a solution that’s responsive to both of your concerns.

Radically increase the positive energies you give your partner. Smile more. Touch more. Hug more. Help out more. Give more praise and more gratitude. Do more fun activities together. Laugh and joke more, do new things, and go new places together. That likely means leave politics where they belong: in the ballot box that has been emptied.

We’re a competitive bunch, I get that. But unlike with my Tennessee Volunteers where I can consistently have tension with my fellow SEC school graduates on the field or court, politics shouldn’t be as intense as sports, because Democrats and Republicans actually play on the same team. Regardless of where we each fall on that spectrum, we all should act like one nation and start picking up these pieces … together.