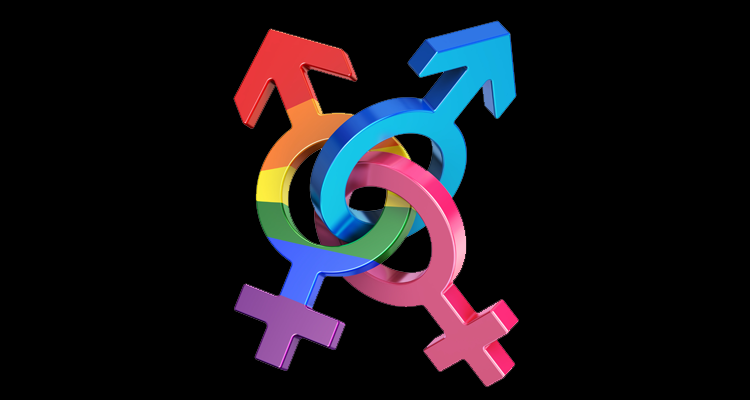 Gender nonconformity is having its heyday — for better and worse.

For the better: social media has created a space for more kids and adults alike to express their gender in ways more fluid, nontraditional, and abstract than ever before. Yay, gender nonconformity!

For the worse: the transgender and nonbinary community has become a right-wing scapegoat. More statewide anti-trans bills have been introduced this year than in years past and give any Republican about 10 minutes before they make some half-assed joke about pronouns like it’s their God-given duty.

While the very idea of gender at all is a social construct effectively instituted to control bodies, suppress autonomy, and keep people on the margins, gender policing is reaching a tipping point — and it impacts all of us (yes, even cis people).

Shon Faye, a transgender author whose book, “The Transgender Issue: An Argument for Justice,” comes out later this year, recently tweeted, “The first sentence of my book is: ‘The liberation of trans people would benefit everyone in our society.’”

I believe she’s right about this; transphobia, at its core, is a way to police someone’s body: how they dress it and adorn it, what they do with its parts, how they describe and understand it, etc. Transphobia comes from the same place that racism, homophobia, misogyny, classism, ableism, etc. come from: the desire for control and subordination by the socially powerful. Don’t think you’re exempt from this just because you’re cis — you’re not. However, when I say transphobia impacts everyone, I don’t mean equally. There are a select few who bear the brunt far more heavily (besides, of course, trans people): Black women.

Earlier this month, it was reported that two Namibian track and field athletes — Christine Mboma and Beatrice Masilingi, both only 18 — were banned from competing in the women’s 400 meter race at the 2020 Tokyo Olympics because their endogenous testosterone levels were above the World Athletics-mandated limit for women. The two are both AFAB (assigned female at birth) women, but the strict regulation of these athletes’ bodies has now excluded them from the arbitrary label of “woman.” The same thing happened in 2019 to the South African Olympic athlete, Caster Semenya.

Similarly, I’m sure you remember the hullabaloo surrounding rumors that former First Lady Michelle Obama was assigned male at birth. Far-right conspiracy theorist and professional asshole Alex Jones went so far as to analyze photos and videos of her in pants to claim she had a penis in 2017.

While the Obama incident didn’t produce the same tangible consequences as that of the Olympic athletes, it further demonstrates that the label of “transgender” is used as a weapon. Black women have always been masculinized to keep them on the outskirts of social femininity. In 2018, BuzzFeed contributor Hannah Eko wrote about her experience of constantly having to affirm her gender as a tall, dark-skinned Black woman: “I’m always left disoriented, wondering which fragment of my identity was responsible for the misdirected sir, the muffled joke … I wonder whether it’s my deep voice, an androgynous outfit, or a short haircut that provoked the reaction. But I’ve also been well aware that my race and gender play a huge part in these misconceptions.
I have lived long enough in the world to notice that Black women are rarely allowed full access to their femininity.”

As Audre Lorde said, “I am not free while any woman is unfree, even when her shackles are very different from my own.” I extend this to all people; the liberation of the transgender community and anyone whose gender identity doesn’t neatly fit into one half of a binary (which, if I’m honest, is most of us — but that’s an argument for another time) is an absolute necessity for the liberation of all of us: women, LGBTQ and disabled folks, people of color, low-income people, etc.

We can lead the way toward liberation by embracing gender nonconformity, ours and others’ around us. Gender nonconformity in all its forms — including drag — is an act of political revolution against a strict binary that, when thrust upon us against our will, can have serious, dangerous consequences. So, tip your drag performers, affirm and validate your trans and nonbinary peeps, vote for pro-trans politicians and rally against anti-trans legislation, and the next time you feel the need to comment on someone’s expression of self, gendered or otherwise, remember that it’s absolutely free to keep your mouth shut.