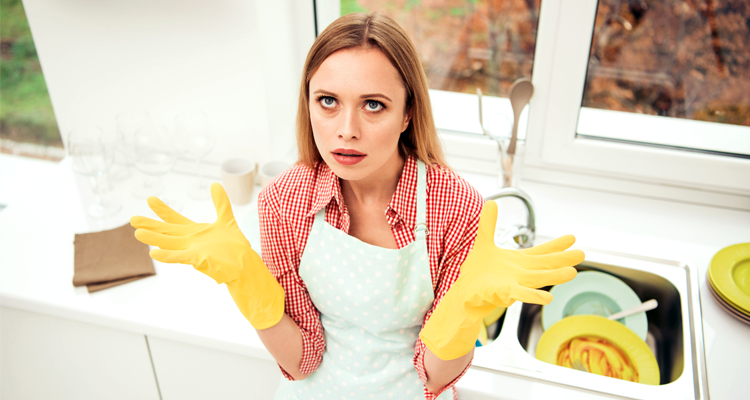 I had my first party since the pandemic began. Now, I’m defining “party” here as more than two people, since I did have a fellow vaccinated friend visit a few weeks ago. Because I have secured both vaccine doses and am well past the 2-week period since the second dose, it was time to roll out the red carpet and have a spring gathering. The two guests invited were a house cleaning crew.

I am not a fan of housework. It does not leave me with a satisfied feeling when the chores are done. I do not find the act of vacuuming, mopping, ironing or dusting to be a relaxing experience. I’m tired and frustrated when all is said and done, with a new sense of dread that everything I just accomplished will have to be done yet again in a matter of days. Despite having house cleaning help in the past, as a woman I somehow have a sense that I’m supposed to do these things and can’t help but feel lazy if they are not accomplished. I’d even clean a little before those cleaners would come.

During the pandemic I had the opportunity to sort through some old boxes and found a note from my late mother, Millie Pete, that was written many years ago. It said, Do what you love and hire out the rest. Now, my mother was a homemaker, having retired from teaching early to raise her youngest, and likely favorite, child. No hint on who that might be, but I should mention here that I was the final child she had later in life.

She even served as the president of her local Homemakers Association and not only took care of the cleaning, but also served a fresh, personally cooked meal at breakfast, lunch, and dinner. On top of that, she served as Worthy Matron in our town’s chapter of the Order of the Eastern Star. Devoted wife and dedicated mother to all three of her children, it goes without saying that my mother was a badass. But after a year of doing everything by myself, I understand now that she was an exhausted badass.

Even though we all were taught how to do every household job from her, as well as how to set a nice table for a fancy dinner, she never pressured us into being her. I think there was a dormant feminist in there not wanting to repeat the gender pattern of hard work without appreciation. So, when I found her note I first wondered why I didn’t originally pay attention to it, then felt a sense of gratitude for her permission to relinquish joyless parts of my life.

I’m sure the cleaning crew was a little taken aback at my enthusiastic greeting when they arrived. You truly would have thought I was throwing a party, the way I welcomed them in and showed them around. Each hesitantly lowered their vacuums and cleaning supplies to follow me around. All that was missing was champagne and hors d’oeuvres, but I would have gladly served them for the service they were providing me. As they left I finally felt that satisfaction at the gift I had given myself.

Next, Mom, a laundry service….