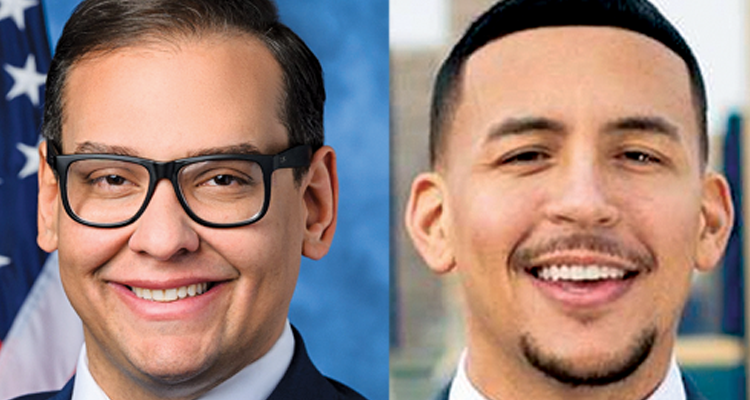 A Stunt Queen Goes to Congress (and Another Faces Jail)

Once characterized by bouncing checks and boosting merchandise from department stores, being a stunt queen has evolved to scheming against voters and stealing elected office. No one has deployed the stunt queen playbook — inventing achievements and assets, ghosting creditors, siphoning public dollars via welfare and tax fraud — as shamelessly and successfully as Donald Trump, but the term historically applied to gay men and drag queens who used various hustles to fund flamboyant lifestyles.

Like Santos, Brown fabricated business credentials and led an imaginary charity while running for office and a trail of eviction lawsuits revealed both men were not keen on paying rent. While Brown might have never lied about his religion, the incongruence between his childhood faith and adult behavior suggests he was, at best, Jehovah’s Witness-ish: he attempted to evade one eviction by claiming a military deferment, even though he never served and the tenets of his faith ban enlistment, just as they shun holding public office.

As with Santos, Brown was dubbed “political catfish” by alternative media (specifically, this newspaper) prior to being elected. Not a single mainstream media outlet in Atlanta looked into Brown’s shadiness until federal prosecutors indicted him for bank and credit card fraud in 2020, and still their reporting was limited to the details of the criminal complaint.

Stunt queens cannot exist without rubes, and there’s a thin line between being gullible enough to fall for fantastical cons and waiting on the suburban-based Atlanta Journal-Constitution or an interloper from the New York Times to verify local news. It’s popular to fret about the financial challenges small, local media outlets face; but the glamour bias in news consumption is as much a threat and makes it no wonder so many people flocked like moths to the blazingly farcical tales of Santos and Brown.

Such was his faith in his dishonesty and the electorate being a bunch of marks that Brown announced his candidacy for Atlanta mayor after he was indicted for being a wholesale fraud. He won less than five percent of the vote, but an alarming number of queer supporters were willing to overlook the obvious because he was a vocal progressive with a pretty face — no matter that his camera-friendly politics felt as oblique as the rest of his biography.

This week Brown emerged from the hole he slunk into after his mayoral trouncing to plead guilty to the federal charges and he now faces up to 30 years in prison at his April sentencing. His journey is a reminder the Santos debacle is not a uniquely Republican problem, just as Trump illustrates being a stunt queen is not an LGBTQ phenomenon.

Gifted fabulists will forever be hunting prey to exploit, and your own discernment is your first (and too often only) defense against being stunted on.