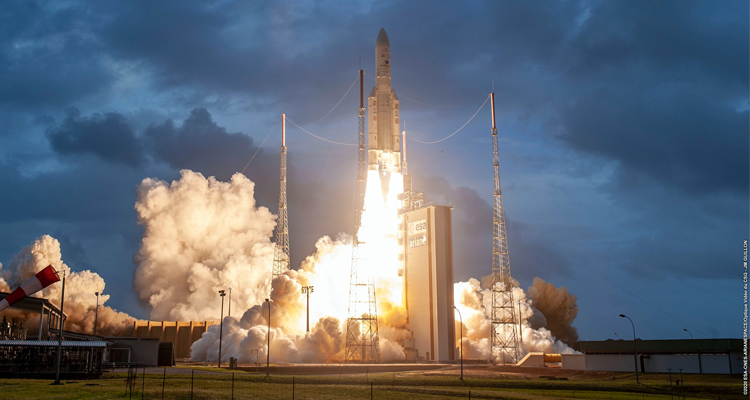 My husband has long had a fascination with space, perhaps inspired by his favorite musician David Bowie’s iconic songs, “Starman” and “Space Oddity,” from his Ziggy Stardust phase. So, when the evening news had a segment announcing that the European Space Agency was recruiting astronauts for the first time in 11 years, our ears perked up.

They said they were looking for men and women who have a master’s degree in science, engineering or mathematics. Some of the criteria the agency is looking for in their candidates include having a driver’s license (check), the ability to swim (not a strong swimmer, but okay), works well in a team environment (um, my last job evaluation scored me as “room for improvement,” but the truth of the matter is that Darren in Accounts Payable is a bitch), be able to scuba dive for up to eight hours a day to simulate microgravity in space (all right, I’m done), participate in parabolic flight operations to simulate zero gravity conditions (nope, I throw up on roller coaster rides), and have demonstrated skillful risk assessment in extreme conditions (on the other hand, I have survived Black Fridays at a Best Buy superstore).

While I am probably not the ideal candidate for going up into space as an astronaut, another gay man is breaking the glass ceiling as possibly the first gay space tourist. You might remember Jon Carmichael from the amazing photo he took during the Great Solar Eclipse of 2017 titled, “108.” He is one of the finalists for a planned Elon Musk-branded SpaceX flight in 2023, and while nothing is certain, Carmichael stands a good chance of joining a handful of others as the rocket travels for a week-long “cruise” around the moon.

This is not to be confused with the exciting Breakthrough Starshot project. While Elon Musk is sending space tourists into orbit and on moon cruises, Mark Zuckerberg and Israeli capital investor Yuri Milner have created a space exploration initiative called “Breakthrough.” With their $100 million initial investment, they anticipate spending up to $10 billion devising nanotechnology to send mini spaceships travelling at 15% – 20% of the speed of light to the nearest star system that has Earth-like planets: Alpha Centauri.

Alpha Centauri is a little over four light years away, so (… doing some quick math …) it will take around 20 to 30 years for the cluster of spacecraft to arrive. These tiny vessels, by the way, are truly miniature. Weighing only a couple of grams and about the size of a square centimeter, each would be powered by solar wings that extend up to 5 meters in diameter. In zero gravity of space, these 1,000 “Starchips” would be launched by a powerful laser that would give each of them the acceleration needed to speed away toward the Alpha Centauri star system.

To give you some perspective of how far these little satellites will need to fly once launched, consider this: if our sun were the size of a basketball, the Earth would be the size of a pebble about 106 feet away (a third of a football field). But the next closest star system, Alpha Centauri, would be the distance from Atlanta to El Paso, Texas — from our pebble of Earth to another basketball-sized sun.

The Starchip vessels that arrive — hopefully, several out of the 1,000 will survive the long, perilous flight — would send back photos from their micro cameras (a delay of a little over four years) of the planets in the Alpha Centauri system.

The goal is to launch the Starchips around 2036, just in time for RuPaul’s Drag Race Season 30 (and Miss Vanjie’s twelfth appearance as a contestant on All-Stars 20).