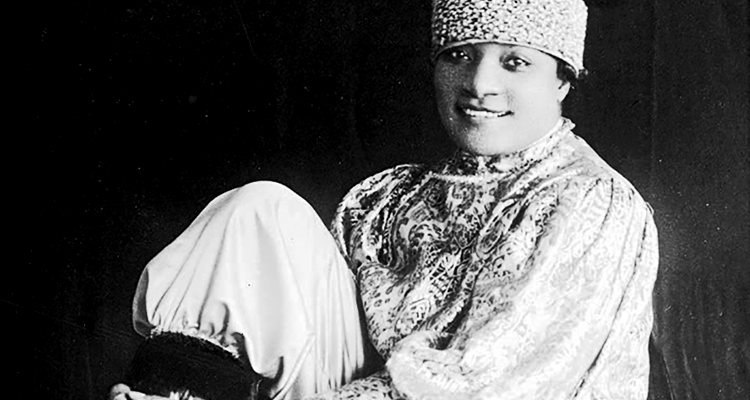 Before and during World War I, there was a great deal of ferment with immigrants peppering these shores; women asserting their rights, for the vote and for control of their own bodies and reproductive destinies; Black people leaving the South for opportunities and to avoid the horrors of Jim Crow and lynching; fundamentalist religious revivals exciting people to assert political dominance; large same-sex groupings in the military where queers found that in fact, they were not the only one; war work for people formerly denied decently paying jobs; and the repressiveness of the Klan on the march.

During this time, people were divided into Wet or Dry. Wet: alcohol-fueled, Satan-worshipping, moral degenerates whose boys are girls and girls are boys, driven by or abetted by foreigners. Dry: alcohol forbidding, God-fearing, moral people with clean lines drawn between men and women, native born and proud of it.

A nearly frantic policing of sex and gender began as Prohibition was set into place in January 1920, but there were multitudes who would no longer tolerate the conformism of rural and small-town Dry sensibilities.

The roots of the Pansy Craze stretched back decades, to the Harlem Balls and clubs, which the New York Evening World labeled “morally the lowest in New York, Paris, London or Berlin”. (Coincidentally, those were cities which also had their own versions of Pansy Craze life.)

For the first time, people saw women publicly smoke and drink and engage in the freest of love. Popular culture storied it in music, gossip columns, news accounts and movie after movie. With 78s (for phonographs), sheet music, photoplay and Hollywood gossip magazines, regular news coverage and movie and nightclub reviews, overtly queer culture was disseminated in ways not previously possible.

We saw the people Noel Coward called the “pretty, witty boys,” along with inundations of chorus girls and boys, drag queens, men and women in the most elegant of tuxes. Certain clubs had signs that read “girls will be boys.” To be “diked out” or “out on a dike” meant a young woman in their very best clothes, natty shirts, stick pins, even tuxes, ready for a night on the town. There were blues lyrics like, “They’s two things I cain unnerstan/That’s a B.D. woman and a pansy man.” Yet the Renaissance and the Drag Balls provided plenty of strutters. For instance, the elegant A’Lelia Walker, heiress to Madame C.J. Walker’s fortune, almost never appeared without her crop of chorus girls, socialites, artists, writers, and theater people.

The 1920s also saw an increase in the number of bohemian enclaves in rundown areas, such as New York’s Greenwich Village. Painters, poets and performers were lured by cheap rents and an increasingly wild and lawless lifestyle. Prohibition gave birth to a boozy black market and a bustling underground scene, where bright young things slumming it in mob-run nightspots developed a taste for camp, cutting repartee, powder, pomade, and fabulousness.

Queers flocked to cities as much for the nightlife as for the ability to connect with others. New York newspapers reported that Broadway “will have night places with ‘pansies’ as the main draw. Paris and Berlin have similar night resorts, with the queers attracting the lays.”

Tourists came from out of town specifically to see those shows, dabble in a little perversity or give themselves over to it entirely. There was a mix of class, race, and sex – although the pansy clubs with their entertainments of drag, gender bending, swishy men and low-down bawd could sometimes have expensive dress codes.

Tourist gawking was thinly permitted, and any of the Hollywood clubs would see a cavalcade of elegant stars dressed to the nines, with women such as Garbo and Dietrich often in men’s tails or ties, everyone flirting with or joining in the decadence.

Mr. and Mrs. America liked it not. A spectacular gangland shooting in a pansy club in New York in 1931 led to louder calls for pansy bars — apparent loci of crime and moral degeneracy – to be shuttered.

The end of Prohibition on December 5, 1933 meant “Gone with the Wind” for clubs everywhere. Cities issues liquor licenses only to “orderly” establishments with “good moral reputations.” Those with previous drag raids or pansy histories didn’t make the cut.

Censorship blew in like a relentless tornado. Queers were increasingly identified as commies, security and moral risks, with a drumbeat of hysteria ginned up by the formerly ‘yellow peril’ peddling papers.

In 1932, Los Angeles spectacularly began an all-out war on “the Nance and Lesbian amusement places in town.”

With the end of Prohibition came the end of sympathetic portrayals of gay characters in Hollywood films and theater. By the mid ‘30s, the Hays Code of movie censorship was put into effect in Hollywood, which effectively banned performances or even mention of openly gay characters, and virtually all exhibition of heterosexual “vice.” The Depression meant people got strong men of conviction and their strong, enabling women, or desperate, degenerate criminals, sometimes with molls.

The Craze sputtered out its last mincing step in Atlantic City. A tense divide between family-friendly and daringly adult pursuits had always existed there. But in 1935, the Mayor said ‘no more pansy.’ Literally: “The Pansy Club and The Cotton Club” were now “darkened by the police.”

This was the last gasp of the wide-open days that had allowed hundreds of thousands to at least vicariously partake in something they’d never dreamt of before. Something shiny, classy, Queer, in Hollywood or Sheboygan, anywhere with a movie house or record player and people hungry to suck in this new oxygen and be a part of something.