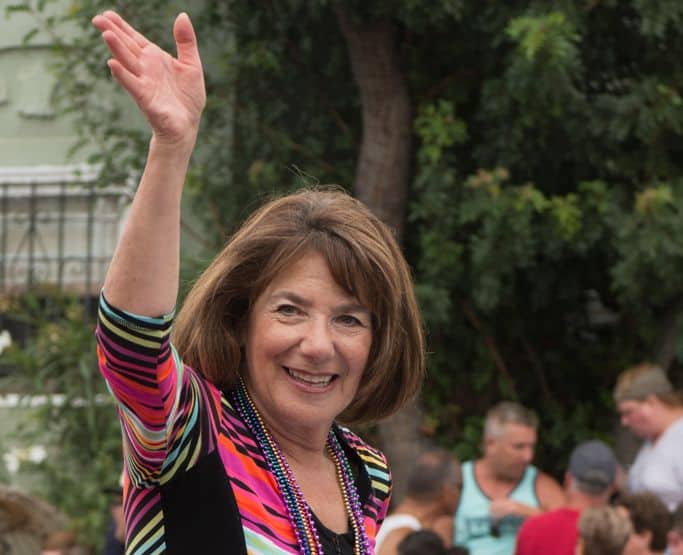 Representative Susan Davis, who represents San Diego and several surrounding municipalities, was sued earlier this year for keeping a Pride flag outside of her Washington, D.C. office

Now comes the news that that lawsuit has been dismissed. Supporters of Davis and LGBTQ advocates denounced the lawsuit as egregious.

A federal appeals court was responsible for the formal dismissal.

According to the Times of San Diego, the suit was filed by a man named Chris Sevier, a lobbyist who is known for filing multiple anti-LGBTQ lawsuits. He sued in a Washington court in July of 2017. The suit also included the Representatives Alan Lowenthal, Donald Beyer and Earl Blumenauer.

Sevier made the claim that homosexuality was a religion. Following this logic, the Pride flag would have no place in any Congressional office.

As might be expected, the court did not agree with Sevier’s argument.

Sevier also sought the removal of the flags, and in addition one dollar in damages–as well as court costs for time spent.

The suit was originally dismissed in March.

Sevier then tried his luck in appeals court, and it is this suit that has just been thrown out.

In a statement, Davis said “This is good day for justice and equality. The lower court recognized the lack of merit to this lawsuit and I was always confident that the appellate courts would see it the same way … Marriage equality is the law of the land and should always remain that way. The final dismissal of this lawsuit is a victory for freedom and equality.”

Davis, a Democrat, has represented the fifty-third district of California since the year 2001. She is married to Steven Davis, and served in the California State Assembly prior to her time in Congress.