The AJC is reporting that "significant issues" are occurring in Fulton County today as some voters are apparently being sent to the wrong precincts. The problems impact two races with gay candidates on the ballot.

The Secretary of State's office is also not getting "any cooperation" from Fulton County election officials, according to the report. 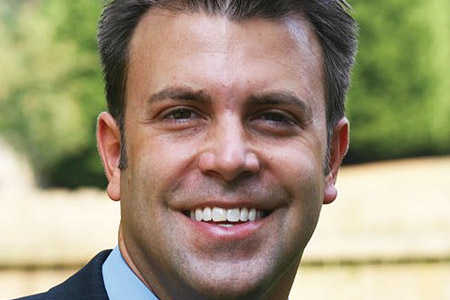 Alan Tart, the openly gay Milton City Council member who lost his reelection bid on Nov. 8 to challenger Lance Large, has filed a complaint with the Georgia Secretary of State's Elections Division. Tart alleges two robocalls that went out the night before the election included one that illegally impersonated him as well as falsely represented they were from his campaign.

According to Tart, the calls began being received by people he knew at about 7 p.m. on Nov. 7.

"One was a woman speaking about me in the third person; the other was a man impersonating me in the first person," Tart said.

The robocall from the man, according to Tart, stated, "I am the only openly gay Democrat in North Fulton and it’s important to re-elect Alan Tart so that a progressive voice is heard on the city council. As cited in the GA Voice, ATL Progressive News, and Project Q magazines, Alan, as a progressive who is openly gay, is in a tight race against a conservative Republican Lance Large. Make sure to re-elect Alan Tart to keep a Democratic voice in a sea of Republicans."

Georgia Equality chose to sit out the race for Secretary of State, as the job does not deal directly with LGBT-specific issues. Atlanta Stonewall Democrats endorsed Michael Mills, although Gail Buckner and Gary Horlacher also applied.

Mills was the only candidate to return the Georgia Voice survey. He said he would publicly support a broad range of LGBT issues, but stopped short of full marriage rights, backing civil unions for gay couples instead.