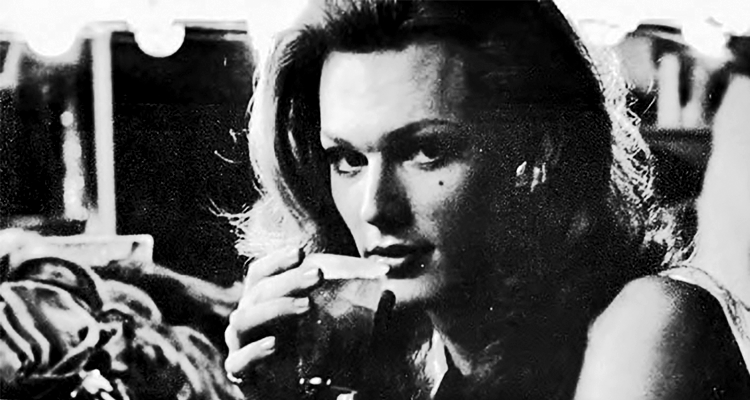 In A Night at the Sweet Gum Head, journalist and writer Martin Padgett tells the story of Atlanta’s LGBTQ history during the ’70s and ’80s. The book pulsates with the excitement and energy of the gay night club it is named after, as Padgett looks at Georgia’s capital’s past through its disco and political scenes. By blending these two elements together, Padgett has weaved together an intriguing tapestry of Atlanta made up of government officials and drag queens.

A Night at the Sweet Gum Head follows many figures in Atlanta’s extensive LGBTQ history, but the two individuals Padgett concerns himself with the most are John Greenwell and Bill Smith. Greenwell was a regular at the Sweet Gum Head, where he would rise to fame as the drag star Rachel Wells; Smith was a journalist and political activist who led the Georgia Gay Liberation Front, became city commissioner, and wrote for the gay newspaper the Barb. These two very different people tell much of Atlanta’s LGBTQ community’s story during the disco era.

While the story is focused on Greenwell and Smith, it is also personal for Padgett. Like Greenwell, Padgett lived part of his youth in Alabama and saw Atlanta as an escape from heteronormativity; and like Smith, Padgett took his passion for telling and redefining the story of the LGBTQ community to journalism. He even lived on Cheshire Bridge Road, the very same road where the Sweet Gum Head used to be.

When asked about his inspiration for the book, Padgett shared, “I started writing about Cheshire Bridge Road because I thought the book was going to be something like Atlanta’s history since the late 60’s—really after the day Martin Luther King was shot. I thought, ‘Has Atlanta really lived up to the expectation, the goals that Martin Luther King left behind?’”

“I started looking on Cheshire Bridge Road for stories I could get close to because I had lived there when I first came to Atlanta,” he continued. “This bar’s name kept cropping up, and I had no idea. I thought, ‘Well, I’m decently well-traveled on bars—at least when I first moved to Atlanta.’ So when I didn’t know the name and I didn’t realize I lived next door to where it was, I thought I should spend a couple of afternoons looking around for stuff. And then I saw John Greenwell’s memoir about being Rachel Wells. And from then on I realized this was it, and within the first couple of days of poking around I knew it—this was a book.”

When asked about his own experience living in Alabama as Greenwell did, Padgett said, “Alabama was a place I felt very comfortable as long as I was living a very code-switched life. I actually really liked Birmingham, but it wasn’t very gay at all, or at least I thought—it was a small community. Everyone I knew who was gay, the handful of people, were always going to Atlanta. ‘You have to go to this place, do this, do that.’ I kept on coming every weekend and kept loving it. And when I decided I didn’t want PR for a career, I moved to Atlanta. And not long after I moved I decided to buy a place and ended up on Cheshire Bridge Road just because I thought it was the epicenter of what gay night culture was and knew it would be a comforting place to come out.”

Padgett’s personal connection to the history in A Night at the Sweet Gum Head becomes clear when looking at the intricate way he tells the story of Atlanta. Padgett bounces between the personal stories of the numerous individuals who make up Atlanta’s history rather than hyper-focusing on major events.

“When you find as many fascinating people as you find at a night club, it’s hard to want to turn any of them away,” Padgett said. “In fact, you cannot write a book about a nightclub without focusing on one or two people only. People are going to wonder who else is there, or why is Liberace in the corner?”

The effect of Padgett’s decision to the tell the stories of individuals—and to base these stories around a night club—is one that humanizes the people involved in creating Atlanta’s LGBTQ history and embraces queer culture for what it is. As Padgett writes in the preface of A Night at the Sweet Gum Head, “While same-sex marriage has normalized aspects of our queer lives to a degree, assimilation is one of the many things that have eroded our sense of community. We’re losing a distinct dimension of the queer experience. We’re being straightwashed, even as an unashamed army of bigots wants to turn back the clock.”

A Night at the Sweet Gum Head reclaims the queer experience. It moves with the energy of the exciting nightlife its characters are surrounded by and even owes its structure to the music that inspires the book.

“I came to view the book as a musical,” Padgett said, “because there’s so much music in it.” Indeed, the different parts of the book are named after popular disco songs that must have played at Sweet Gum Head.

But of all the gay bars and clubs of Atlanta, why does Sweet Gum Head deserve to be the center of attention when it comes to understanding the city’s queer culture during the ’70s and early ’80s and to help preserve the distinct identity of the LGBTQ community? Padgett pondered this question when he first began writing his book.

“It started with looking what that name was, Sweet Gum Head,” Padgett joked. “This place started as a sort of cultural protest. The guy who opened it, Frank Powell, was clearly out to make money, but he was also opening the first out-there drag club, publicly, at a venue that used to host soul music and go-go dancing—it was a very public place. It was a little radical, and what proceeded to fill the space were other acts of radical sexuality, gender identity, drag, and finally political fundraisers. So the place itself is pivotal. Maybe it could have happened two doors down. But I spoke with all these people who were there and people who performed there, and lot of other places are just followers of this club.”

“This club was a real trailblazer in Atlanta. It owed some debt to places like Mrs. P’s and night clubs that had given the gay community a space. But it was out there! It was well known—not necessarily well lit—but well known. Political leaders knew about it and spoke of it! It was a milestone in Atlanta’s queer culture, and because of its importance in drag, it’s a national milestone.”

A Night at the Sweet Gum Head is available for purchase now here.