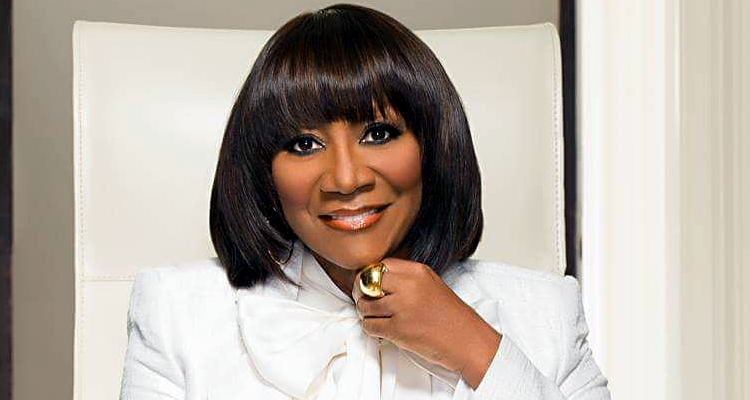 When Black Liberation activist Kenyatta Shakur comes back to the world after prison, he finds himself widowed and alone. His fraught reunion with his daughter Nina only intensifies when she refuses to release to him letters from his late wife that are both personally and historically significant. In the familial tug-of-war that ensues, Kenyatta and Nina must find a way to confront their shared history. “Sunset Baby” is a crackling play from MacArthur Genius Grant recipient Dominique Morisseau, one of the most acclaimed playwrights in America. Today, 8pm through October 16, Actor’s Express

“KURIOS™ – Cabinet of Curiosities” is Cirque du Soleil’s 35th production since 1984. Cabinets of curiosities are the ancestors of museums, also known as cabinet of wonder in the Renaissance Europe. Aristocrats, members of the merchant class and early practitioners of science formed collections of historical relics, works of art or mysterious travel souvenirs or artefacts. “KURIOS™ – Cabinet of Curiosities” has a cast of 46 artists from 16 different countries. Running through December 24 under the iconic Big Top at Atlantic Station, with 4:30 and 8:30pm performances today.

Today is the last day to catch streaming films online as part of this year’s Out On Film.

“Misery” follows successful romance novelist Paul Sheldon, who is rescued from a car crash by his “number one fan,” Annie Wilkes, and wakes up captive in her secluded home. While Paul is convalescing, Annie reads his latest book and becomes enraged when she discovers the author has killed off her favorite character, Misery Chastain. Annie forces Paul to write a new Misery novel, and he quickly realizes Annie has no intention of letting him go anywhere. 3pm, running through October 23, Onstage Atlanta

Come dressed up as your favorite Superhero for the Heretic Harness Party: Heroes & Villains edition. Break out those harnesses to complete your look. 10pm, Heretic Atlanta

Fashionable and fierce, the ladies of the smash-hit comedy series “Designing Women” are now live onstage in this hilarious and timely new comedy set in Atlanta in fall 2020, “Designing Women – 2020: The Big Split.” Presidents and pandemics are the hot conversation points, and Julia and her partners at Sugarbaker’s interior design firm are now tackling 21st century challenges with wit, pluck, and style. The house of Sugarbaker may be divided this election season, but these Southern, smart, and sassy designing women prove that nothing truly unites us like laughter. 8pm, with an open-ended run, Horizon Theatre

Trans and Friends is a youth-focused group for trans people, people questioning their own gender, and aspiring allies, providing a facilitated space to discuss gender, relevant resources, and activism around social issues. 7 – 8pm for youth and 8 – 9pm for adults, Charis Books and More

Out Front Theatre Company presents the musical “Kinky Boots,” with music and lyrics by Cyndi Lauper and book by Harvey Fierstein. Charlie Price has reluctantly inherited his father’s shoe factory, which is on the verge of bankruptcy. Trying to live up to his father’s legacy and save his family business, Charlie finds inspiration in the form of Lola, a fabulous entertainer in need of some sturdy stilettos. As they work to turn the factory around, this unlikely pair find that they have more in common than they realized… and discover that when you change your mind, you can change your whole world. 8pm, through November 5, Out Front Theatre Company

The LGBTQ+ Book Club is a group for LGBTQ+ folks and allies to read queer-themed books and books by queer authors. The goal is to have diverse thought-provoking discussions about queer identity, history, and topical issues.  This month’s book is “The Thirty Names of Night: A Novel by Zeyn Joukhada.” Register in advance for this meeting at  https://us02web.zoom.us/meeting/register/tZEkcO2rpzojGdANXXiqdPgA0TsjdZcs_rYe,10 – 11:30am

WUSSY is back with its annual spooky season screening of “Hocus Pocus” at the Plaza Atlanta theater tonight. Attendees are encouraged to dress up for the costume contest. Prizes will be awarded for the best Sanderson Sisters couture, corseted yabbos, & 1990’s Salem fashions. The event is hosted by Dotte Com, Hera Kane, & Molly Rimswell. Doors open at 6pm. Arrive early, grab a cocktail, grab a snack & take some photos before the look contest starts at 7pm.

The Black Feminist Book Club reads books by amazing Black women writers, centers the discussion from Black feminist perspectives, and celebrates classic and contemporary Black women authors across genres and styles, all in the comfort of an awesome gem of a feminist bookstore. Charis Circle board chair Susana Morris is the facilitator of this group. All community members are invited to participate with the acknowledgment that this is a space that centers Black women’s thoughts, creativity, and lived experiences. This month’s book is “Mama Day” by Gloria Naylor. Register in advance for this meeting: https://us02web.zoom.us/meeting/register/tZIkcOuhrj4rGNOVtI9-THkFrYLOhME_IbdJ, 7 – 8