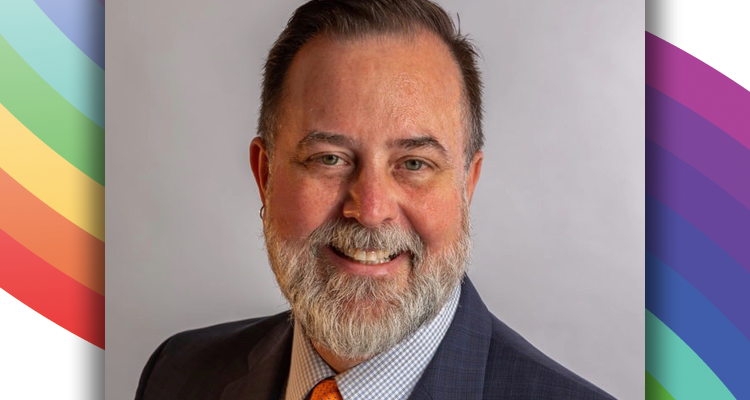 Time is Running Out to Ensure Equality and Fairness for All

Members of the LGBTQ community and our allies around the country will take the next few weeks to commemorate those brave souls who resisted police oppression during the Stonewall Riots of 1969. There will be celebrations and parades. Companies will paste rainbows on everything from T-shirts to laundry detergent, and city halls around the country will raise Pride flags.

June is also when we commemorate critical U.S. Supreme Court victories, including those that ensured the right to have consensual sex lives, the freedom to marry, and the right to be free from employment discrimination. All these rulings have been milestones that add value to the celebrations and mark important milestones in our movement.

But this year there are storm clouds looming that threaten to rain on our parades as we wait anxiously for that same Court to invalidate 50 years of legal precedent protecting women by overturning Roe v. Wade. Should this unprecedented rollback of an individual right come to pass, we must face the inconvenient truth that rights afforded by courts can be reversed if they are not backed up by law.

In fact, what is often lost among celebrations and flag waving is that the only laws that protect us from discrimination based on sexual orientation and gender identity have been passed by state and local governments. We should celebrate those hard-won battles, but we must also acknowledge that in 29 states it is still perfectly acceptable to discriminate against LGBTQ people in most instances.

The Equality Act would change that by adding sexual orientation and gender identity to current federal civil rights law, but that bill has been stalled in the U.S. Senate for over a year. Despite strong bipartisan public support, including

89 percent of Democrats and 65 percent of Republicans, like so many other critical pieces of legislation this bill has yet to garner enough Republican votes to pass the Senate without the threat of a filibuster.

The good news is that there are at least ten Republicans in the Senate who have expressed some level of support for passing some form of LGBTQ nondiscrimination legislation, so there is hope that this can pass — but we are running out of time for action. And we need action now to ensure that legislation passes Congress and heads to President Biden’s desk before the end of the year.

Unfortunately, if nothing passes into law this year, no one knows for sure when there will be LGBTQ supportive majorities in both the House and Senate as well as the White House again.

The first federal nondiscrimination bill was introduced in 1974, five short years after the Stonewall Riots. That means that for nearly 50 years, Congress has refused to pass legislation that would guarantee our right to hold a job, secure housing or receive essential services such as health care. And while there were times when previous bills passed one chamber, they either didn’t pass the other or were threatened by a Presidential veto.

It is time to demand that all who claim they support nondiscrimination rights get serious about working out a bipartisan compromise. Georgia Equality has joined with other state and federal organizations to create Equality and Fairness for All Americans. This effort is a grassroots initiative to develop a framework to bring voices across the political spectrum together that will lead to the legislative language that will not only make it through the U.S. Senate, but will also be adopted by the House and signed by President Biden.

The goal of the Equality and Fairness for All Americans framework is simple: to provide all Americans protections in employment, education, housing, credit, jury service, and public accommodations, including members of the LGBTQ and faith communities. These are not radical, partisan actions, but rather policy solutions aimed at bringing meaningful federal nondiscrimination protections to millions.

That is why this Pride month, we must follow the lead of those who said enough is enough at the Stonewall Inn. Equality and fairness are not red or blue issues — they are American values. All hard-working people want equal opportunity and protections to do their jobs and provide for their families. LGBTQ people want the same thing as everyone else: the freedom to work hard, access basic services, and care for themselves and their loved ones without fear of discrimination.

You can find out more about this framework and how to support the effort at EqualityandFairness.com.