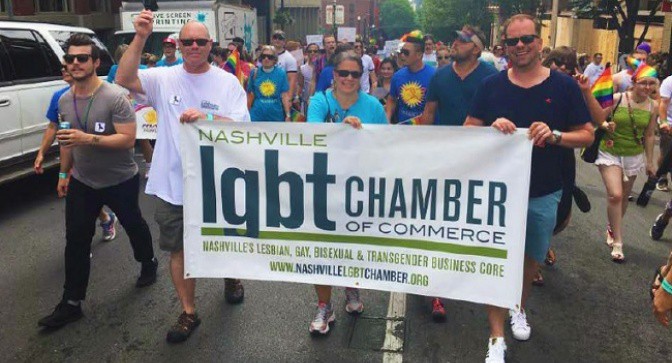 2. The Peach State’s own Georgia Prosper initiative inspired the Nashville LGBT Chamber to implement Tennessee Thrives, a coalition of more than 300 businesses and organizations that aims to make the state’s legislature think twice about passing a bill like North Carolina’s HB2.

3. Gospel singer Kim Burrell, who is scheduled to sing on “Ellen” this week alongside Pharrell Williams, is under fire for a sermon she preached at a Houston, Texas, church. Burrell preached about the “perverted spirit” of the LGBT community to a cheering crowd, and predictably, a lot of people (Pharrell included) aren’t pleased with it.

4. Yesterday, Denmark became the first country in the world to stop defining transgender identity as a mental illness. The country’s government said that if the World Health Organization had not made the change by Jan. 1, 2017, Denmark would move forward solo — and so it did.

5. VIDEO OF THE DAY: Rumors started surfacing several months ago that “Will & Grace” may be returning to television. See what Megan Mullally had to say on the subject while on Andy Cohen’s “Watch What Happens Live” in December.