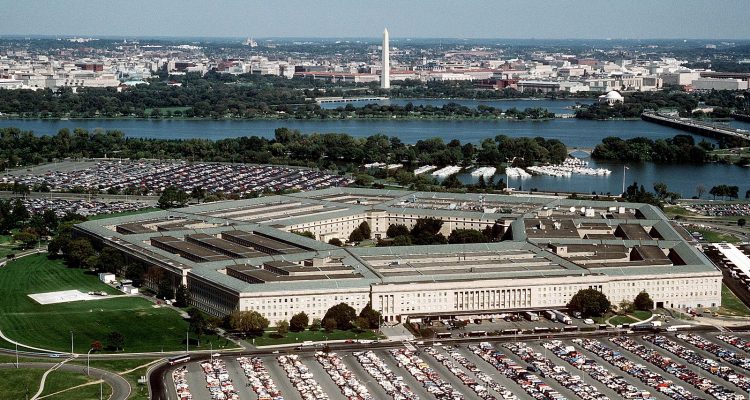 Despite behind-the-scenes objections, the U.S. Senate on July 22 confirmed the nominations of two openly LGBTQ appointees to top Pentagon posts. The vote, by voice vote without objection, confirmed transgender Shawn Graham Skelly of Virginia to be an Assistant Secretary of Defense and lesbian Gina Ortiz Jones of Texas to be Under Secretary of the Air Force.

Skelly, 55, a retired U.S. Navy pilot and former deputy chief of staff for the U.S. Pacific Command, served as a special assistant to the Under Secretary of Defense for Acquisition, Technology, and Logistics during the last three years of the Obama administration. She was also part of the Biden transition team and co-founder of an LGBTQ national security group called Out in National Security.

Annise Parker, president of the LGBTQ Victory Institute, said the confirmation of Skelly and Jones to “key leadership positions” will “transform perceptions of LGBTQ people within the ranks of the U.S. military, but also among the leaders of militaries we work with around the world.”

“While they were confirmed because of their unquestionable qualifications and experience,” said Parker, “they symbolize our continued progress and will further disrupt any lingering notion that LGBTQ people are somehow unfit to serve.”

Jennifer Dane, executive director of the Modern Military Association of America, a pro-LGBT group, praised Skelly’s “exceptional military career” and work for the Obama administration and said Jones “represents diverse intersections of minority groups and her visibility at the top echelons of leadership is exactly what our communities need.”

“We look forward to working with them both to ensure honor, dignity and respect are extended to all military members,” said Dane.

Disrespect in the background

There were no voiced objections to either Skelly or Jones during their June 16 confirmation hearing before the U.S. Senate Armed Services Committee. But ahead of the hearing, at least one Republican senator derided President Biden’s more pro-LGBT military as “emasculated” and “pansies.” And several of his Republican colleagues said they were concerned about “far left” agendas.

U.S. Senator Ted Cruz (R-Texas) stirred controversy in May when he took issue with a U.S. Army recruiting video that featured a female soldier who has two moms. The two-minute video features Corporal Emma Malonelord, who operates Patriot Missile Defense weapons. In the mostly animated video, Malonelord explains what inspired her to join the Army. She describes having “fairly typical” childhood, notes that she had two moms who served as “powerful role models,” and says she finished at the top of her class in high school. She shares the experience she had when one of her parents was paralyzed in an accident and had to

struggle with rehab before she could walk again and have a wedding ceremony with Malonelord’s other mother.

The Malonelord video was one of five the U.S. Army began posting on YouTube to encourage enlistment from a wide range of people. It focuses on five servicemembers—three women and two men, animated in a kind of superhero action figure presentation. An Army press release says the video was intended to make clear the Army is comprised of “real people with hopes and dreams, fears, aspirations, families, friends, and obstacles to overcome.” But the Army Times reported that the video was heavily “disliked” on YouTube, prompting the Army to shut down the comment section on all five.

Cruz, who has not served in the military, posted a message on Twitter May 20, showing the U.S. Army recruiting ad along with one from Russia. The Russian ad depicted its military as an all-white, all-male group of buff soldiers doing push-ups, parachuting, and looking somber and ominous. Cruz’s Twitter post commented, “Holy crap. Perhaps a woke, emasculated military is not the best idea,” implying, apparently, that he sees the Russian image as superior.

Cruz’s post got 33,500 “Likes” but also many stinging criticisms. Some included photos of Cruz kowtowing to President Trump and suggesting Cruz is an expert on emasculation. Most criticized the senator for expressing a preference for the Russian Army.

“It’s incredibly frustrating to have a sitting Senator degrading the service of a woman who raised her hand, volunteered, and is currently serving honorably,” said one Twitter response. Another called Cruz’s post “disgusting,” saying he was “Actively cheering for an adversary to make a domestic political opponent look worse.”

U.S. Senator Tammy Duckworth (D-Ill.) posted a Twitter message in response to Cruz, saying, “Holy crap. Perhaps a U.S. Senator shouldn’t suggest that the *Russian* military is better than the American military that protected him from an insurrection he helped foment?” She was referring to the January 6 mob attack on the U.S. Capitol which forced the evacuation of Congress as it was about to certify the election of President Biden. Cruz was a big promoter of then President Trump’s claims that the 2020 presidential election had been “stolen” from him. Cruz quickly attempted to answer his critics, saying they were “lefty blue checkmarks” and that he wasn’t attacking the U.S. military.

“We have the greatest military on earth, but Dem politicians & woke media are trying to turn them into pansies.”

“Ted Cruz is a bigot and a joke and has no business questioning the strength of LGBTQ servicemembers or veterans when he hasn’t served himself,” said Elliot Imse, a spokesman for the LGBTQ Victory Institute.

U.S. Defense Secretary Lloyd Austin told CNN that servicemembers “represent the United States of America” and “ought to look like America….” He criticized Cruz’s remarks as enabling Russia and China to “capitalize on talking points like that.”

A group of 30 Republican members of Congress also targeted the Malonelord video. In a May 25 letter to Austin, the group said the Defense Department’s post-insurrection efforts to eradicate “extremism” within its ranks is, instead, rooting out servicemembers “who will not affirm far-left doctrines.” They specifically criticized the Malonelord video because it “features a lesbian wedding” and “depicts ‘two moms’ raising a child.”