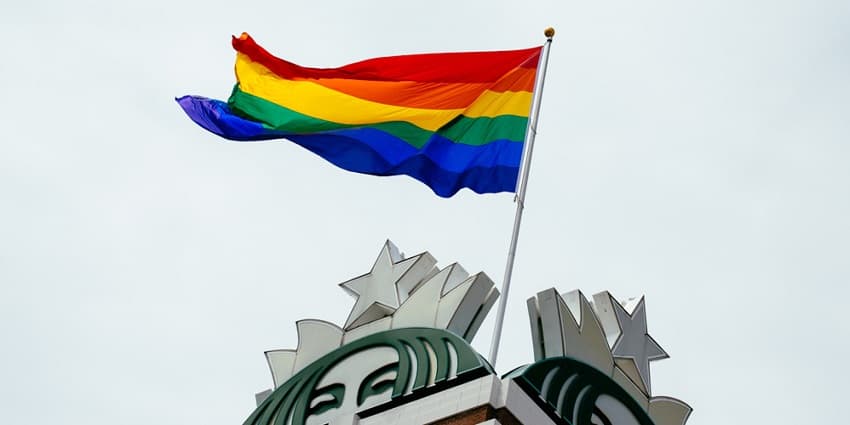 1. Those gay-loving java slingers at Starbucks marked the 40th anniversary of Seattle Pride by raising a giant 800 square foot rainbow flag over their headquarters.

2. “If I saw something wrong, I tried to correct it.” Don’t miss the story by Jackson, Mississippi’s Clarion-Ledger about Eddie Sandifer, who is being called “the Robin Hood of the civil rights movement.” Sandifer robbed jewelry stores in the 1960s to raise money for LGBT and African-American civil rights causes. His (legit) activism continues today, as he volunteers to help those living with HIV.

3. The Daily Beast is up with an interesting read on “Gay Men and the Presidents Who Loved Them.”

4. “We must realize that while some people use bisexuality as a stepping stone to coming out, for most of us, it’s not a pit stop — it’s our destination.” Journalist pens op-ed for The Advocate, saying he’s had enough about people asking whether his bisexuality is a phase.

5. VIDEO OF THE DAY: And this train keeps a-rollin’… An openly transgender priest was the first to preach at Washington D.C.’s National Cathedral this past Sunday.