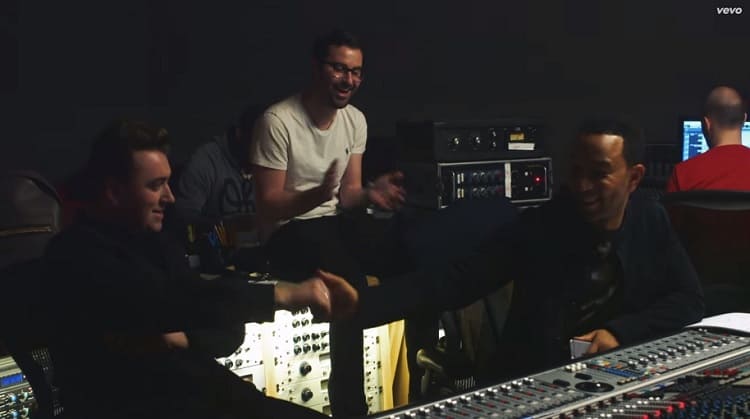 1. A new poll shows support for marriage equality has hit an all-time high, nearly doubling since 2004.

2. Jason Collins, the NBA’s first openly gay player, has signed with Yahoo Sports as an NBA and NCAA analyst. Collins retired from the league last year.

3. “The idea of having a celebration that can’t be fully shared among all the people in my life and all the people that we love just doesn’t really feel like a celebration at all. So until that’s something that everyone can join into with no sense of being left out on any level, politically, emotionally — it’s just not something that we’re gonna do.” “Girls” star Lena Dunham tells Ellen DeGeneres why she and her boyfriend (Jack Antonoff, lead guitarist for Fun) are not marrying until same-sex marriage is legal nationwide.

4. Flavorwire on how Netflix’s “The Unbreakable Kimmy Schmidt” is subverting the gay best friend stereotype.

5. VIDEO OF THE DAY: John Legend joins openly gay singer Sam Smith for a duet on Smith’s song “Lay Me Down.” The collaboration is in support of Red Nose Day, a March 13 charity telethon.