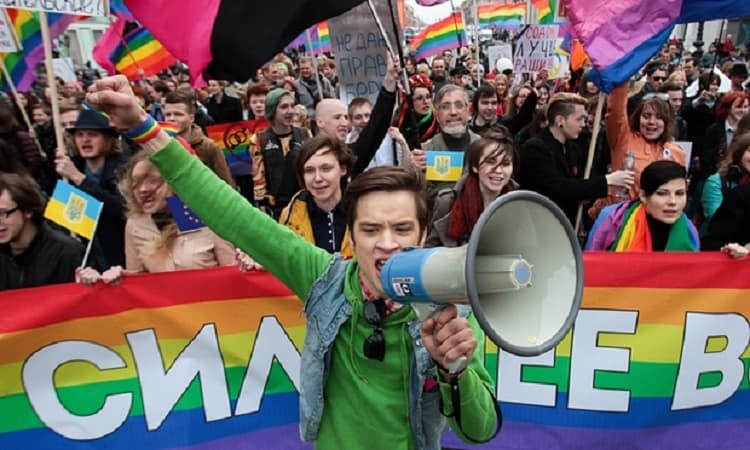 1. A look inside the controversial opening night of an LGBT film festival in Russia, home of the “gay propaganda” law.

2. A gay man says he was brutally attacked by three men outside a gay club in Boston on Thanksgiving night, including having his throat slashed, but his online account on a GoFundMe page he created is at odds with the story he initially told police.

3. Remember that raid on an Egyptian bathhouse last December? The reporter who had a role in the sting operation that led to the raid was sentenced to six months in jail. 26 men were arrested on charges of debauchery and all were later found innocent because of insufficient evidence.

4. “I am out. I live out.” “Two and a Half Men” and “L Word” actress Holland Taylor publicly talks about her sexuality for the first time.

5. VIDEO OF THE DAY: In honor of World AIDS Day, here’s RADIANT PRESENCE, featuring artwork by artists living with HIV/AIDS and those no longer with us.