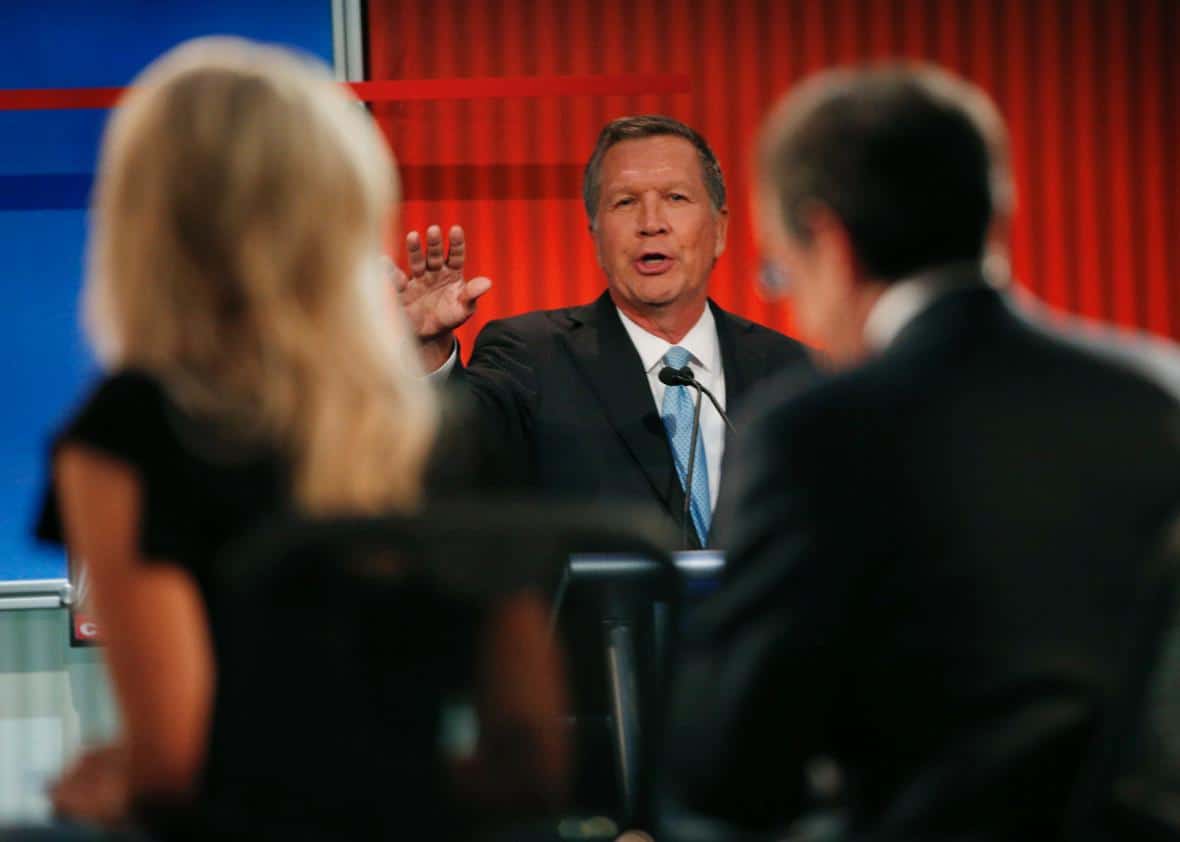 1. Mic notes how at a GOP debate four years ago the crowd infamously jeered a gay soldier, while at Thursday night's debate, they reacted positively to Ohio Gov. John Kasich saying he would love and accept his daughters if they were lesbian or not.

2. “It will make anything else that comes out after that — that isn’t a video — mundane, tame by comparison. I need a controlled burn." This is rich. Michigan lawmaker Todd Courser did what anyone else would do when faced with details of an affair with a  fellow (female) lawmaker coming to light. He had someone send an email to Republican activists saying he had had sex with a male prostitute. One hitch (one?): the staffer who refused to take part in the scheme, who was later fired, recorded the conversations Courser had with him about it.

3. “This is history. This is an experience that happened. How can we not teach history? That’s what we do.” A California high school has begun offering an LGBT history class.

4. "Majority of characters casted are white actors, cis men play the role of transwomyn, and folks who began the riots do not seem to be credited with such revolutionary acts." LGBT activists are calling for a boycott of director Roland Emmerich's upcoming film “Stonewall” after seeing the trailer and accusing filmmakers of “whitewashing” the story by not including the contributions of people of color and gender nonconforming individuals.

5. VIDEO OF THE DAY: Watch this undercover video of a guy being turned down for a job because he's gay.