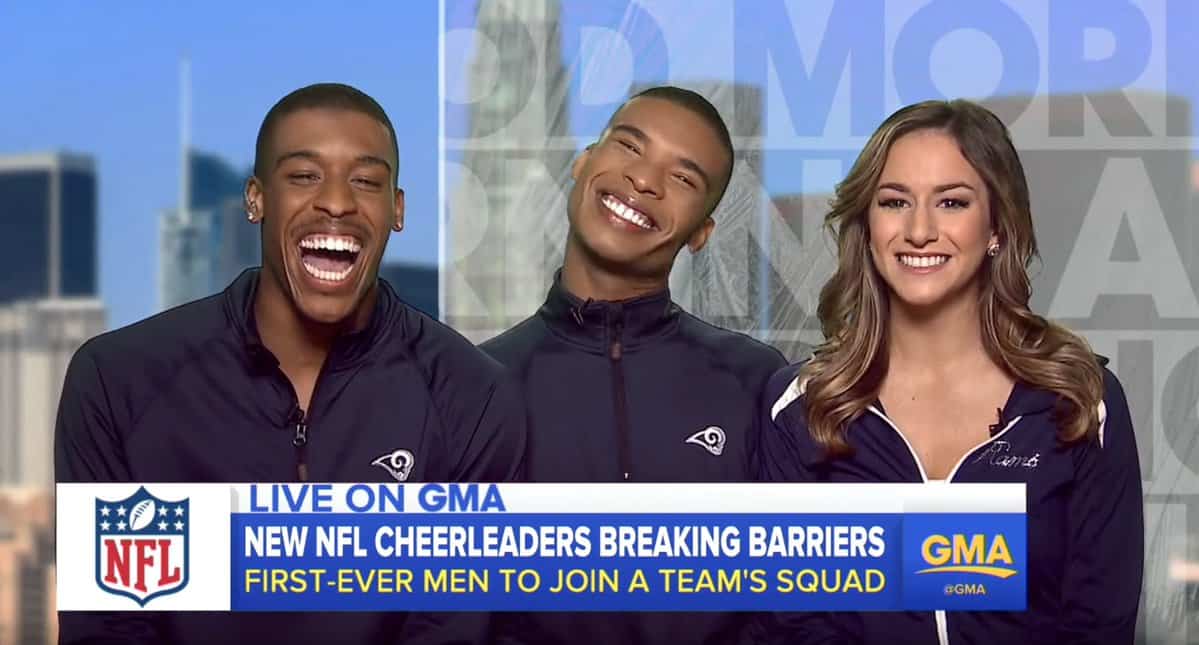 It’s a Friday Funday edition of 5 LGBTQ Things! All pop culture, good news and inspirational stories to give you a break from the heavy headlines as you begin your weekend. Enjoy!

1. The New York Times reports that comedian and LGBTQ ally Kathy Griffin will play Kellyanne Conway on in a guest appearance on Comedy Central’s new “The President Show.” Griffin, who came under criticism last year for appearing in a photo holding the severed head of Donald Trump, told the Times that she was “kicking the hornet’s nest, as much as I can.”

2. Meet these two gay guys who just became the NFL’s first male cheerleaders, Quinton Peron and Napoleon Jinnies. The pair will join the forty-person cheer squad of the L.A. Rams later this season. Both men are classically-trained dancers and lifelong performers. “Good Morning America” quoted Peron as saying “I thought, ‘Why not me? Why can’t I do this?’” LA Rams Cheerleader Captain Emily Leibert has praised the pair as “more than qualified to be ambassadors out in the community.”

3. Designer Nate Berkus and his husband Jeremiah Brent have announced the birth of their first son, Oskar Brent-Berkus. Brent and Berkus are best known as the hosts of the TLC show “Nate & Jeremiah by Design.” The pair made LGTBQ history by being the first gay couple to wed at the New York Public Library in 2014. The child was born on Monday, weighing 8 lbs. and 2 oz. Brent wrote on his Instagram account: “We love you little Oskar. How thankful we are. How beautiful it all is.”

4. Netflix has renewed “Queer Eye” for a second season. The show is one of four unscripted series which got the nod for a sequel series. The reimagined “Queer Eye” premiered on Feb. 7, and is both homage and follow-up to the groundbreaking “Queer Eye” series which ran on Bravo from 2003-2007.

5. VIDEO OF THE DAY: Keiynan Lonsdale, a young gay actor who has appeared in the movie “Love, Simon” and TV show “The Flash,” has released a song titled “Kiss the Boy.” The actor said he was inspired by the trailer of “Love, Simon.” In a Twitter post, Lonsdale wrote that “I believe Life is simply the biggest story that ever was, & each of us has the opportunity to write this narrative in our own unique ways. This is my way.”