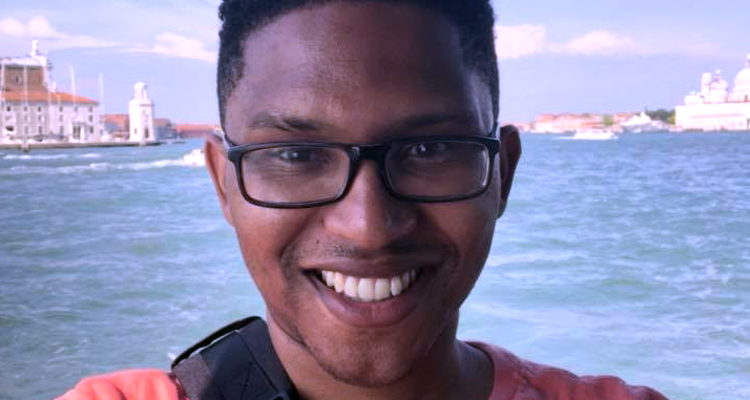 Demetri Gantt calls himself an introvert  and was not particularly keen on speaking on stage in front of 1,300 people. But for someone who shies away from the limelight, he has a wealth of influence on how Atlanta’s businesses expand their support of diversity, both in and outside the workplace.

Gantt started volunteering with the Human Rights Campaign Atlanta Steering Committee as the 2016 presidential race heated up. Now the co-chair of the organization’s Corporate Sponsor Relations Committee and the diversity, equity and inclusion liaison, Gantt was honored for his dedication and service as HRC Atlanta’s member of the year.

“Sometimes these are people that don’t necessarily get their names in lights. They’re the people behind the scenes or people that have showed not only passion and heart, but grace and inspiring work over the last year,” said Percy Brown, communications manager for Georgia Equality and volunteer leader on the National Board of Governors for HRC. “I would say it was a unanimous decision to select Demetri as our steering committee member of the year.”

“The Human Rights Campaign isn’t actually a career path. It’s a passion path. HRC found me,” Gantt told Georgia Voice. Gantt was born in Montgomery, Alabama, on Maxwell Air Force base. After kindergarten he moved to California, then to upstate New York – less than an hour from the Canadian line – and settled in East Cobb in 1996.

“We were the second black family in that neighborhood,” Gantt said. “I’m in a predominantly white area, and I was maybe one of two people of color in my classroom, and it wasn’t the diversity I was used to. I grew up with kids who were Asian, Latino, black, white. It was a very mixed community with military housing.”

He moved away for college and returned to Atlanta shortly to begin a nearly decade-long career in banking. He bought a home, and two weeks later was laid off.

“I battled a lot with depression and feelings of inadequacy. Building myself out of that rut, I had to find a purpose,” Gantt said. “I started phone-banking for Hillary [Clinton] because she had her satellite office in Castleberry Hill.”

Gantt jumped at the opportunity to go to North Carolina with some HRC folks he met through the campaign. One of those was now-colleague Brigid Scarbrough, co-chair of the Atlanta Steering Committee and a member of the HRC Board of Governors.

“HRC had him committing to a weekend-long trip to help support the political canvassing efforts in North Carolina. 2016 was the election year in that state impacted by then-Gov. McCrory’s decision to support House Bill 2,” Scarbrough told Georgia Voice. “Demetri jumped head-first into the fight against this discriminatory bill by committing to be a leader in HRC’s work in [North Carolina] to canvass for pro-equality candidates.”

The trip was a tipping point.

“It was one of the most monumental experiences I’ve had in my life. God was giving me a sign: ‘I did this all for a reason, and I’m leading you this way so you can find this purpose that you’re looking for,’” Gantt said.

After seeing his leadership skills at work, Scarbrough said a friendship quickly developed, as did Gantt’s more official work with HRC Atlanta.

“I have seen Demetri be an Atlanta ‘mover and shaker’ since that trip,” she said. “He is an amazing leader and mentor to our team. He can make connections one-on-one as well as to huge groups and has had a true impact on the work HRC does in Atlanta.”

Brown echoed her sentiments and said it’s rare that Gantt’s name doesn’t come up in discussions about influential young people in Atlanta.

“The work that Demetri does is very nuanced,” Brown said. “He’s the face of the Human Rights Campaign [in Atlanta] to Fortune 500 companies.”

Gantt’s role is to reach out to existing and potential sponsors for upcoming events. He’s also the person companies reach out to if they want to host an inclusivity event of their own, or hold sensitivity and diversity training for their staff and don’t know where to begin.

“I had a company reach out recently that was like, ‘How do I introduce pronouns into the workplace?’” Gantt said. “It’s wonderful, and I get such a giddy feeling.”

Brown’s first impression of Gantt was how engaged and passionate he was in the work laid in front of him.

“I remember seeing Demetri come in, and to see his leadership be cultivated and to see where he is now, I think it’s inspiring and it’s a joy to see him receive this recognition,” Brown said.

Though he’s honored to be recognized by his peers, Gantt says it’s not him that should be considered a “mover and a shaker,” but HRC Atlanta as a whole.

“This group … they help build individuals; they help shape people. I feel like that’s what they’ve done with me,” Gantt said. “The work that I do for HRC, I can’t ever repay them for because they saved me at one point. … It’s not just me having the influence. I’m just one person. We as a group, we are the influence; we are the change. I don’t see myself being the absolute conduit. I’m just there to help, and that’s what satisfies me.”