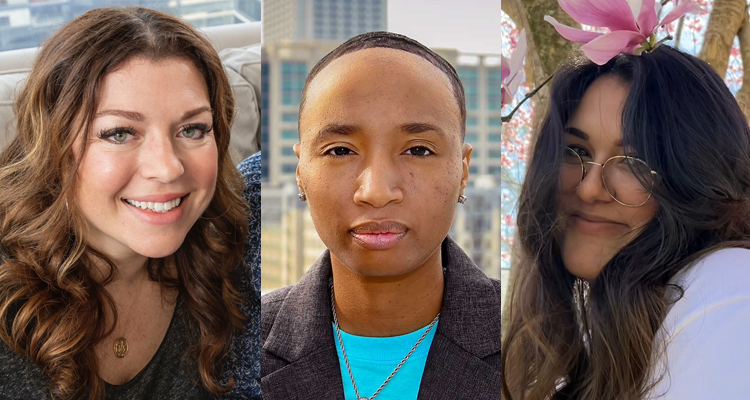 We love women and the women who love them! I gathered three proud women-loving women (WLW) and dear friends of the Georgia Voice to ask them questions about their identity, the realities of womanhood, and how embracing their sexualities allowed them to embrace themselves.

1+ year of identifying as bisexual 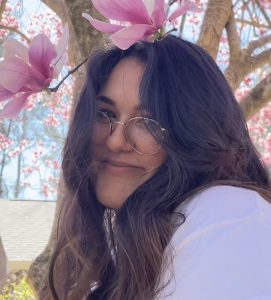 In what ways does homophobia make being a WLW different than being a straight woman?

Homophobia is quite literally everywhere. I have experienced it from former friends, strangers, even my family. Being a woman is difficult in its own right, as our rights to our bodies are constantly up for debate. Being queer adds to that [difficulty] tenfold. All over this country we see elected officials attempting and sometimes passing laws that are essentially taking away our right to exist. For example, the ‘Don’t Say Gay’ bill that just passed in Florida, which is now being attempted to be replicated in Georgia legislature. It is disheartening to see this country moving backwards so rapidly and feeling forced back into the closet for safety reasons after just coming out.

I wouldn’t say that is it more difficult, as being a bi/gay man has many of its own challenges, specifically with toxic masculine culture, but there is a big difference in the way cis straight culture views WLW vs MLM. We are seen as two gross stereotypes, one being the “typical” lesbian — the masculine woman who “hates men so much she wants to become one” – and the other being a phase, a fun, quirky thing you do in college for men to fetishize.

Are there queer women who present masculinely? Sure. Should they be shamed for that? Absolutely not. But a queer woman who loves makeup and wears dresses and hates bugs is no less valid. Two femmes who are together are not doing it so that men can have something to get off to. Women do not base their sexuality on the male gaze, which is the root of both these stereotypes.

I have personal experience with the latter, having multiple men and women refusing to see my relationship as legitimate. I have had questions like how could I want to be with a woman after being with a man, and my girlfriend has had men she’s worked with blatantly ignore the fact that she was in a relationship — which could be chalked up to those men just being horrible, but we all know that if she was dating a six foot, two hundred and something pound man instead of a 5’3, fiesty, Puerto Rican woman those men would have backed off much sooner.

What is all boils down to is a lack of legitimacy for WLW relationships. Again, I’ll say bi/gay men definitely face their own struggles with misogyny, but no one is telling them that the reason they are the way they are is because they never had a woman treat them right.

It has definitely changed the dynamic with some women in my life, and others everything stayed completely normal. The first question from those who felt a discomfort from it was always “Did you like me at one point?” Which honestly I think is a hilarious misconception. Do straight people automatically assume that every other straight person of the opposite sex finds them attractive if they’re friends? The idea that being attracted to the same sex means that you are attracted to every person of that sex is so ludicrous to me I can’t help but laugh. Of course, this misconception is what causes a lot of homophobia and it isn’t actually funny at all, but the idea that someone can be such a narcissist to think that they have somehow influenced your sexuality just by being present for you to look at is laughable.

I actually really like the phrasing of this question. What is means to me recognizes that is means something entirely different to someone else. Being a woman, though we all may have universal experiences, is something entirely unique to the individual. Some women strive to live the housewife life. Some women want to be the powerful girl boss. Some women just want to wear a medieval dress and frolic through a field of flowers — it’s me, I’m some women. But on a serious note, what womanhood means to me is doing whatever the hell makes you feel the happiest and most comfortable in your gender identity. If that means being a homemaker? Do it. If that means owning your own Fortune 500 company? Do it. If that means living a cottage core, self-sustainable life, by all means do it. There is no cookie cutter definition of what it means to be a woman. There is no checklist of requirements. As long as YOU are making the decision that is best for YOU, that makes YOU feel safe and confident and womanly in your own right, then do it. No one else gets to decide that for you.

25+ years of identifying as lesbian 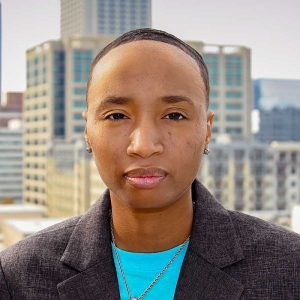 In what ways does homophobia make being a lesbian woman different than being a straight woman?

The ways in which homophobia makes being a lesbian woman different than being a straight woman [has to do with] all of the myths regarding being a lesbian. Such as, we had a bad experience with men, we were sexually molested when we were younger and, for the dominant appearing lesbians, we want to be men.

I believe there is really no difference, misogyny is similar in a lot of ways in both the lesbian, gay and bisexual communities.

Embracing my sexuality has impacted my non-romantic and sexual relationships in a positive way. When you are able to embrace and accept your authentic self, there is such a contagious grace about yourself that radiates through not only you but others as well.

Womanhood to me is embracing every part of you especially the unique components that you such a phenomenal woman! Tapping into your womanly energy! 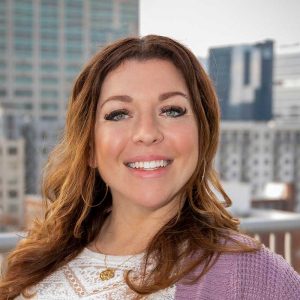 In what ways does homophobia make being a lesbian woman different than being a straight woman?

I came from a very religious background and moved from Waco, Texas, to Atlanta. I had lived in Waco for 18 years and built a big business over there. A lot of my clients were members of an Evangelical church. When, at 31, I realized that dating women was a better fit for me, it put me in the position where my business felt threatened if I were to live my authentic life as a woman that wanted to date women. I ended up moving to Atlanta because I felt I could not run my business successfully in Waco without a lot of resistance or loss of clientele. Straight women don’t have to deal with that. A straight woman doesn’t have to move cities because she feels like they can’t be herself and have people hire her.

When men don’t understand something, the energy that is met with that is hostility or anger and frustration. It’s not every man, of course, but I don’t understand why there isn’t more of an affinity for curiosity and asking questions about things they don’t understand. When you’re a gay woman, a lot of men don’t understand. So, already, there’s sort of a hostility and separateness. Maybe that’s more of my experience because I’m a femme lesbian. My girlfriend, who has more masculine energy, gets along great with guys. I find that men in general are more willing to be curious with other men.

With my close friends, [coming out] just brought us closer. When I said, ‘Hey, here’s my authentic truth,’ they were all deeply supportive and so on board. One of them identifies as bisexual, so it was a new area of connection for us. Me being my authentic self strengthened relationships with people I was close with. I never had any lesbian friends until I moved here, so identifying as gay and getting to meet other women who I’m not dating but have the same identity that I can be friends with has really helped me as an individual.

It just means being powerful. I love being a woman, I’ve always loved being a woman. I come from a matriarchal family, so that’s always been a gift. The greatest gift has been learning how to tap into that power and autonomy of self and recognizing how much we carry within us as women.