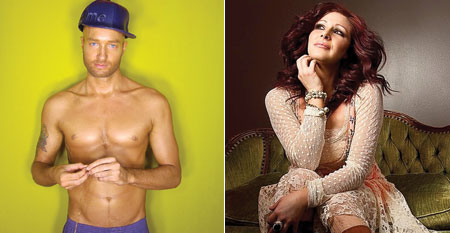 A summertime trip to the amusement park is as American as apple pie.

Rainbow Days at Six Flags Over Georgia returns for a third year with an expanded lineup of events, including a day in the theme park on Aug. 25, complete with a concert featuring ‘80s pop star Tiffany and raunchy gay rapper Cazwell, followed by a Sunday picnic in Piedmont Park.

Carmen Smith, founder of Rainbow Days, hopes to create an event similar to “Gay Days at Disney” for Atlanta.

“I wanted to bring something different to the city,” Smith says. “We need our own day out in the park.”

Tickets to the event are $49.95 and include parking, park rides, a supper buffet and live stage entertainment. Buying everything that’s included in the ticket separately, Smith says, would cost nearly three times as much.

“We have a really nice ticket package, and the entertainment is included in that. That’s an unheard of price we’re offering. We’re surprised they’re selling as early as they are,” she says.

Rainbow Days is an unofficial event, meaning the park will be open to general admission attendees, as well as LGBT visitors, on Aug. 25.

The first gay-themed day at Six Flags Over Georgia was Pearl Day, which shutdown amidst controversy after 2009 organizers were unable to contribute promised donations to three Atlanta beneficiaries of the event: Atlanta Pride, CHRIS Kids and Pets Are Loving Support. Organizers blamed low attendance, while some in the community blamed poor planning.

Led by different organizers, Rainbow Days stepped in to fill the gap in 2010 as an unofficial gathering of LGBT patrons, and leaders made clear the event wasn’t meant to be a replacement for the defunct Pearl Days.

“We’re funding everything out of our pockets,” Smith says. “This year, we have major sponsors that are helping out some. It’s expensive to do it, but once people start participating, it’ll become a nice event for the city.”

Sponsors of the event include the Gayborhood App, Coca-Cola, Living Social, Bacardi, Absolut and Pegasus Residential.

Ticket sales for this year’s event are already ahead of the previous two years, Smith says.

Headlining the music stage this year will be ‘80s teen pop star Tiffany. The “I Think We’re Alone Now” singer is an ardent supporter of gay rights and has performed at various pride events across the country, including Atlanta’s Pride festival in 2008.

Gay rapper Cazwell is also scheduled to perform. Cazwell hails from New York City and is known for his “Ice Cream Truck” and YouTube smash hit “I Seen Beyoncé at Burger King.”

“The boys at Blake’s love him,” Smith says. “They know all his lyrics. He’s very popular.”

Beneficiaries of this year’s Rainbow Days will be The Health Initiative, MEGA Family Project and Pets Are Loving Support.

“There were not any beneficiaries the previous two years, mainly because we were funding everything out of our pockets,” Smith says. “We’ll definitely be giving back to the community this year. You have to give back.”

Each year, three new beneficiaries will be selected to receive a portion of event ticket sales, she says.

“We know that if you invest in something, you can reap the benefits and share the profits,” Smith adds.

Blake’s on the Park will kick off the weekend with a pre-party bash on Aug. 24. Attendees will head to the park the following day, and several after-party events are planned for that evening, including official parties at LeBuzz, Jungle and My Sister’s Room.

The weekend wraps up Sunday, Aug. 26, with a picnic lunch in Piedmont Park, Smith says. Hotdogs, hamburgers and other grilled treats will be available for free to those who purchase tickets to the Six Flags event.