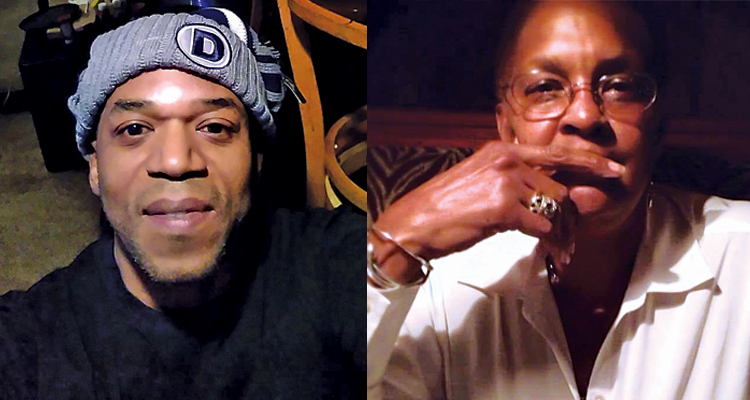 Remembering Traxx and Texas: Atlanta Black Gay and Lesbian Nightlife Back in the Day

Soon after my arrival in Atlanta in July 1992, I came upon a surging Black gay nightlife, which helped convince me that relocating from New York City was worth the risk. There were plentiful watering holes that made for a lush social landscape. These were spaces intentionally carved out for people who were Black and queer like me. They provided communal joy, pleasure, and relative safety. It should never be forgotten that these venues were indispensable for Black queer community formation in Atlanta and chocolate cities across the land. I made time to get reliable stories about two such spaces from two individuals whose contributions deserve far wider recognition: Phillip Boone, former owner and co-founder of TRAXX/Warehouse Atlanta, and Jocelyn Lyles, co-founder of Hospitality Atlanta, which ran the women’s parties at Texas.

Boone left a declining Detroit in the winter of 1982 for Atlanta at the suggestion of his cousin David Hampton, who was attending Morehouse College. Along with his roommate Durand Robinson, Boone moved to the Atlanta Overlook, an Old Fourth Ward apartment complex known for its abundance of Black gay male residents. In 1983, Boone and Robinson began throwing “All You Can Drink” parties, which quickly drew a following.

“The reason why we started giving parties is that we would try to get into certain [white] clubs and we would need three pieces of ID,” Boone told Georgia Voice.

Boone, Hampton and Robinson, and Homer Smith marketed themselves as “The Ritz Boyz” because they all worked at the Ritz Carlton Hotel. Recognized as the Father of Black Pride, Henri McTerry was an iconic event planner who worked closely with the Ritz Boyz. In 1989, Hampton became the manager of the Phoenix aka The Warehouse, renamed after the legendary Chicago club. Hampton then persuaded the owner to reserve a Black gay night which in turn established the TRAXX Saturday parties.

Boone and Hampton became the owners of TRAXX at 306 Luckie St in downtown Atlanta. It was a cavernous palace with two floors, loft-like ceilings and an atrium. While large clubs could be easily found in Washington D.C. or New York City, Black gays in Atlanta had never seen such a sweeping facility designed for them. Bars like Foster’s Lounge, Loretta’s and the infamous Marquette were community favorites, but they were limited to smaller crowds. TRAXX was not only bigger than its rivals. It was distinguished by its attention to décor as inspired by the New York scene. Theme parties were given such as Destiny’s Child’s “Survivor” featuring camouflage decoration along the walls and Martha Wash’s “Make It Rain” with sprinklers by the dance floor.

By 2004, Traxx relocated to the Atlanta Live/Dekalb Events Center. As more women started to join the guys, the Ritz Boys partnered with Melissa Scott to develop Traxx Girls. As gay men and lesbians tended to party separately, bringing them together on the same night was a significant feat. One of the few surviving entities from the era, TRAXX Girls is now an “entertainment company specializing in providing captivating events for women who love women.”

“The history of Traxx is just like the history of Black America, because we created it at a time when it just didn’t happen, it was not there for us,” he said. “We took our passion, eagerness and youthfulness and delivered something to community that they needed. We had guys that knew how to decorate and build these creative scenes that I don’t know when we will see again in Atlanta.”

I met Jocelyn Lyles years ago, but this was our first full one-on-one conversation. She was one of the founding activists who hosted women’s parties at a restaurant named Texas and developed the Black lesbian organization, Hospitality Atlanta. She shared with me the significance of social space exclusively set for Black lesbians. Following her graduation from Howard University in 1978, Lyles moved to Atlanta, where she came out and met her first girlfriend.

“It was a matter of discovery,” she said. “The queer lifestyle was new to me.”

She lived in the Virginia-Highlands area, where she found her place within a nurturing lesbian community.

Once Lyles began organizing in Atlanta, she encountered white gay men organizers who were resistant to working with Black lesbians.

“Charlotte Shaw, Charlene Cothren, Sandy Joshua and I joined forces to entertain Black lesbians in Atlanta because we needed something that’s going to be exclusively ours,” she recalled.

Cothren was a well-known activist who founded Venus Magazine, one of the most popular Black LGBTQ periodicals of its time. Cothren persuaded the downtown restaurant known as Texas to host women’s parties on Saturday nights. Their crowd grew exponentially in little time.

“We had low-cost entertainment and they loved it,” Lyles said.

Given that it was an era when Atlanta offered few options expressly for Black lesbians, Texas was a much-needed oasis. Atlanta’s LGBTQ infrastructure was dominated by white gay men and to a lesser extent white lesbians, while the emerging Black LGBTQ social scene mostly catered to Black gay men.

“The guys were always able to take over because they drank more, they hung out longer,” Lyles said.

Black women enjoyed the Otherside (known for its R&B nights) and Sports Page, but they were not Black-centered.

“People came to Texas because they felt a sense of belonging,” Lyles said. “They didn’t have to worry about competition from men. We gave them the space where they could really enjoy themselves.”

Core members were receptive to women’s interests beyond partying and founded Hospitality Atlanta.

“From the parties, we had all kinds of events, DJ competitions, theme parties,” Lyles said, “and from that grew the relationship seminars and a Black women’s business event in Colony Square.”

Hospitality Atlanta launched what would become its hallmark event, a Memorial Day weekend retreat at Georgia’s Red Top Mountain. Within the first three years, the event tripled in attendance, and they had to rent several different spaces to accommodate women coming from all across the country. The Red Top retreat provided a platform for emerging writers such as Fiona Zedde and vendors promoting their businesses.

“We gained popularity from the notion that we are welcoming you here, we are glad you have come,” Lyles said.

Both Boone and Lyles noted the limited number of  entertainment venues that currently cater to   Black LGBTQ Atlantans. Boone has left the club promotions field and now works for Ventura, a distributing company for restaurant products. He is considering a special reunion event to honor Traxx. He laments the current lack of formally established Black bars and clubs.

“I wish people could be a little more creative and commit more to the responsibility of running businesses,” he said. “Since we’ve closed, how many Black gays have a liquor license in their name?”

Lyles points out that LIA (Ladies In Atlanta) promotes Black lesbian entrepreneurship, organizes day parties, and recently sponsored trips to Key West Pride (2021) and DC Pride (2022). Lyles was a board member for Zami NOBLA, a renowned advocacy organization for older Black lesbians. She now works with the APD Code Enforcement of Atlanta and is preparing for retirement. .

She recently enjoyed hanging out with her sisters at Ron Pullman parties at the Eagle, which is now closed.

“Now entertainment for Black lesbians in this city is practically nil,” she said. “Individuals have their private gatherings. But to my knowledge, you don’t have what we had.”

Outside of private functions, visible Black LGBTQ nightlife is disappearing along with the de-gaying of midtown Atlanta. We have fewer brick and mortar sites now than we did when I arrived here 30 years ago. I hold tightly to my faith in turnings. If one generation had the conviction to build that which did not previously exist to meet their needs, then so could another. We do not need to replicate the past in order to meet today’s needs for Black LGBTQ affirming public space in Atlanta. I look upon of the models of TRAXX and Texas. I marvel at the creativity embodied by Phillip Boone and Jocelyn Lyles, and the achievements of the Ritz Boyz and Hospitality Atlanta, and I think anything is possible.