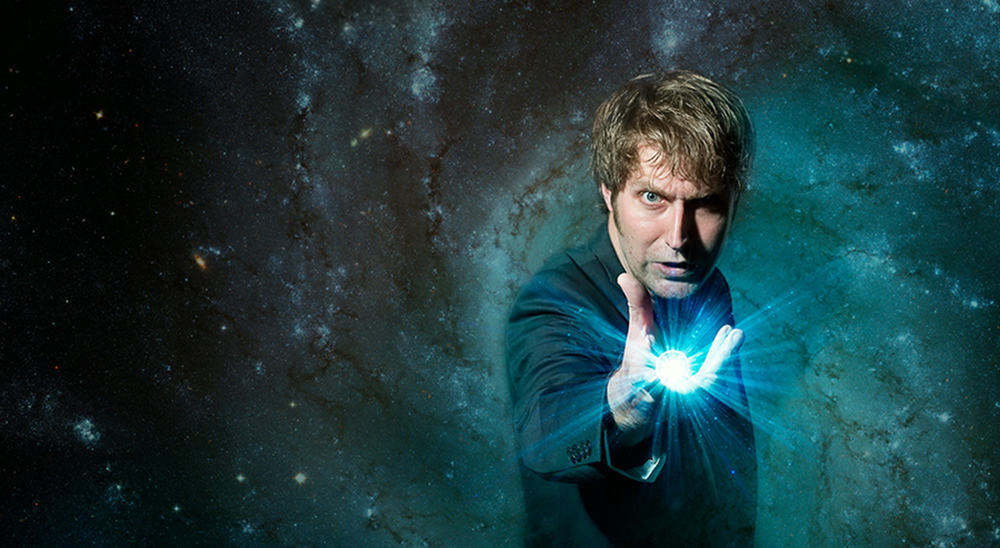 7 Stages production explores mysteries of universe in ‘The Doctor, The Devil, & My Dad’

Heidi S. Howard can’t easily describe the new play she is directing, but she knows it’s one of a kind. The out artistic director of 7 Stages says the just-opened “The Doctor, the Devil, & My Dad” isn’t altogether a comedy and isn’t really a tragedy either.

“It’s human and truthful and real, kind of hysterical and heartbreaking at the same time,” she says.

Playwright Suehyla El-Attar wrote “The Doctor, the Devil & My Dad.” Howard and El-Attar have been working in the Youth Creates program at 7 Stages for the last six years, creating original shows with kids every summer.

“Through that time we have grown to respect each other’s work and have become close friends,” Howard says. In February 2012, El-Attar’s father passed away. Howard says felt she knew him via El-Attar.

“She is an amazing storyteller; she would tell stories about how she was dealing with her family, with her being the primary caretaker during his illness,” Howard says. The stories El-Attar would tell about growing up in a Muslim household would either make Howard laugh or bring her to tears.

“It was like I was there in the room,” Howard says. She was fascinated by the anecdotes—how father and daughter would watch “Dr. Who” together; stories of how El- Attar’s father said he could not wait to die, but when the time was close he became scared. Howard loved hearing about the family’s Muslim traditions as well.

“The day he died, he had to be buried within 24 hours,” says Howard. “I found myself visiting his grave and Suehyla was telling me about her experiences. I told her she had to put it on the page.”

Although the play is based on those anecdotes, the main character is fictional. Summer (played by Stacy Melich) is a young woman whose father has passed. At the funeral, she uses fantasy to deal with her grief. Characters such as Summer’s version of The Devil (played by Gina Rickicki), Doctor Who (played by Nicholas Tecosky) and others be-
gin to appear, with Topher Payne playing the character of The Man.

“I wanted Suehyla to use fantasy to be able to connect this universal feeling in a creative way,” says Howard.

“Death is a universal experience,” she adds. “We go through our rituals. The mourning process is a human experience. Anyone can relate. In the LGBT community we are very quiet about losing our partners.”

Although she had been serving in some capacity for several years at the theater, Howard officially took over as artistic director about a year and a half ago. “Angry Fags” by Topher Payne was the first big show under her name.

“The last year and a half has been fantastic,” she says. “I have been able to be challenged. I wake up every morning and say ‘What is my life?’ And I get to come in and do what has kept me here from the beginning. I walked into a spot that keeps the doors open for artists to bring in ideas. I make sure I am accessible.”

7 Stages has always been known for edgy fare, and Howard has no interest in breaking that tradition. “I want to continue to look at what (co-founders) Del (Hamilton) and Faye (Allen) did and push the boundaries about what theater is,” she says.