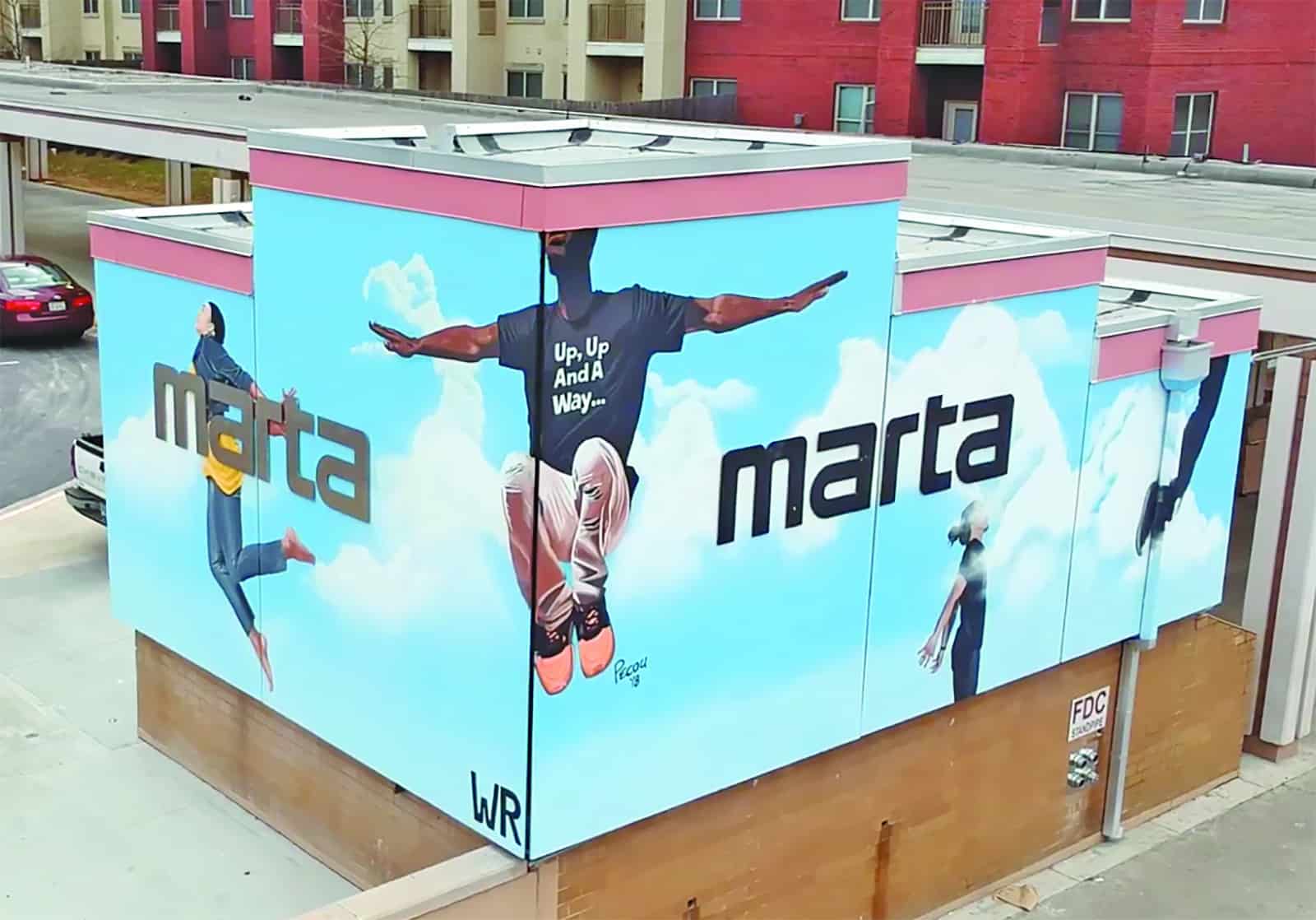 Jamie Roberts
Art
June 8, 2018
Now in its fourteenth year of existence, WonderRoot, a nonprofit arts and services organization with a mission to unite artists and community to inspire positive social change, is stronger than ever and on the verge of a major expansion. The organization was founded in 2004 by Chris Appleton, Alex West, and Witt Wisebraum as a way to bring people together people who were disaffected by the atmosphere during the presidency of George W. Bush (a feeling shared by many in this current regime). They set out to leverage the power of public participation in art to amplify the demands made by the community.

The name “WonderRoot” was meant to capture the imaginative spirit that it takes to make change, while staying firmly fixed within the community to do the nitty-gritty stuff. WonderRoot’s space is a repurposed home on Memorial Drive between Cabbagetown and Moreland Ave. they secured in 2008, the same year they got their 501(c)(3) nonprofit status. The intention was for the space to be the center of a sustainable, thriving arts scene they felt Atlanta lacked, forcing talent to leave for cities with larger, more established art markets. Paying the $60/year membership fee for joining WonderRoot gets you access to their facilities, including an audio recording studio, a ceramics studio, a computer lab, as well as performance and gallery space, providing space for a first gallery show, instruction to hone their craft, and a community of peers to network and inspire.

In 2011, after research showed that art schools weren’t adequately preparing graduates for how to approach galleries to get their work displayed, the organization began its Walthall Fellowship, which is their signature artist professional development fellowship. It’s a year-long program, open to twelve artists who participate in roundtables and symposia with gallery owners who advise them on how to get their careers going and sustain them. The program culminates with a group exhibition at the Museum of Contemporary Art of Georgia (MOCA). This year’s exhibit will begin July 12 and run through Sept. 8.

These days, now that there are a lot more artists staying in and producing art in Atlanta, WonderRoot is shifting its efforts to ensuring these artists have enough opportunities to sustain their careers. They’re doing this by approaching civic and social institutions to ensure they’re working with artists in sustainable and ethical ways. One example is a program with MARTA, begun three years ago, called “En Route,” funded by the National Endowment for the Arts, as well as Fulton County Arts and Culture, and several other donors.

A total of four murals are being installed at four MARTA Stations. The process began with gathering input from communities surrounding the stations in a series of meetings. The first completed installation in this series is at the King Memorial MARTA Station, a mural whose concept was created by artist Fahamu Pecou. This was followed by Oakland City station, and more recently at the Ashby Station, and the Hamilton E. Holmes station.

As the organization grew, it sought to expand its physical space to accommodate the needs of the artists they’ve helped nurture who would benefit from affordable studio space. To this end, they looked down the street in their own neighborhood to the property of the former Tech High, a charter school which opened in 2004 on the eight-acre campus which was previously known as the Hubert Elementary School at 1043 Memorial Drive SE. Tech High eventually had to close in 2012 due to under-enrollment and failing finances.

In 2014, Atlanta Public Schools approved an agreement with WonderRoot for the organization to take over the property, which includes 54,000 square feet of space in the school building itself, in addition to the rest of the property. Problem was, the deed to the property was still held by the City of Atlanta from when they ran the schools directly, prior to the separation of the Atlanta Independent School system from the City in 1973. After years of a very public feud between the entities over many properties still held by the City, it was one of 31 current and former properties the Atlanta City Council voted to deed to the Atlanta Independent School system on Feb. 19, 2018.

Jake Pardee, communications and development co-ordinator at WonderRoot, says they’re moving forward with the project, to be called the WonderRoot Center for Arts and Social Change in what is now a rapidly changing Memorial Drive corridor with new live/work/play developments just down the street. Once completed, they will leave their old facility completely and reopen with larger facilities including 40 to 60 new artist studios converted from old classrooms, expanding their Open Access Studio Program to allow members access to the same amenities as before, including an expanded performing arts space.

Keep up with their work at WonderRoot.org.