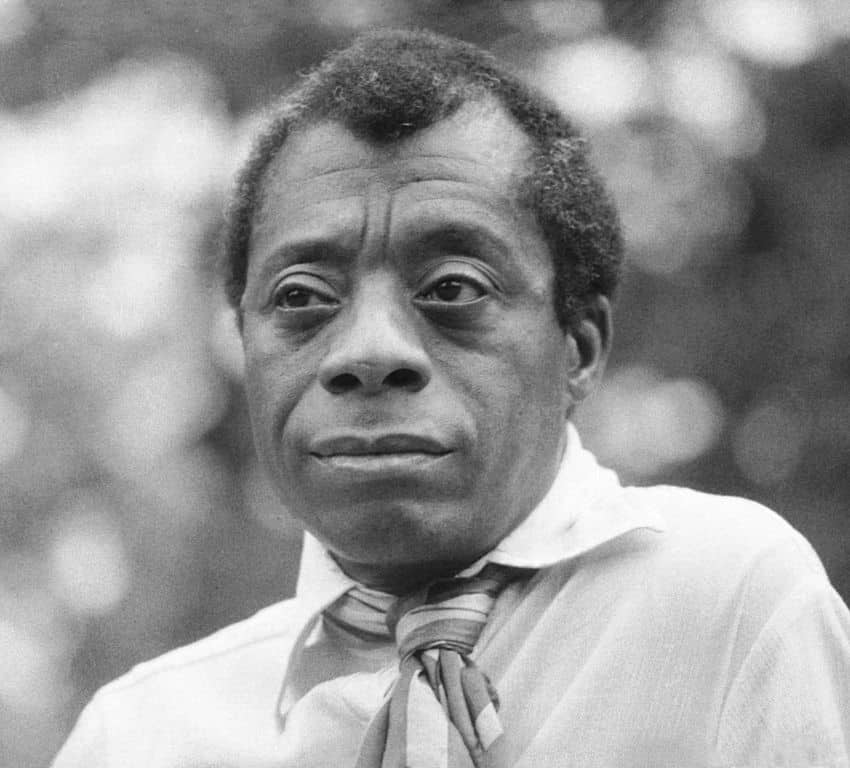 Anyone who’s spotted my “Reading Is Sexy” bumper sticker or has witnessed me attempt to override my knee-jerk urge to gently correct someone when they use the wrong word (I promise I don’t mean you any ill will, and I’ve gotten much better over the years) knows how passionate I am about the written word. I owe my fathomless love of reading and my decision to become a writer to my Aunt Ann, and I was all too eager to include black writers and poets who are also members of the LGBTQ community in our Black LGBTQ Pride issue. Ready to getcha learn on and discover some new wordsmiths to fill your bookshelves?

No list of black writers (queer or otherwise) is complete without at least a quick mention of the legendary James Baldwin. One of the many things that makes Baldwin so prolific is the fact that his writings deal with both the psychological and social issues of bisexual and gay black men. What’s more is that Baldwin often spoke and wrote on the struggles as well as the politics of the black community as a whole, his efforts earning him a spot on the cover of Time magazine in 1963.

One of the first things to mention about lesbian feminist and socialist Barbara Smith, who is an essayist and short story writer, is the fact that she founded a publishing company called Kitchen Table: Women of Color Press. The feminist press was created in response to racism in the women’s movement, as well as from Barbara’s desire to create visibility and availability of black female writers. Smith’s words have appeared in a number of publications, including The New York Times, The Guardian, Gay Community News, and The Village Voice, and she was also a teacher, lecturer, and critic.

An openly gay poet, Essex Hemphill was a published poet whose works focused on how black men are objectified in white culture and the HIV/AIDS epidemic that continues in the black community today. In 1979, Hemphill was a co-founder of a publication focused on modern black artists called the “Nethula Journal of Contemporary Literature.” Hemphill passed in 1995 from AIDS-related complications, and his legacy is recognized at NYC’s LGBT Center on The National Day of Remembrance of Essex Hemphill.

Anita Cornwell is noted for publishing what’s considered the first collection of essays, “Black Lesbian in White America,” from a black lesbian. Cornwell worked as a government clerical worker and journalist, and her work also appeared in National Leader, Feminist Review, The Negro Digest, and Los Angeles Free Press.

Noted for penning the first book series to feature black gay romance, E. Lynn Harris wrote 10 New York Times bestselling books, a feat that made him one of the most successful gay/black writers of his time. Harris also became the first black yearbook editor as well as the first black Razorbacks male cheerleader when he attended college at the University of Arkansas at Fayetteville. Harris passed from heart disease in 2009 at the age of 54.

Alice Dunbar Nelson is a bisexual poet, journalist, and activist whom you might remember from the Harlem Renaissance. While a great deal of Nelson’s writing wasn’t deemed marketable due to the fact that she touched on such “controversial” subjects such as oppression, racism, and the color line, her short stories and poems were successfully published in The Monthly Review. Nelson was married to prominent poet and journalist Paul Laurence Dunbar, but their relationship was a rocky one due to Dunbar’s inability to accept Nelson’s bisexuality, as well as his depression and physically abusive tendencies.

Having read “Push,” I can attest to the fact that performance poet and author Sapphire knows how to pack a heavy emotional uppercut in her words. Openly bisexual, Sapphire is also an educator and social worker. Her pen name was inspired by the former association of sapphires with a “belligerent black woman.”

Know that there are so many more LGBTQ black writers and poets to discover from a variety of genres. If you’re looking for a new writer or poet to sync your soul to, take a dive into the wild, melanated yonder and see what literary diamonds you discover. Happy reading!